Netanyahu Lost Israeli Vote, but Palestinians Were Bound to Lose Whoever Won 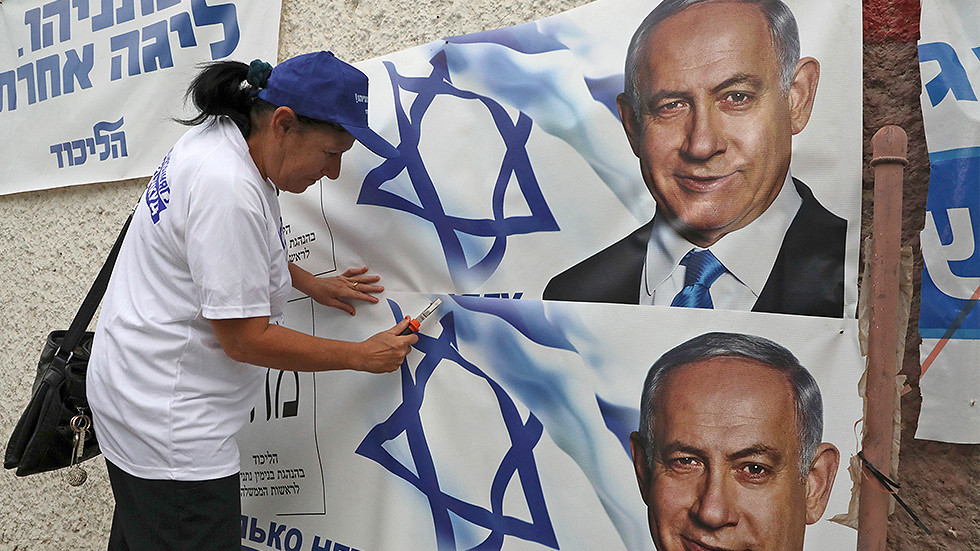 18 Sep, 2019 – Vladimir Lenin is said to have opined that the only thing certain about British elections is who is going to lose. He meant the British working class, at a time when they were effectively unrepresented in the political system.

Equally, whatever the outcome of the Israeli elections, the Palestinians will be the big losers. According to preliminary results, Netanyahu has lost his majority of course – having failing to reach the magic number of 61 seats in the Knesset.

But his opponents – the Palestinians living under siege in Gaza, under occupation in the West Bank, or under annexation in East Jerusalem, an annexation Netanyahu threatened to visit upon the whole of the Jordan Valley – are no better off.

Neither, for that matter, are the so-called “Arab-Israelis” who increasingly identify as Palestinian citizens of Israel and whose treatment as the ‘enemy within’ reached its apogee in Likud hate-speech about them. This saw them briefly banned from Facebook last week.

Neither is an election the final say on the matter – this is the second in five months – and the fact that no-one seems likely to gain a majority will see the attention swiftly turn to horse-trading. And that, for the Palestinians, is the danger.

The most obvious kingmaker in the negotiations is Netanyahu’s former defense minister Avigdor Lieberman, whose furious fall-out and departure from the coalition with Bibi arguably led to this second election. No-one really knows what the beef between the two men really was, but the stated proximate cause was the government’s dependence on the Ultra-Orthodox communities and their Knesset members.

Lieberman, so far as the world is concerned, is a dangerous, even rabid, extremist. But his Yisrael Beiteinu party is vigorously secular and secures its votes from secular hardline nationalists, many from the former Soviet Union.

If it is possible to imagine anyone being less interested in peace – paid for by justice – for the Palestinians than Netanyahu, then Lieberman is that man. With almost all the votes counted, his party has gained new seats.

Lieberman claimed that he was held back by the “moderate” Netanyahu from incinerating the whole of Gaza which he clearly – and not just privately – wishes to wipe off the map.

Mind you, so does the likely king, the main opposition leader Benny Gantz, whose Blue and White Party seems to have gained seats. He, too, is avowedly secular so the basis of a deal with Lieberman is obvious.

A muscularly secular hardline nationalist coalition which is pledged to hardline punitive policies towards the Palestinians, or… Benjamin Netanyahu. Take your pick.
Gantz’s campaign focused on the need to prosecute the outgoing prime minister for bribery and corruption, crimes of which Mrs Netanyahu is already convicted.

More: Netanyahu says he will annex Jewish settlements in Hebron if re-elected

Hence a Grand National Coalition – which would enjoy a comfortable majority in the Knesset and, relatively speaking, a fair international wind – between Blue and White and the Likud would only be possible if the Likud ditched Netanyahu. My money is on that outcome, and on Washington so advising round about now.

Unprotected by prime ministerial office, like other Israeli prime ministers and presidents before him, Netanyahu would likely be headed for prison. Or asylum in Moscow!