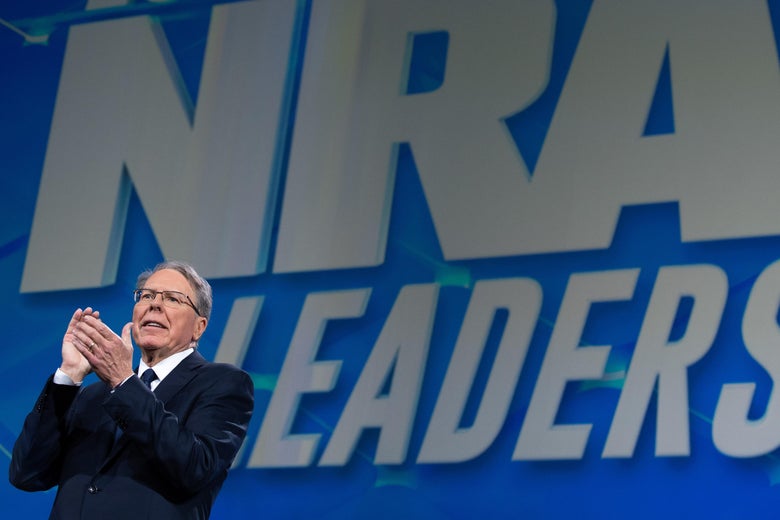 10 Sep 2019 – The National Rifle Association filed suit against the city of San Francisco yesterday after the city declared the gun rights group a “domestic terrorist organization.” The city’s Board of Supervisors unanimously approved the resolution that was introduced six weeks ago after at least three people were shot and killed at a garlic festival in Gilroy, California. After its passage last week, the board acknowledged the nonbinding resolution had little practical effect beyond its portrayal of the NRA, which the board hopes will spur the city to curtail relationships with companies that do business with the NRA. A spokesperson for the NRA dismissed the resolution as a “sound-bite remedy,” but that hasn’t stopped the gun advocacy group from taking the fight to court.

The NRA’s suit says San Francisco’s terrorist designation violates the group’s First Amendment right to free speech. The court filing called the label a “frivolous insult,” but that “San Francisco’s actions pose a nonfrivolous constitutional threat.” “[M]embers and supporters will suffer irrecoverable loss and irreparable harm if the members and supporters are unable to obtain government contracts because of their constitutionally-protected rights, or if the NRA is deprived of vendor, contractor, member or donor relationships when persons intimidated by the Resolution sever their NRA ties,” the suit said. A lawyer for the group said the designation was “an assault on all advocacy organizations across the country.”

“The NRA has been battling a number of challenges to its operations in recent months, including an investigation by the attorney general in New York, where its charter was formed, and the attorney general in Washington, D.C., where authorities are questioning whether its operations are in violation of its non-profit status,” the Associated Press notes. “There also have been internal battles over NRA leadership with the group’s then-president, Oliver North, and its top lobbyist, Chris Cox, stepping down, giving gun-rights activists pause about the NRA’s ability to hold sway in the upcoming 2020 presidential elections.”