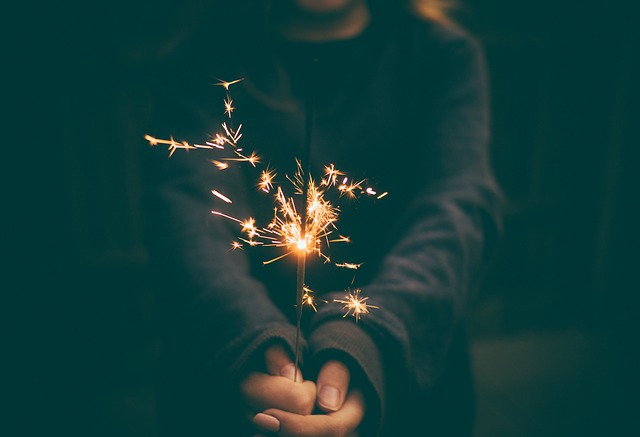 Image by Pexels from Pixabay

30 Aug 2019 – Change doesn’t happen in a vacuum. Resistance is a continuum. Nonviolent movements arise amidst the efforts of many other struggles. The knowledge of how to organize for change is a global legacy passed between movements and generations of activists through lineages of inspiration that stretch through hundreds of years. (The first recorded strike happened in 1170 BC when Egyptian pyramid builders refused to work until they were paid; they’ve been happening much the same way ever since.) We learn from one another both directly and indirectly. We mimic creative tactics. We replicate strategies. We learn from mistakes. We are emboldened by others’ courage.

I collect 30-50 stories of nonviolence in action each week for Nonviolence News, a news round-up that shows how people around the globe are making change. In the news articles, I often notice clear examples of knowledge-sharing and inspiration passing between global movements.

Wunseidel, Germany’s 2014 involuntary walkathon pledged money to social justice causes for every alt-right marcher that showed up for the march, thereby making them fundraise for causes they hate. This inspired a similar action in Portland, OR, that raised $36,000 for immigrants’ rights groups during a mass rally for the alt-right. Recently, Hong Kong protesters deliberately organized a 28-mile human chain inspired by the 1989 Baltic Way – a human chain involving 2.2 million people that stretched hundreds of kilometers across Latvia, Lithuania, and Estonia. They even named it the Hong Kong Way. When migrant rescue boat captain Carola Rackete was arrested for saving lives, the crew of a second ship, the Alex, was inspired to defy the law as well.

While the Internet has aided this phenomenon, the way ideas leap from one movement to the next is not new. Throughout history – albeit at a slightly slower pace – this has occurred. The word “boycott,” for example, was coined in 1880 when Irish tenants launched a campaign of social ostracizing against Captain Charles Boycott for his role in brutal evictions. Within six weeks, newspapers as far away as New York City were using the term. A few years later, as the term continued to rise into popular usage, guess which student in Britain was reading the British newspaper reports on the Irish and other struggles? A young guy named Mohandas K. Gandhi.

This was far from Gandhi’s only inspiration as he mobilized mass strikes, boycotts, and civil disobedience in the struggle for India’s independence from British rule. He was both highly innovative and a deep thinker and strategist. He clearly learned from the struggles of his time. He drew ideas for nonviolent action and philosophy from a wide range of global writers and thinkers, both Eastern and Western. His unique stamp would have, in its own turn, global impact.

Some of this was spontaneous – but much of it occurred through direct connection. African-Americans, for example, had a long and well-documented exchange with both Gandhi and his successors. Letters and essays on nonviolent struggle were published in African-American newspapers and journals.

In the early 1950s, Rev. James Lawson traveled to India just after Gandhi’s assassination to deepen his study of nonviolent resistance. Upon his return, he became one of the foremost strategic architects of the US Civil Rights Movement. In later years, he has worked with numerous labor justice and other movements. He has also taught countless organizers throughout his long life and emphasizes the importance of training and study to movement success.

Movements share tactics and strategies, and they also share artistic themes. When I wrote my novel, The Dandelion Insurrection, using the dandelion as a symbol of resistance, numerous readers wrote to me about its use by movements as disparate as Norway’s resistance to joining the European Union, the United States’ 1970s Movement for a New Society, the recent Black Lives Matter Movement, and even the global climate justice movement. Like its namesake, it’s a symbol that continues to pop up all over the place.

Music, art, slogans, and imagery circulate between movements in innumerable ways. To highlight one example, the iconic song of the Civil Rights Movement, We Shall Overcome, has had many incarnations. The first version was written in 1900 by African-American Rev. Joseph Tidley under the name, I’ll Overcome Some Day. This version was well-known throughout the labor movement of that decade. A second version, I Will Overcome, was sung in a 1945 cigar workers strike in Charleston, South Carolina. Pete Seeger and Zilphia Horton (music director of the Highlander Center) included this version in a book of folk songs they published. It was rekindled within the Civil Rights Movement at the Highlander Center. Guy Carawan is credited with selecting it as the closing song of a training attended by Dr. Martin Luther King, Jr. and Coretta Scott King. From there, they and many other folksingers helped to popularize it in the movement.

There are dangers with superficially mimicking movements, however. One of the assessments of the Arab Spring uprisings is that later movements failed because they learned largely from watching television and Internet footage of Tunisia and Egypt’s mass demonstrations. Replicating only the mass street protests, movements in other countries failed to see – and use – the strikes, boycotts, and mass noncooperation campaigns that had effectively eroded the regimes’ power in the first two countries. When protesters flooded the streets in subsequent countries, the brutal repression of police and military was able to crush the movements because other strategies – especially economic resistance – that could have been shifted to had not been developed.

Some important aspects of struggle – such as organizational infrastructure, widespread training programs, acts of noncooperation, and covert resistance – tend not to be as visible to people from the outside. Studying nonviolent movements helps to illuminate these aspects beyond what we see in the news.

It is undeniable that media coverage of movements helps to inspire subsequent uprisings. The Arab Spring is cited as one of the main inspirations for the Occupy protests in the United States. The Occupy protests launched in New York City in September 2011, in part because of an Adbusters Magazine call-to-action. Within two weeks, 951 Occupy encampments had sprung up across 82 countries, 600 in the United States . . . and a new phrase had entered movement organizing circles: multi-nodal actions.  In a country with the geographic expanse of the United States, the notion – while not new – was a revelation for many. Instead of organizing people to go to big city demonstrations, actions in every city and town were organized.

In the United States, this tactical approach has been replicated continuously since the Occupy protests of 2011. The 2017 Women’s March, for example, mobilized one million people in the streets of DC and another 2.7 million across 500 other locations. One out of every 100 Americans participated in either the Women’s March or the Sister Marches (as the multi-nodal actions were called). This multi-nodal organizing approach also lies at the heart of the Student Climate Strikes, which organize weekly student walkouts and days of larger mobilizations.

The stories continue: global labor movements; women’s suffrage movements in the UK and US; Indigenous solidarity movements around the globe; intersectional movements of the 70s and 80s; anti-globalization protests at major trade conferences that shared tactical philosophies; environmental movements that adapted blockades and tree-sits from forest protection to blocking pipelines; and so much more. Each one of these examples deserves a full article. Both contemporary and historical strands of learning and inspiring can be traced through movements.

The circulation of texts, books, and manuals on nonviolent struggle has played a major role in the ways movements share tactics and strategies. The works of M.K. Gandhi, Dr. Martin Luther King, Jr., and Gene Sharp have had global impacts. The advent of the Internet made accessing knowledge and following contemporary movements even more common. Current campaigns seem to draw knowledge from a wide variety of sources, including traditional cultural references, organized training programs, current and recent movements, previous campaigns in their history, and local innovation.

In collecting and circulating the weekly Nonviolence News, one of my goals is to help light the sparks between people working for change. By reading about creative actions, wise strategies, and courageous resistance, we can learn from the endeavors of our fellow human beings. The more we learn, the more the sparks of inspiration lead to robust, strategic, and powerful movements for change.