Allegations of torture and ill-treatment leading to the death of ethnic Rakhine men and boys being held in incommunicado detention by Myanmar’s military, has prompted three independent UN rights experts to call for an end to the practice and for “credible, independent” investigations.

3 Sep 2019 – “The practice of incommunicado detention must be immediately brought to an end. Detainees’ right to a fair trial, including access to a lawyer, must be upheld,” the UN Special Rapporteurs said on Monday.

In custody since the outbreak of armed conflict in northern Rakhine and Chin last December, the experts stressed the need for “a credible independent investigation into the allegations of torture and inhuman treatment, deaths in custody, and reliance on forced confessions in cases involving Arakan Army-related allegations”.

“All perpetrators of such violations must be held accountable”, spelled out the UN experts, adding, “we are distressed by the use of incommunicado detention where individuals are suspected of being associates of the Arakan Army” insurgent group. 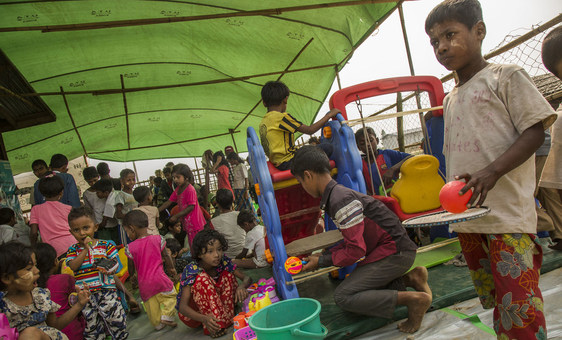 They cited Naing Aung Htun as a case in point. Held incommunicado from 8-21 August, soldiers allegedly jolted Mr. Htun with electric shocks until he confessed to ties with the Arakan Army.

“It is essential for detained people to be able to communicate with the outside world, especially with family members and their lawyer”, the UN experts said. “We are especially concerned because incommunicado detention may facilitate torture.”

They also expressed concern over the practice based on reports that at least 15 men in custody were killed due to their alleged association with the Arakan Army.

The military says that it is investigating these deaths, to which the experts call for the results to be made public and for any perpetrators identified, to be held accountable.

On 8 August, the Myanmar military rounded up Mr. Htun and around 50 others in Buthidaung, northern Rakhine.

Five men were arrested and held incommunicado on suspicion of associating with the Arakan Army. On 13 August they appeared in Buthidaung court and were charged under section 50 (a) of the Counter-Terrorism Law 2014. Four of them were released on 27 August.

Naing Aung Htun’s father, who visited him in prison on 22 August, said his son sustained injuries to his face, was unable to chew and complained of headaches, chest and back pain. He received medical treatment in a civilian hospital before being transferred to a military hospital for three days and was then returned to detention. He was charged with an additional offence, on 21 August.

“There must be an investigation into the allegation that Naing Aung Htun was tortured, and he must receive appropriate medical attention”, said the UN experts. “His right to a fair trial must be upheld, such that any confession he made as a result of torture should be excluded from evidence against him.”

And the incommunicado detention of five men arrested in Kyaukyan village is not an isolated occurrence, said the independent experts, citing several other cases of Rakhine men and boys who have been charged with terrorism offences.

Two years ago, a spike in targeted alleged human rights abuses of mainly-Muslim Rohingya overseen by the Buddhist majority government of Myanmar, forced hundreds of thousands of Rohingya to flee across the border into Bangladesh.

Special Rapporteurs are appointed by the Geneva-based UN Human Rights Council to examine and report back on a specific human rights theme or a country situation. The positions are honorary and the experts are not UN staff, nor are they paid for their work.