US Agency Warns of Lung Illness Epidemic among Young People, Attributed to E-Cigarettes

9 Sep 2019 – The US Food and Drug Administration (FDA) has issued a public warning of a rapidly developing epidemic of severe lung illnesses associated with the smoking of electronic cigarettes (e-cigarettes), also known as “vaping.” In just a few weeks, 450 cases have been confirmed spanning 33 states. As of this writing the death toll has increased to five.

The New England Journal of Medicine (NEJM) issued an urgent preliminary report on September 6, 2019, “Pulmonary Illness Related to E-cigarette Use in Illinois and Wisconsin,” describing their findings on a cluster of 53 cases recently afflicting the two states. 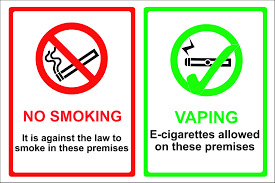 In July, the Wisconsin Department of Health Services (WDHS) and the Illinois Department of Public Health (IDPH) received multiple reports from physicians and hospitals of several severe cases of pulmonary sickness not associated with any infectious etiology. All have in common the recent use of e-cigarettes and its associated products. Concern over a growing epidemic prompted a coordinated effort by the two states along with the US Centers for Disease Control and Prevention (CDC).

Many of those affected are otherwise young and healthy without any prior medical conditions. They present with severe “air hunger,” or shortness of breath. They also experience fevers, nausea and vomiting, as well as intense fatigue.

The median age of these patients was 19. They were predominately white males. Almost all required admission to the hospital, with many admitted to the intensive care units. Eighty-seven percent required supplemental oxygen, and one third were intubated and received mechanical ventilation. One patient in this cluster has died. Nearly all the patients received intravenous or oral steroids, with improvement once therapy was initiated. This would suggest an inflammatory mediated immune response has triggered the disease. Universally, chest x-rays or CT scans of these patients showed both lungs were affected. 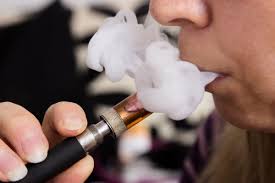 The chemicals making your e-cigarette taste like cotton candy may be harmful to your health, even when they’re advertised as being safe. theverge.com

All these patients had reported a history of having vaped within 90 days before their symptoms started, with most reporting heavy daily e-cigarette use. A significant number used both nicotine and THC or CBD products.

The CDC is warning consumers to stop buying bootleg products and mixing street cannabis with e-cigarette products. They also strongly urge them to stop modifying the devices to vape adulterated substances. Investigators and medical doctors have not elucidated the cause of this epidemic. The vaping process works by heating coils turning liquid containing oils and nicotine or THC, a psychoactive component of cannabis, into an aerosolized vapor. The vapor is inhaled, imitating the smoke from traditional tobacco products.

E-cigs were first introduced on the market in 2004 as a supposedly non-addictive nicotine replacement therapy to help tobacco users quit their habit. Since then, e-cigarettes have rapidly burgeoned in the tobacco markets and are expected to surpass traditional tobacco products in the next decade.

A report issued by the National Institute of Health’s (NIH) drug abuse section highlights the dramatic rise in vaping among teenagers, with 37.3 percent of 12th graders reporting they had vaped in the past 12 months. The prevalence of vaping among teenagers in 2011 was near zero. By 2017 it has become the most common use of any tobacco-like product in this age group.

The vaping of nicotine among seniors in high school has climbed from 11 percent to 21 percent in the years 2017 to 2018. Marijuana vaping has risen from 9.5 percent to 13.1 percent over the same time period. This translates to an estimated additional 1.3 million adolescents who have started vaping.

As Dr. Richard Miech, PhD, wrote in his letter to the NEJM, “Put in historical context, the absolute increases in the prevalence of nicotine vaping among 12th graders and 10th graders are the largest ever recorded by Monitoring the Future in the 44 years that it has continuously tracked dozens of substances.”

The attraction to the technology and flavoring of these electronic cigarettes among teenagers is quite alluring and one not missed on the markets. Teenagers surveyed say that access to these devices and their products is readily available. Interestingly, teenagers who vape are at increased risk of turning to conventional tobacco.

Currently, Juul e-cigarettes are the most popular brand name on the market and among teenagers. The term Juuling has been incorporated into the common lexicon by those who use the products. One Juul pod, the nicotine cartridge inserted into the vaping device, reportedly delivers about 200 puffs, containing as much nicotine as a pack of cigarettes.

Juuls come in a multitude of designs, and the pods are available in varied flavors, such as mango, bubble gum, and crème brûlée. Online shopping makes it easy to circumvent the age-verification process.

The electronic cigarette market is valued at nearly $12 billion, with an estimated continuous annual growth rate of 21.6 percent over the next five years. The top three corporations that own 60 percent of the market are Imperial Brands PLC, British American Tobacco PLC and Japan Tobacco. Fierce competition is pushing traditional tobacco manufacturers into focusing their investments in new technology and innovations to include new flavors, compact designs, efficient and more secure battery packs. The online market and social media channels propel these products into the handheld devices of consumers, making it readily available and tantalizing.

According to the 2018 study published in BMJ, Juul lab has been transformed in three short years (2015–2017) from a little-known name brand into the largest retail e-cigarette brand in the US. It registered $150 million in retail sales in the last quarter of 2017, accounting for about 40 percent of the e-cigarette market share, accountable to their “wide-reaching campaigns on Twitter, Instagram, and YouTube.” They are also extending their reach into Canada, Russia, South Korea and Southeast Asia.

The anti-vaping campaign launched by the FDA is attempting to use scare tactics to convince teenagers and adolescents to stop using e-cigarettes. Mitch Zeller at the FDA Center for Tobacco Products said, “We got to breakthrough. We got to shake these at-risk kids and take them by their figurative lapels to say, ‘this is not cost-free. This is not without risk.’”

It is clear politicians in other states and cities are maneuvering to use these political ploys for their careers. Consumer groups and vaping advocates are threatening these legislations with lawsuits against these prohibition tactics.

The use of nicotine products is highest in rural and urban areas and tied to a deeper social crisis that young people face, which includes a politically and culturally fractured society and abysmal financial prospects in their futures. The vaping phenomenon is not without its Mephistophelian logic tied to the use of technology to create super consumer markets. It is not a chance occurrence that we see a new disease arise out of this new technology.

These young people are caught between the social dead ends presented them in life, and the right-wing attacks assaulting them. They are being squeezed into a hopeless quagmire. They literally can’t breathe.