27 Nov 2019 – About 90 additional foreign students of a fake university in metro Detroit created by the Department of Homeland Security have been arrested in recent months.

A total of about 250 students have now been arrested since January on immigration violations by U.S. Immigration and Customs Enforcement (ICE) as part of a sting operation by federal agents who enticed foreign-born students, mostly from India, to attend the school that marketed itself as offering graduate programs in technology and computer studies, according to ICE officials.

Many of those arrested have been deported to India while others are contesting their removals. One has been allowed to stay after being granted lawful permanent resident status by an immigration judge. 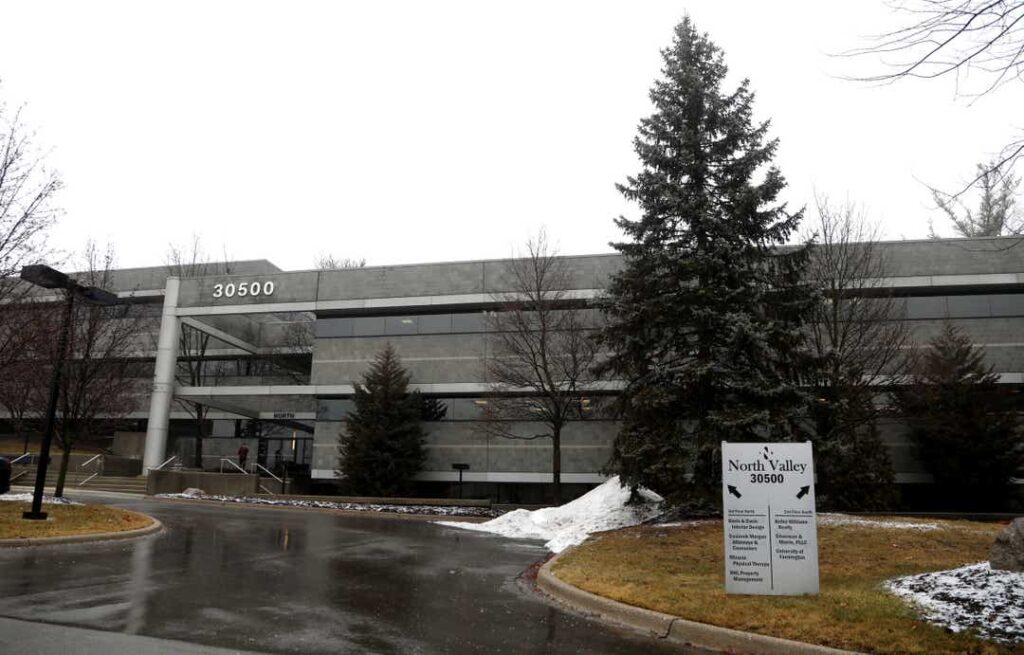 The building that was used as the fake Farmington University campus by the federal government seen on Thursday, February 7, 2019, in Farmington Hills, Michigan.
Eric Seals, Detroit Free Press

The students had arrived legally in the U.S. on student visas, but since the University of Farmington was later revealed to be a creation of federal agents, they lost their immigration status after it was shut down in January. The school was located on Northwestern Highway near 13 Mile Road in Farmington Hills and staffed with undercover agents posing as university officials.

Out of the approximately 250 students arrested on administrative charges, “nearly 80% were granted voluntary departure and departed the United States,” the Detroit office of ICE’s Homeland Security Investigations (HSI) told the Free Press in a statement Tuesday.

Out of the remaining 20%, about half of them have received a final order of removal; some of them were ordered removed by an immigration judge, and others “were given an expedited removal by U.S. Customs and Border Protection,” said HSI Detroit.

‘It was a pleasure speaking with you’: Emails reveal how university portrayed itself to potential students.

The remaining 10% “have either filed for some sort of relief or are contesting their removals with Executive Office for Immigration Review,” said HSI Detroit.

ICE said in March that 161 students had been arrested, which has now increased to about 250; the 250 arrests took place from January to July, said an ICE spokesperson.

Meanwhile, seven of the eight recruiters who were criminally charged for trying to recruit students have pleaded guilty and have been sentenced in Detroit, including Prem Rampeesa, 27, last week. The remaining one is to be sentenced in January.

Attorneys for the students arrested said they were unfairly trapped by the U.S. government since the Department of Homeland Security had said on its website that the university was legitimate. An accreditation agency that was working with the U.S. on its sting operation also listed the university as legitimate.

There were more than 600 students enrolled at the university, which was created a few years ago by federal law enforcement officials with ICE. Records filed with the state Department of Licensing and Regulatory Affairs (LARA) show that the University of Farmington was incorporated in January 2016.

Many of the students had enrolled with the university through a program known as Curricular Practical Training (CPT), which allows students to work in the U.S through a F-1 visa program for foreign students. Some had transferred to the University of Farmington from other schools that had lost accreditation, which means they would no longer be in immigration status and allowed to remain in the U.S.

Emails obtained by the Free Press earlier this year showed how the fake university attracted students to the university, which cost about $12,000 on average in tuition and fees per year.

The U.S. “trapped the vulnerable people who just wanted to maintain (legal immigration) status,” Rahul Reddy, a Texas attorney who represented or advised some of the students arrested, told the Free Press this week. “They preyed upon on them.”

The fake university is believed to have collected millions of dollars from the unsuspecting students. An email from the university’s president, named Ali Milani, told students that graduate programs’ tuition is $2,500 per quarter and the average cost is $1,000 per month.

“They made a lot of money,” Reddy said of the U.S. government.

Reddy said that two of the students who were sent back to India through a voluntary departure agreement with ICE were denied entry into the U.S. after they tried to reenter this year. 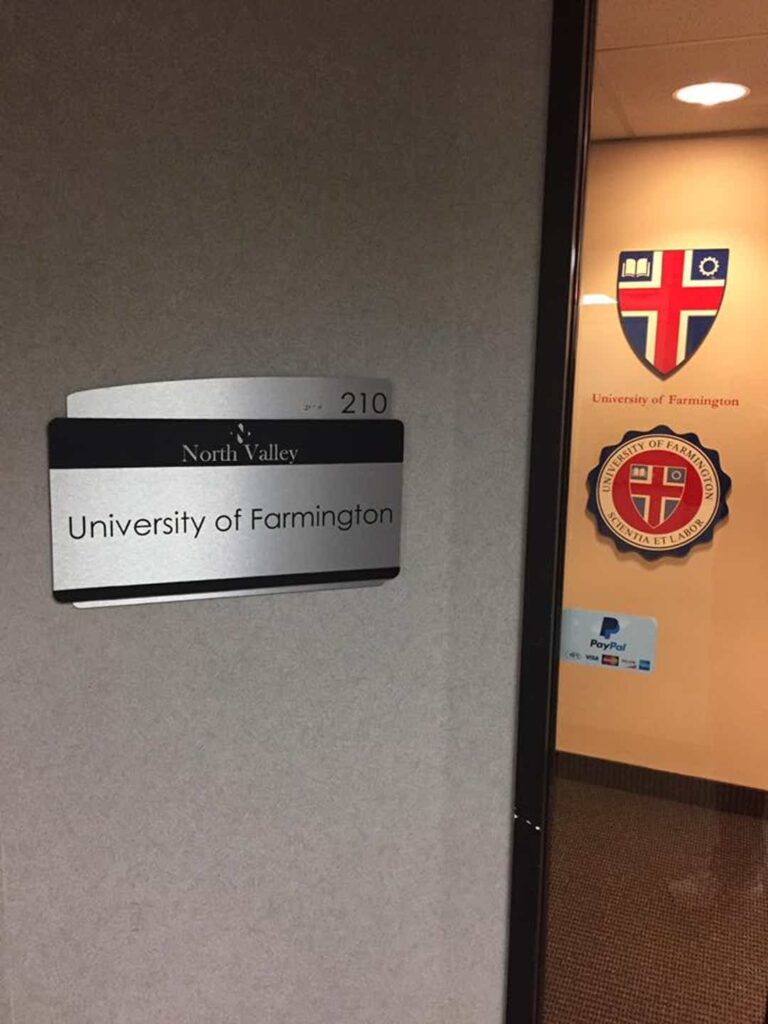 No one has filed a lawsuit or claim against the U.S. government for collecting the money or for allegedly entrapping the students.

Attorneys for ICE and the Department of Justice maintain that the students should have known it was not a legitimate university because it did not have classes in a physical location. Some CPT programs have classes combined with work programs at companies.

“Their true intent could not be clearer,” Assistant U.S. Attorney Brandon Helms wrote in a sentencing memo this month for Rampeesa, one of the eight recruiters, of the hundreds of students enrolled. “While ‘enrolled’ at the University, one hundred percent of the foreign citizen students never spent a single second in a classroom. If it were truly about obtaining an education, the University would not have been able to attract anyone, because it had no teachers, classes, or educational services.”

Baker wrote that “immigration and visa programs have been hot-button topics in the United States for years and national scrutiny has only been increasing. Fairly or unfairly, Rampeesa’s conduct casts a shadow on the foreign-student visa program in general, and it raises questions as to whether the potential for abuse threatens to outweigh the benefits.”

Reddy said, though, that in some cases, students who transferred out from the University of Farmington after realizing they didn’t have classes on-site, were still arrested. 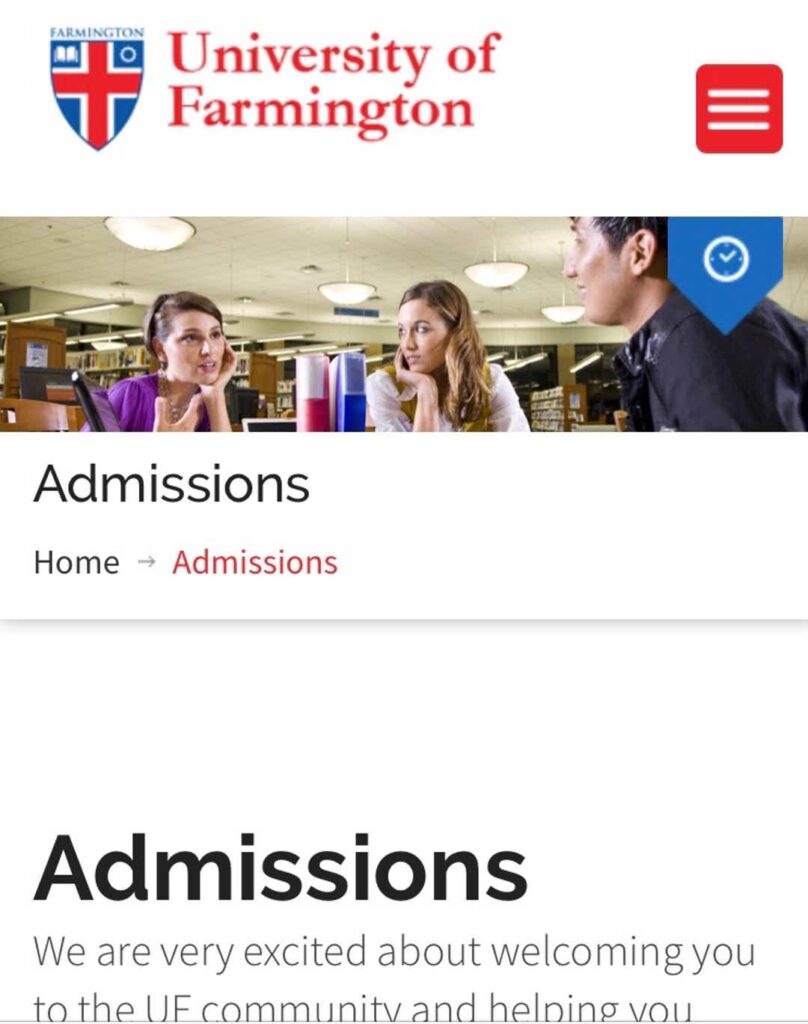 Rampeesa was sentenced Nov, 19 to one year in prison by Judge Gershwin Drain of U.S. District Court in Detroit. With time already served of 295 days, he should be out in about two to three months, and will then be deported to India, said his attorney Wanda Cal. He pleaded guilty to conspiracy to commit visa fraud and harbor aliens for profit.

Phanideep Karnati, 35, of Louisville, Kentucky, is to be sentenced in January.

In court, Rampeesa’s attorney, Cal, said his client had no criminal record and came from a rural background in India.

He was trying to “help his family back home,” Cal said before Judge Drain. “My client is very remorseful. He is really a good person caught up in a bad situation.”

Rampeesa arrived in the U.S. legally a few years ago on a student visa and earned in 2016 a master’s degree in computer science at Northwestern Polytechnic University. But the university later lost its accreditation, which put his immigration status in jeopardy. He had spent $40,000 in tuition and fees for his studies at the university.

“He was desperate to find a way to stay in the United States,” Rampeesa’s attorney, Cal, wrote in his sentencing memo. He wanted to get a Ph.D. in computer science, she said.

Rampeesa then met Sama, who recruited him to attend the University of Farmington and told him he could get tuition credits if he recruited other students, Cal said.

Sama and Rampeesa were working with people they thought were university officials, but were actually undercover agents for the Department of Homeland Security.

“My client has no other criminal history, not even a traffic ticket,” Cal said in court last week.

Assistant U.S. Attorney Baker said in court that Rampeesa was “aware it was completely fake,” that “it was just for maintaining status.”

“He chose the University of Farmington for a reason,” Baker said of Rampeesa.

In calling for a sentence of 24 to 30 months, Baker said: “It’s important to send a message … this type of crime will not be tolerated.” 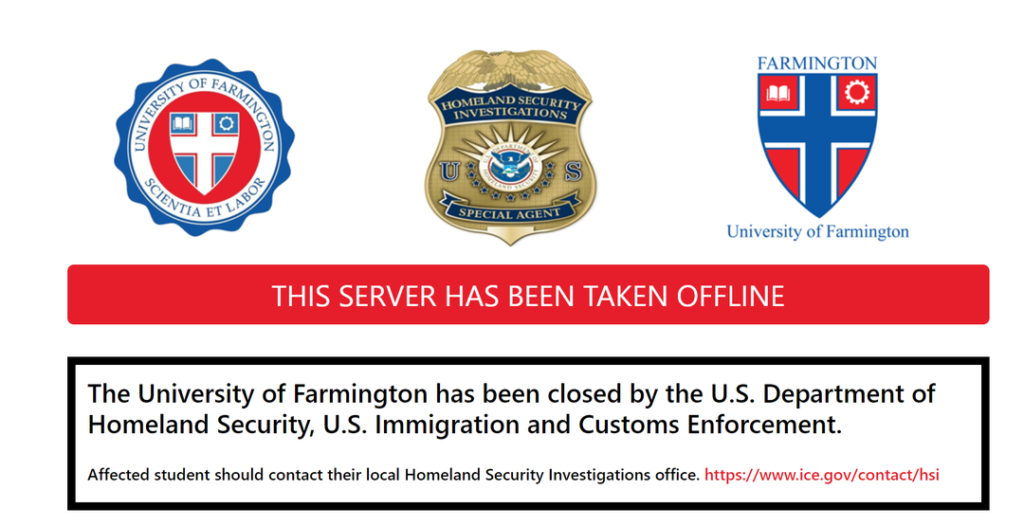 Judge Drain sentenced him to 1 year, but he will be released in two to three months because of time served, and then deported.

Drain said of Rampeesa: “You don’t have any criminal history. … I don’t think you’re a danger to the public.”

Rampeesa received a shorter sentence than Sama because he was not recruiting other students for cash, but for tuition credits provided by the university, Judge Drain said.

Rampeesa wrote a letter to the court pleading for leniency that was read before the judge. A Telugu-speaking translator was at his side in court, translating the courtroom proceedings. Most of the students were from Telugu-speaking regions of India in the state of Andhra Pradesh.

He said he was trying in the U.S. after his previous university’s loss of accreditation made his master’s degree “worthless.”

“I am ashamed,” Rampeesa wrote. “I made a very bad decision” to recruit students that “bought shame to my family name.”