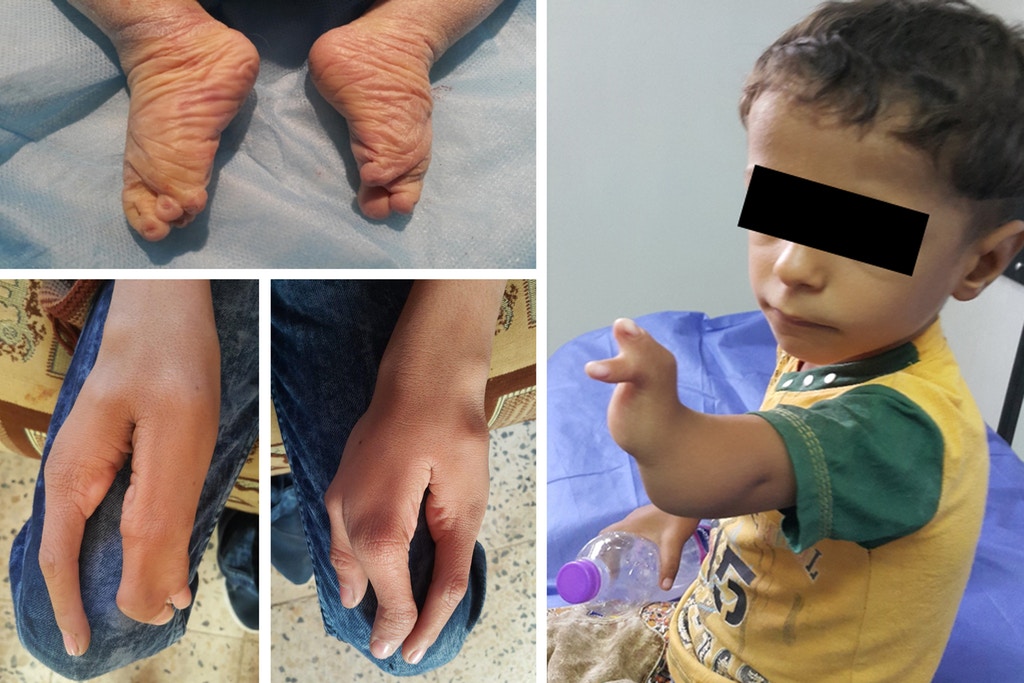 25 Nov 2019 – More than a decade and a half after the 2003 U.S. invasion of Iraq, a new study found that babies are being born today with gruesome birth defects connected to the ongoing American military presence there. The report, issued by a team of independent medical researchers and published in the journal Environmental Pollution, examined congenital anomalies recorded in Iraqi babies born near Tallil Air Base, a base operated by the U.S.-led foreign military coalition. According to the study, babies showing severe birth defects — including neurological problems, congenital heart disease, and paralyzed or missing limbs — also had corresponding elevated levels of a radioactive compound known as thorium in their bodies.

“Doctors are regularly encountering anomalies in babies that are so gruesome they cannot even find precedents for them.”

“We collected hair samples, deciduous (baby) teeth, and bone marrow from subjects living in proximity to the base,” said Mozhgan Savabieasfahani, one of the study’s lead researchers. “In all three tissues we see the same trend: higher levels of thorium.” Savabieasfahani, who has authored studies on the radioactive footprint of the U.S. military presence in Iraq for years, says that the new findings contribute to a growing body of evidence about the serious long-term health impact of U.S. military operations on Iraqi civilians. “The closer that you live to a U.S. military base in Iraq,” she said, “the higher the thorium in your body and the more likely you are to suffer serious congenital deformities and birth defects.”

The new study piles onto a growing wealth of knowledge about severe ill effects of the U.S. military on the environments in which it operates. All industrialized military activity is bad for ecological systems, but the U.S., with its enormous military engaged in activities spanning the globe has a particular large environmental footprint. Not only does the U.S. military lead the world in carbon output, but its prodigious presence around the globe leaves a toxic trail of chemicals that local communities have to deal with, from so-called burn pits on bases releasing poisonous smoke to the radiation of depleted uranium rounds mutating the DNA of nearby populations.

Related: Industrialized Militaries Are a Bigger Part of the Climate Emergency Than You Know

The suffering of Iraqis has been particularly acute. The results of the new study added to a laundry list of negative impacts of the U.S.’s long war there to the long-term health of the country’s population. Previous studies, including some contributed by a team led by Savabieasfahani, have pointed to elevated rates of cancer, miscarriages, and radiological poisoning in places like Fallujah, where the U.S. military carried out major assaults during its occupation of the country.

The study published in Environmental Pollution was conducted by a team of independent Iraqi and American researchers in Iraq during the summer and fall of 2016. They analyzed 19 babies born with serious birth defects at a maternity hospital in the vicinity of Tallil Air Base, compared with a control group of 10 healthy newborns.

“Doctors are regularly encountering anomalies in babies that are so gruesome they cannot even find precedents for them,” said Savabieasfahani. “The war has spread so much radiation here that, unless it is cleaned up, generations of Iraqis will continue to be affected.”

Some of these negative health effects of the American war in Iraq can be put down to U.S. forces’ frequent use of munitions containing depleted uranium. Depleted uranium, a byproduct of the enriched uranium used to power nuclear reactors, makes bullets and shells more effective in destroying armored vehicles, owing to its extreme density. But it has been acknowledged to be hazardous to the environment and the long-term health of people living in places where the munitions are used.

“Uranium and thorium were the main focus of this study,” the authors note. “Epidemiological evidence is consistent with an increased risk of congenital anomalies in the offspring of persons exposed to uranium and its depleted forms.” In other words: The researchers found that the more you were around these American weapons, the more likely you were to bear children with deformities and other health problems.

In response to an outcry over its effects, the U.S. military pledged to not use depleted uranium rounds in its bombing campaigns against the Islamic State group in Iraq and Syria, but, despite this pledge, a 2017 investigation by the independent research group AirWars and Foreign Policy magazine found that the military had continued to regularly use rounds containing the toxic compound.

These depleted-uranium munitions are among the causes of hazards not only to the civilians in the foreign lands where the U.S. fights its wars, but also to American service members who took part in these conflicts. The chronic illnesses suffered by U.S. soldiers during the 1991 war in Iraq — often from exposure to uranium munitions and other toxic chemicals — have already been categorized as a condition known as “Gulf War syndrome.” The U.S. government has been less interested into the effects of the American military’s chemical footprint on Iraqis. The use of “burn pits” — toxic open-air fires used to dispose military waste — along with other contaminants has had a lasting impact on the health of current and future Iraqi generations.

Researchers conducting the latest study said that a broader study is needed to get definitive results about these health impacts. The images of babies born with defects at the hospital where the study was conducted, Bint Al-Huda Maternity Hospital, about 10 kilometers from Tallil Air Base, are gruesome and harrowing. Savabieasfahani, the lead researcher, said that without an effort by the U.S. military to clean up its radioactive footprint, babies will continue to be born with deformities that her study and others have documented.

“The radioactive footprint of the military could be cleaned up if we had officials who wanted to do so,” said Savabieasfahani. “Unfortunately, even research into the problem of Iraqi birth defects has to be done by independent toxicologists, because the U.S. military and other institutions are not even interested in this issue.”

Correction: November 25, 2019 – This story incorrectly reported that a study published in the journal Environmental Pollution examined Iraqi babies born near Camp Taji. In fact, the study was about Tallil Air Base. The references to Camp Taji, as well as an image of the base, have been replaced.