The Difference between Tactics and Strategy 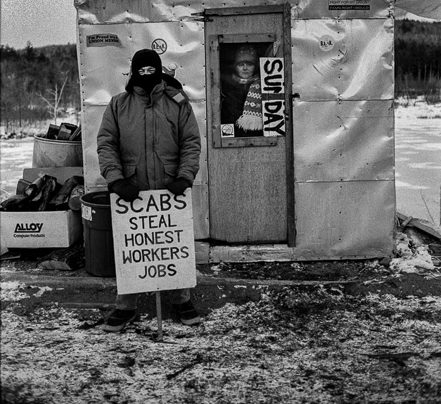 8 Jan 2020 – My friend and comrade Glenn Perusek enlisted me in 2016 to co-teach courses in the Building Trade Academy (BTA). The BTA is housed at Michigan State University; it serves the affiliates of the North America’s Building Trades Unions (NABTU). We teach a series of four-day courses on basic organizing skills and planning. One of the issues for all trade unionists is understanding the difference between strategy and tactics. Glenn wrote this fine exposition on the differences between the two and their application to the work of organizing, particularly in the construction trades. Glenn’s essay follows along with audio of the interview I did with Glenn on this topic in September 2019.

The word “strategy” is overused and is often confused with tactics. This is a problem not just for organized labor and progressive movements; it is also endemic in business and many other realms of organized activity. This seems odd, given that the literature on strategy and tactics is thousands of years old. This article draws on some of that classical literature, distinguishing strategy, tactics and longer-run planning, called “grand strategy” in the military-political context and probably best termed “organizational development” in the union context. The article also develops key elements of strategic planning for labor—the mobilization of resources; the calibration of ends to available means; and the concept of the “indirect approach.”

As tactics, these are perfectly legitimate. The problem arises when one of these particular tactics is seen as a strategy—which should involve myriad particular tactics. Elevating a particular tactic to the level of strategy constrains the field of play. When your toolbox of potential tactics has only one or a small number of alternatives, it makes planning easy—because planning is non-existent. To say “we are organizing” is equated with the limited repertoire.

In getting away from this kind of thinking—which elevates tactics to the level of strategy—it is helpful to recognize that the English words are based on ancient Greek. 2,500 years ago, the stratēgoi were the generals elected by the assembly in Athens. They were accountable to the assembly, but they were charged with overall planning, leadership and coordination of military operations on many fronts. Tactics comes from the Greek taktikē, which has to do with drawing up troops for battle. Herodotus refers to the Athenian board of generals, the stratēgoi (6.109.1), who have a dispute over a great matter of strategy—whether to confront the Persians at Marathon. But once the decision was made and it was finally time to arrange troops for battle, a form of taktikē is the word used (6.111.1).[1]

Taktikē is also the origin of the word tactile: We can say that whenever you are engaging with your opponent, whenever you are touching them, as it were, you are employing a tactic. Strategy, in contrast, the activity of the generals, has to do with planning.

Because so many labor organizers in North America are familiar with American football, that analogy can be helpful. Strategy refers to the game plan: A large number of plays, with variations (depending on choices made by one’s opponent), and a large number of particular techniques—blocking and tackling techniques, for instance, or the proper running of pass routes—go into the plan. But the plan is distinct from particular tactics. The plan, the strategy, needs to weave hundreds or thousands of tactics and micro-techniques together in a coherent whole.

A strategic plan needs to employ multiple tactical elements and be articulated over time. This is a good litmus test—a single tactic (“the Rat”) that does not change through time (“We’re going to set up the rat until the cows come home…”) is not a strategy. Elevating a particular tactic to the level of strategy is analogous to reducing a game plan to a single play. If you are running off tackle on every play, you do not have a strategy. 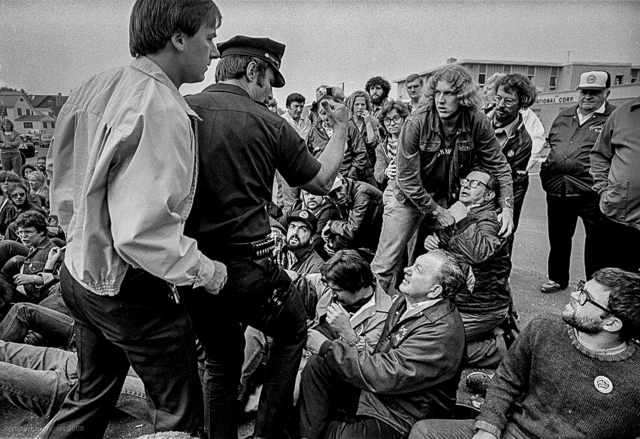 To stay with the football analogy, we distinguish game plan (strategy) from particular plays or techniques, which are up at the level of tactical engagement. Football people commonly retread the idea that they are focused “only on this week,” “only on this game.” They claim to have a one game at a time mentality. Coupled with the idea that each player and coach should focus “only on doing his job,” this is supposed to be a way to focus on the task at hand.

If strategy is the plan for a particular campaign, and tactics are the multiple ways of engaging with an opponent—or articulating in practice the strategy—there must also be an overarching organizational plan, a plan that transcends particular campaigns. For a sports team this might be a plan for a whole season or a multi-year program of building up a club. In American football, the head coach and his staff are responsible for game plans. It is typically a General Manager and his staff who are responsible for such things as player acquisition—a matter of organizational development. For a firm, long-term organizational strategy supersedes a campaign around a particular product. (It is the difference between the quarterly bottom line and a five – or ten – year growth plan that involves a whole range of products, and the organizational infrastructure necessary to develop them). For a nation state, grand strategy would involve overarching war aims. Strategy entails applying tactics to win in a campaign or on a front. But grand strategy involves winning the entire war—and creating a post-war world that is most advantageous. For an organization, grand strategy can be termed organizational policy or long-term planning for organizational development.

When considering tactics to employ in a strategic campaign, organizers need to keep in mind the situation after the campaign. The objective, typically, is to sign up a contractor or employer—we need to fight in a way that anticipates the settlement that we look forward to signing.

Organizers for union locals are often involved in all elements of planning and deployment of resources. That is, they are involved in tactical engagement (one-on-one discussions with potential recruits or subcontractors; production and distribution of flyers; testimony before a government body, etc.) but they can and should develop strategy for an organizing campaign. Additionally, they can become involved in longer-run planning, including the development of resources that can be built up for use in multiple campaigns.

In the building trades, we employ a 4 x 4 planning tool.[2]  In addition to suggesting that a strategic plan be articulated through time, the 4 x 4 tool identifies four constituencies that a plan should address:

Too common, the organizer for a construction local has insufficient resources to engage in powerful organizing. So building up extra resources for organizing is prior to developing a strategic plan for a particular campaign. Thus, for instance, the development of a robust member-organizer program would be part of a long-term plan for organizational development. 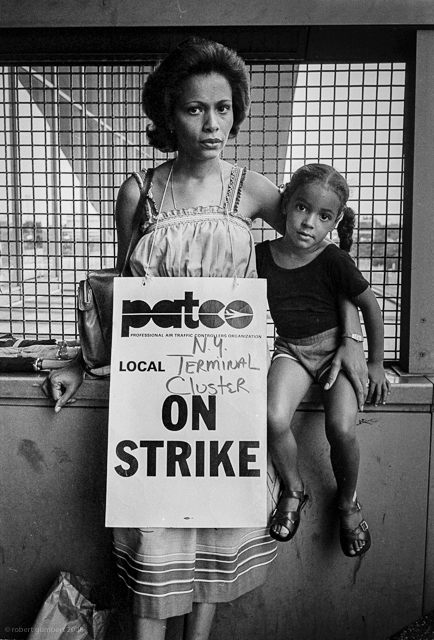 “Strategy depends for success, first and most, on a sound calculation and co-ordination of the ends and the means.”[3]

Here, a major pitfall is to overreach—to attempt more than is feasibly possible given available resources. Liddell Hart, an important twentieth century military strategist, considers the equilibration of ends to available means an essential axiom. Overreaching will lead to physical or psychological exhaustion, which will in turn erode confidence. This is a common mistake committed by dedicated organizers.

In our experience, even when a construction local has a full-time organizer, she/he has few additional resources at his/her disposal. The organizer might face indifference to organizing from the local’s leadership (since, for instance, bringing in new members potentially adds to the governability problems for elected leadership). Members are often indifferent to new organizing; they may see bringing new workers into the membership as cutting a finite pie of unionized work into ever smaller pieces (as opposed to seeing organizing as a matter of growing the union’s market share or density, so that there is more work to perform under unionized wages and conditions). 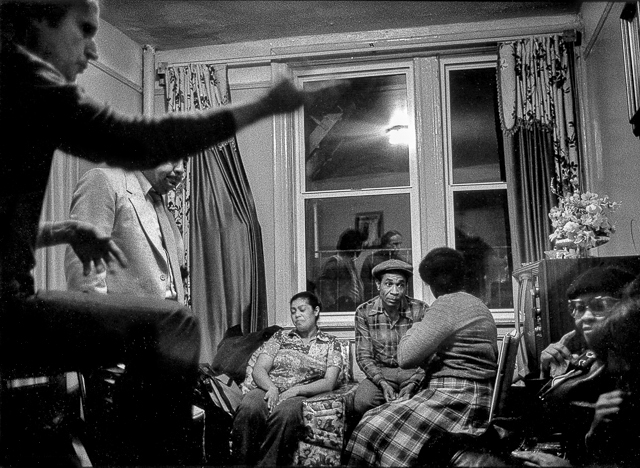 Prior to any particular organizing campaign, this points to the necessity, as an initial step, of developing an internal organizing committee—a significant minority of the working membership that could assist the full-time organizer. Similarly, the whole membership needs to be educated on the importance of organizing (which necessarily includes signing up new contractors), so that at the very least they are welcoming to workers who are new members in the local. Building up an organizing culture can be seen as vital to the development of resources. This is a task at the level of organizational policy. It transcends any particular organizing campaign. 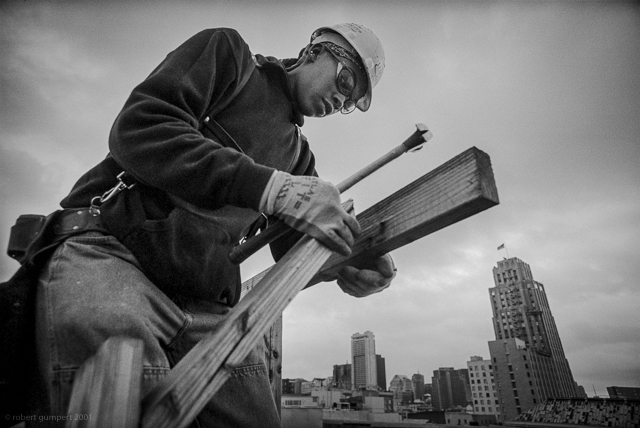 Liddell Hart contended that strategic thought was characterized by an “indirect approach.” In construction organizing, a direct approach would be a frontal assault on a contractor: for instance, simply going to the contractor and making a demand. An indirect approach would be more subtle. First, in relationship to the contractor himself, it means flipping the narrative: Instead of speaking of our interests as organized labor, we would speak of the contractor’s interests. For instance, skilled construction unions often have the most outstanding (or only) training program in a jurisdiction. When work is plentiful, contractors often come to us—a clear indication that they recognize the value of our apprenticeship programs.

But an indirect approach also means mapping key connections between the contractor and other actors: The contractor’s business is built upon relationships to general contractors, developers, political figures and more. Building up relationships in these (and other) areas is part of the indirect approach in labor organizing. It may be necessary to convince a General Contractor, developer or political body of the value of a skilled workforce. This suggests that considerable background research is a precondition of strategic planning. Just as film study for scouting advanced game planning in football, background research on projects, contractors, governmental bodies and more greatly facilitated strategic planning. A professional approach to planning necessitates thorough research. Is it an accident that Sun Tzu, whose Art of War is the great original text of military strategy, begins with “Estimates,” a process of researching/inventorying one’s own and one’s opponent’s strengths and weaknesses?[4]

In general, an indirect approach in organizing means discovering one or more key relationships for the employer and developing a plan to step in and interrupt these relationships.

[1] Herodotus:  The History, ed. and trans. David Grene (Chicago:  University of Chicago Press, 1987). Herodotus is considered the “father of history,” a Greek writer from the fifth century BC.

[4] I recommend the translation by Samuel B. Griffith of Sun Tzu, The Art of War (Oxford:  Oxford University Press, 1963). Sun Tzu was a general and writer during the Zhou Dynasty, in the 6th century BC. While research means digging through internet-based resources, the starting point is probably just systematically recording officers’ and members’ on-the-ground knowledge on contractors and market