10 Jan 2020 – Any Olympic athlete thinking of taking a knee or raising a fist in Tokyo during the 2020 Olympic Games may have to think twice.

NBC News reports that the International Olympic Committee (IOC) released new guidelines on Thursday [9 Jan] that specify what protests will not be accepted. Mainly, all of them. Athletes are not allowed to display any political messaging such as signs or armbands. Political gestures such as kneeling or raising a fist are also not allowed. This comes after fencer Race Imboden and hammer thrower Gwen Berry were given 12-month suspensions after kneeling and raising a fist, respectively, at the Pan-American Games last August. The guidelines are vague on what the disciplinary action will be for athletes who violate these rules.

This move is, in a word, dumb. Sports are political, no matter how much mediocre-white-dude Twitter tries to say otherwise. Hitler wanted to use the 1936 Berlin games as a showcase for aryan superiority, using the sport as an inherently political act. Jesse Owens and Hungarian Jewish athlete Ibolya Csák dominate wins over their German competitors were also inherently political acts. One of the most iconic moments in Olympic history was during the 1968 games in Mexico City when John Carlos and Tommie Smith raised their fists on the podium, an image that has endured for years and has become synonymous with the Olympic games. 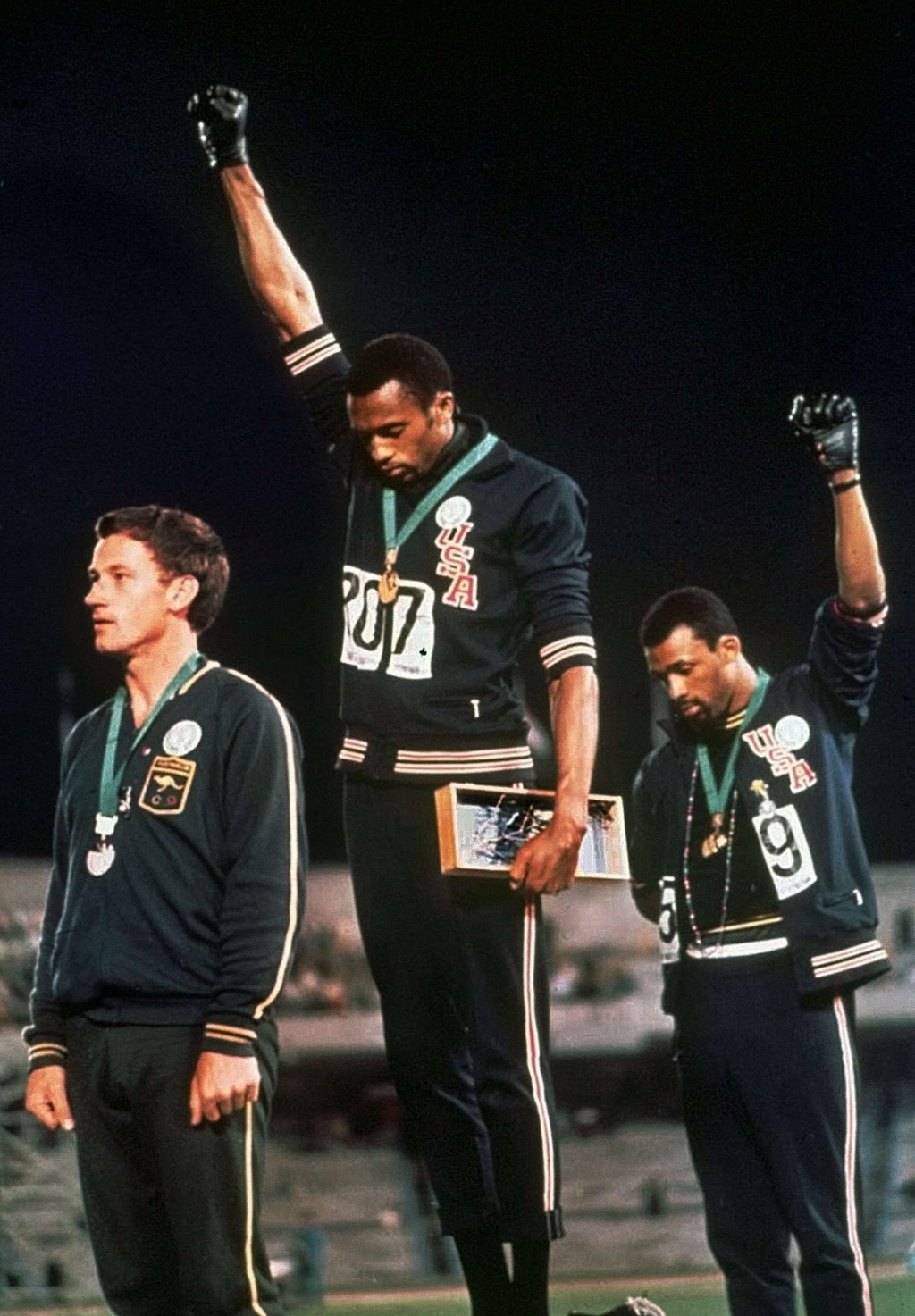 In their statement, the IOC talks about how the Olympics were designed to be apolitical and any gestures that prove otherwise destroy the dignity of competition. One quote states:

“When an individual makes their grievances, however legitimate, more important than the feelings of their competitors and the competition itself, the unity and harmony as well as the celebration of sport and human accomplishment are diminished.”

Which, to be frank, is some big colonialist energy. Many of the athletes participating come from countries that are currently fighting for their freedom or in the midst of political unrest. I think showing solidarity with your people and their struggle might mean a little more to them than vague notions of “competition” and “celebration of sport.” If the committee truly believes sports are apolitical then clearly they just haven’t been paying attention this whole time.