‘I want to build a society in which every child can become anything and in which every human being can live and grow old with dignity,’ wrote PM Sanna Marin 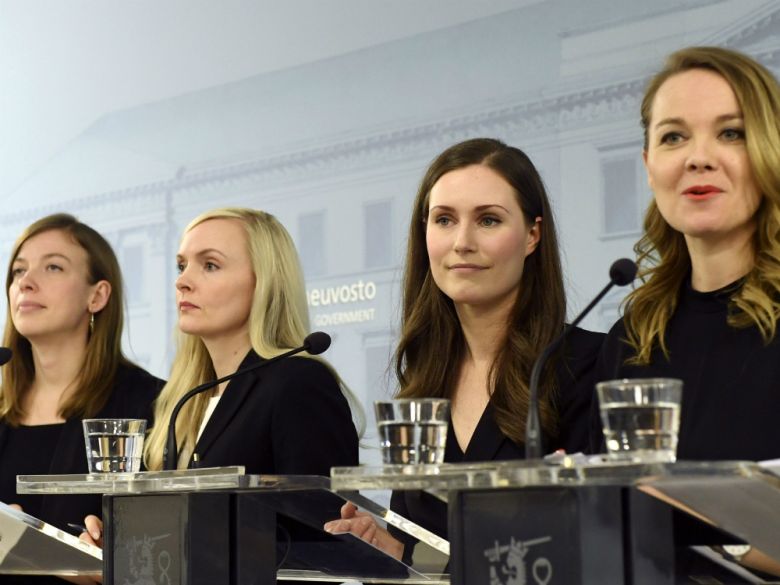 10 Dec 2019 – Thirty-four-year-old Social Democrat Sanna Marin took office in Finland today as the world’s youngest serving prime minister, heading a coalition with four other parties led by women, all but one of them under 35.

Marin won the confidence of parliament with 99 votes in favor and 70 against.

She replaced Antti Rinne, who resigned last week after the Centre Party, one of the members of governing center-left coalition, said it had lost confidence in him over his handling of a postal strike.

“I want to build a society in which every child can become anything and in which every human being can live and grow old with dignity,” Marin wrote on Twitter.

The new cabinet takes over in the middle of labor unrest and a wave of strikes which have halted production at some of Finland’s largest companies for three days.

“It is my great pleasure to congratulate the new Finnish Prime Minister Sanna Marin. Finland has truly taken the gender issues to the next level: all coalition parties are now led by women!” tweeted new European Commission chief Ursula von der Leyen.

The Swedish People’s Party’s Anna-Maja Henriksson, 55, remains justice minister, the only coalition leader to finish school before the 21st century.

Despite outward shows of harmony, divisions remain between the main coalition partners, Marin’s Social Democrats and the Centre Party.

Marin will struggle to defend her leftist views against the Centre Party, which wants action to boost Finnish employment to pay for the costly welfare state.

It is my great pleasure to congratulate the new Finnish Prime Minister @MarinSanna. #Finland has truly taken the gender issues to the next level: all Coalition parties are now led by women! I look forward to working with the @FinGovernment.

Center Party chairwoman Kulmuni defended her decision to force out Rinne, accusing him of having taken the employees’ side in recent labor market disputes when he should have remained neutral.

Before his resignation, Rinne defended the publicly-owned postal service’s employees in their labor dispute by saying their employment conditions would not be trampled while his government was in office.

“It became sort of a habit to flag in advance in favor of one side, in matters which should be dealt with cool impartiality,” Kulmuni wrote in a long post on Facebook.

Marin said recreating trust between the coalition partners was one of her first tasks.

“It demands discussion, a direct one,” she said.

Meanwhile Marin said she would keep using social media — but with care.

Defending her frequent use of social media, she said: ”I present a younger generation but of course, when it comes to social media or Instagram, I think that I’m an individual, a person, a real person even though I’m a prime minister.”

“So I won’t change the way I behave. Of course I have to be careful in what I say,” said Marin, who posted pictures of herself pregnant and later with her child, now two, on Instagram.

She made no reference to other leaders, such as U.S. President Donald Trump, who frequently use social media and sometimes attract criticism over their online comments.