How the Myth of the Alpha Male Has Hijacked Modern Masculinity 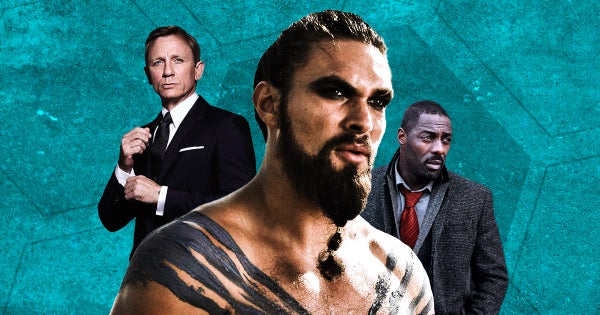 14 Jan 2020 – What does it mean to be a man? More specifically, what does it mean to be a man in the U.S? In Spain? Among Native American communities? There are so many different factors — both cultural and otherwise — that are embedded in this question. But what does masculinity look like around the world and what similarities present themselves? And, more importantly, what does how we talk about it — and attempt to explain away behaviors using biology or speak of men in terms of Alpha and Beta — say about us?

In, Are Men Animals? How Modern Masculinity Sells Men Short, anthropologist Matthew Gutmann, a professor of anthropology at Brown University who has spent 30 years exploring notions of masculinity across the United States, Latin America, and China, describes how the ways society can speak about men and explain away their behavior through bad science — such as when, during the Brett Kavanaugh hearings, testosterone was associated with negative male behavior — limits men’s emotional expression and denies them agency and accountability over their actions. For Gutmann, using such terms and phrases as “testosterone,” “boys being boys,” and “just being a guy” is tantamount to when doctors 30 or 40 years ago would say that women can’t be leaders because their periods made them too unpredictable. In other words, he says, such talk paints men into a corner.

We spoke to Gutmann about why explaining away masculinity with biology doesn’t help anyone, why the term “alpha male” means  nothing, and why men comparing themselves to wolves and chimpanzees is not only severely limiting — it’s also extremely misguided.

You’ve spent 30 years looking at masculinity around the world. What were some things you really wanted to address in this book? What was important to you about dispelling myths about masculinity?

There is a widespread tendency to say, well, boys will be boys. So in the Brett Kavanaugh Supreme Court justice hearings, it was remarkable how many times I read the word ‘testosterone’ associated with male teenage behavior. As if other boys didn’t have testosterone as teenagers; as if testosterone surging through your blood, if you’re a teenage boy, accounts for sexual assault against women. That, to me, is very disturbing, when we assume that teenage boys almost can’t help themselves from assaulting.

Is there an extent to which being a masculine man is biological, or is more of a cultural definition?

I think that you find as much variation worldwide and historically, as you can imagine. There isn’t one way of being a man in any society. But certainly, science and biology have come to be very significant and influential ways of framing or thinking in general. It’s not just about men and masculinity.

What do you mean?

One-hundred years ago, you’d find scientists running all over the place saying, “Women can’t be leaders. There have never been women leaders in parliament, in congress, except for a few queens. That’s because of biology. Don’t you think if women could be political leaders, we would have seen some by now?”

That was a plausible argument. So it’s not a new way of looking at the world, to explain it through so-called science. But it’s bad science. And I think that it’s been too long unexamined with respect to men and masculinity today. The fact is, it’s very easy for people to fall into thinking, “This is the way men are, and this is the way women are.” But that’s not true anywhere.

Let’s talk about definitions of masculinity. Is it defined differently in the Western world than in other cultures?

It varies a lot within the United States, too, if you really get into it. Among Native American peoples in the plains, a long tradition of what’s sometimes called third-gender, berdache, two-spirit people, these kinds of things. And that’s in the United States. But that’s not the dominant way of thinking about men and masculinity, that you have people who were born male but would assume female roles and might have sex with other biological men and that kind of thing, but would not consider themselves gay. But you don’t hear about that stuff, usually, because it doesn’t fit into dominant ways of thinking.

In Southern Spain, there’s been a long stereotype that if a wife wants to have sex all the time with her husband, she’s trying to kill him off, because men are only born with so much sperm and when it runs out, they die. That’s exactly the flip side of what you would hear about in terms of men and sexual predation.

One-hundred years ago, in many farming communities in much of the world, where children weren’t going to school, men were taking their kids to the fields, particularly their young boys, but also, their daughters. They’re going to spend a lot more time with their children. This is a pattern that is impossible in the city, if you’re driving a bus or working in a factory, you can’t take your kid to work.

When did the dominant way of thinking about masculinity — being strong and silent, having sexual conquests, etc. — became really, really mainstream?

I think it’s always been around to some extent. But one of the things I would emphasize is that there may be dominant ideas but there’s always been pushback and a lot of confusion, debate, and argument over what it means to be a man. One-hundred and fifty years ago, people were arguing strenuously that women should vote; women should be leaders; men are not the only ones who can do this; that men can be great fathers. But that wasn’t dominant. So you find people pushing back.

The fact that young men in the United States, and 70 other countries in the world, when men turn 18 or so, they have to register for the draft or a possible draft, and young women do not have to do that, why do we go along with that, unquestioningly?

Why is that the way it is? Soldiers are not carrying spears or shields. It’s not an issue of upper body strength. It’s because people believe there’s something inherently violent, or potentially violent, about men that makes them more adaptable for war. And there’s no evidence that’s true.

One thing that really intrigued me about your book was how you wrote about such species as chimpanzees and wolves. Is there an extent to which we’ve transposed human ideals of masculinity on to pack animals?

Can you walk that out for me?

What do you mean?

If you are a mallard duck, you’re going to behave within a fairly limited repertoire of behavior. If you’re a human male, the possibilities are not endless, but they are vast. That’s the big difference. It’s not that it doesn’t take a male and a female, in terms of gametes, to make offspring, and that that isn’t similar across animal species. It is. It’s not like there are no similarities.

But we trick ourselves into thinking that we have such narrow kinds of possibilities, as humans, if we constantly are comparing ourselves to the chimpanzees, or gorillas or other primates. But it’s very easy to do it. In biology textbooks, in classes at universities, you’re taught that females are choosy across species, and males want to have sex with all the females they can to procreate and spread their seed.

Right. And men need to do that too, or so the myth goes.

I read an article recently that said that there’s no real concept of an alpha wolf in the wild, but it exists in captivity. What does it mean that men have totally taken on this identity, as being the ‘alpha’ or the ‘alpha wolf’ or ‘alpha male’ when it doesn’t even really exist in nature? That that’s the gold standard of being a human man — being an ‘alpha’?

One, it’s actually healthier, in many species, to be a beta male. You don’t have nearly the same levels of stress. It can be measured through cortisol levels. Beta males among chimps are a lot healthier, in many respects. They don’t have everyone attacking them. There are even some studies that say that they have more sex.

But beyond that, what’s curious is that you have other species — wolves, bonobos (the so-called pygmy chimpanzees) — where you have alpha female led troops to a much greater extent. Females have much more of a say in terms of who gets what, and what happens when, and all of that.

But we don’t generally, on nature shows, care nearly as much about those mammals, because they don’t coincide with the idea that men are in charge and should be.

Just even to the extent that you say that beta males are often happier and healthier, I laughed, because it reminds me a lot of human men who posture and exhibit idealized masculinity. They often have shorter lifespans, are more stressed out, and have all these negative health outcomes. So it’s like, what are we doing?

I think the language we use today has been too long unexamined about men. And that’s what I’m trying to do in the book, is call attention. Not because it’s exactly the same with respect to men and women when you use this language, but it’s also, potentially, more dangerous if we assume that, because men have certain kinds of hormones in higher levels than women, then anything happens automatically.

The fact is that women, for ovulation, need testosterone. But we don’t hear about that very much. We hear about levels of testosterone as if they correlated with anything in particular [in terms of male aggression] and it turns out they don’t.

Right. Women are too hormonal to be leaders. Men have too much testosterone to not be violent.

Hubert Humphrey, a presidential candidate, had a doctor who became quite famous. At one point he said, “You cannot have women leaders in charge of war, because they’re too unpredictable, biologically, and they’re likely to do anything crazy at any time.” There were people who pushed back hard against that idea, but it was much more plausible to a lot more people.

The fact is, whatever you think about Trump, tens of millions of women voted for him, and somehow, that needs to be explained.

Were they all just holding their noses about what they thought about his assaults on women and his desire to assault more women? Or, did they say, “Like it or not, that’s just the way guys are! He’s just a guy’s guy! And more guys would do it if they thought they could get away with it!”

That, to me, is the most dangerous kind of thinking around. It’s not just men who have that thinking. It’s women, too.

It’s funny. The sexist assumptions about women — that they can’t be leaders because of their hormones — are used to help limit their engagement with politics or their roles in leadership. And then, on the other hand, the really sexist misguided assumptions about men — that their testosterone makes them monsters or insatiable sex addicts or whatever — serves to give them a pass to do whatever. It’s like the same dynamic, but moving in opposite directions.

“Men want to have sex more than women.” “Yeah, right.”

This biological ‘fact’ of visual stimulation just disappeared as an argument, and you don’t find that anymore to nearly the same extent. Similarly, it’s very easy to make these general statements, but we need to look more carefully, because there’s tremendous variation. It’s because of that variation that there’s hope.