As Hindu nationalism continues its march across India, a cult of personality is rising around Nathuram Godse, the Hindu extremist who killed Gandhi. 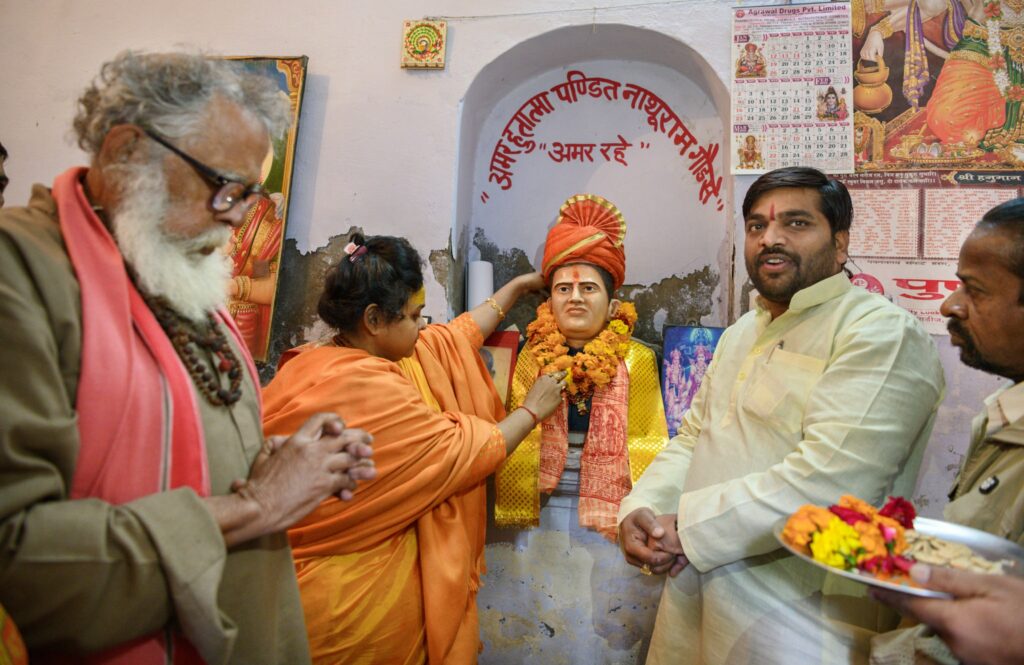 A statue for Nathuram Vinayak Godse, who assassinated Mohandas K. Gandhi, at the office of Hindu Mahasabha, a group that espouses militant Hindu nationalism, in Meerut, India, last week on the anniversary of Gandhi’s death.
Smita Sharma for The New York Times

4 Feb 2020 – Under the shade of a banyan tree, a group of worshipers recite Sanskrit mantras. A couple men step forward and light a fire. Then they start walking, hands folded, as if in a trance, toward a statue.

Some drape flowers over it. Others sing songs of valor to the statue. It is of Nathuram Vinayak Godse, who assassinated Mohandas K. Gandhi, the revered father of Indian independence and a symbol of nonviolent resistance the world over.

Indians consider Gandhi one of the fathers of their nation. But the rise of a Hindu nationalist government, led by Prime Minister Narendra Modi, has uncorked many extremist beliefs, and admiration for Gandhi’s killer, among some, has become more open. It is a sign of how much India has changed in the five and a half years since Mr. Modi took power.

“Gandhi was a traitor,” said Pooja Shakun Pandey, who blames Gandhi for partition and who participated in a recent ceremony worshiping Mr. Godse on the anniversary of Gandhi’s assassination. “He deserved to be shot in the head.”

Prominent Hindu nationalists still invoke Gandhi, but in many cases they are trying to co-opt his legacy — presenting their policies, however divisive, as congruent with his beliefs. One example: a recent citizenship law pushed by Mr. Modi’s government that, critics say, discriminates against Muslims and threatens the secular state that Gandhi had envisioned. 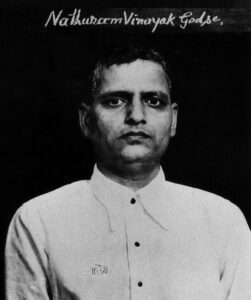 The mugshot of Nathuram Vinayak Godse, who assassinated Gandhi in 1948.
Modadori, via Getty Images

Other Hindu nationalists, though, continue to overtly vilify the man admired worldwide as an apostle of peace.

The ceremony at the statue venerating his killer, in Meerut, in the north of the country, is not the only sign of respect for Mr. Godse in India these days.

Across the country, more than a dozen statues of Gandhi’s killer have been erected. Several Hindu temples are being converted into Godse temples.

Last year the government of Uttar Pradesh State, which is led by a firebrand Hindu monk, Yogi Adityanath, proposed changing the name of Meerut to Godse City. One of the first Godse statues was unveiled there about three years ago. Officials now say they have been overwhelmed by demands for more Godse memorials.

Ramachandra Guha, a pre-eminent biographer of Gandhi, said that fans of Gandhi’s killer were no longer a fringe group. Instead, he said, Godse admiration has found a place among what he considers a worryingly large segment of the population.

“It is foul, despicable, but it is real and widespread,” Mr. Guha said.

In recent months, vandals with links to right-wing groups have defaced pictures of Gandhi, attacked his memorials and scrawled the word traitor on his picture. In June last year, a statue of Gandhi was decapitated in eastern India. 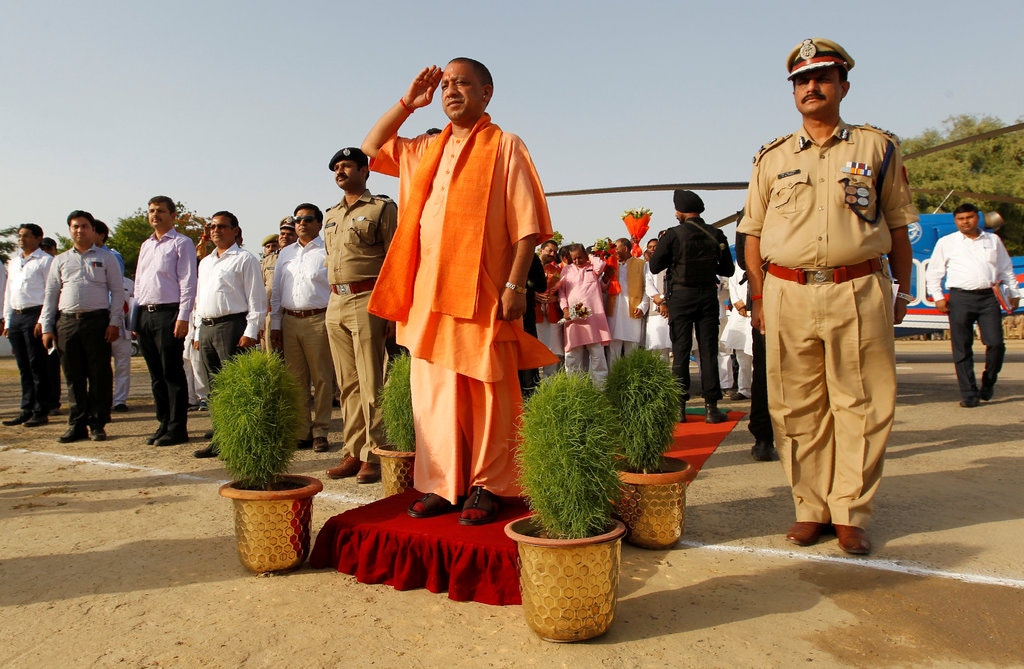 The growing cult around Mr. Godse seems rooted in the same militant brand of Hindu nationalism that inspired Gandhi’s killer to shoot him on a mildly cold January evening in 1948.

That day, Gandhi walked slowly across a stately lawn in New Delhi, India’s capital, leaning on the shoulders of two young women. Mr. Godse stepped out from a crowd, greeted him and touched his feet. He then pulled out a Beretta and shot the frail 78-year-old three times in the upper body.

Mr. Godse was born in a small village in central India to an upper-caste family. Three of their older sons died from an unknown illness. Thinking it would protect their new child to treat him as a girl, they pierced the young Mr. Godse’s nose and made him wear a nose ring until they had another son.

For wearing the nose ring, Mr. Godse was called Nathuram, meaning a man with pierced nose.

When he was a young man, Mr. Godse joined the R.S.S., a Hindu nationalist group that many members of India’s governing party, including Mr. Modi, have been part of.

Mr. Godse believed Gandhi had betrayed Hindus by being too conciliatory to Muslims and by allowing Pakistan to break off during the partition of India in 1947. That line is still echoed by many Hindu nationalists who see Mr. Godse as a national hero and Gandhi as a traitor. 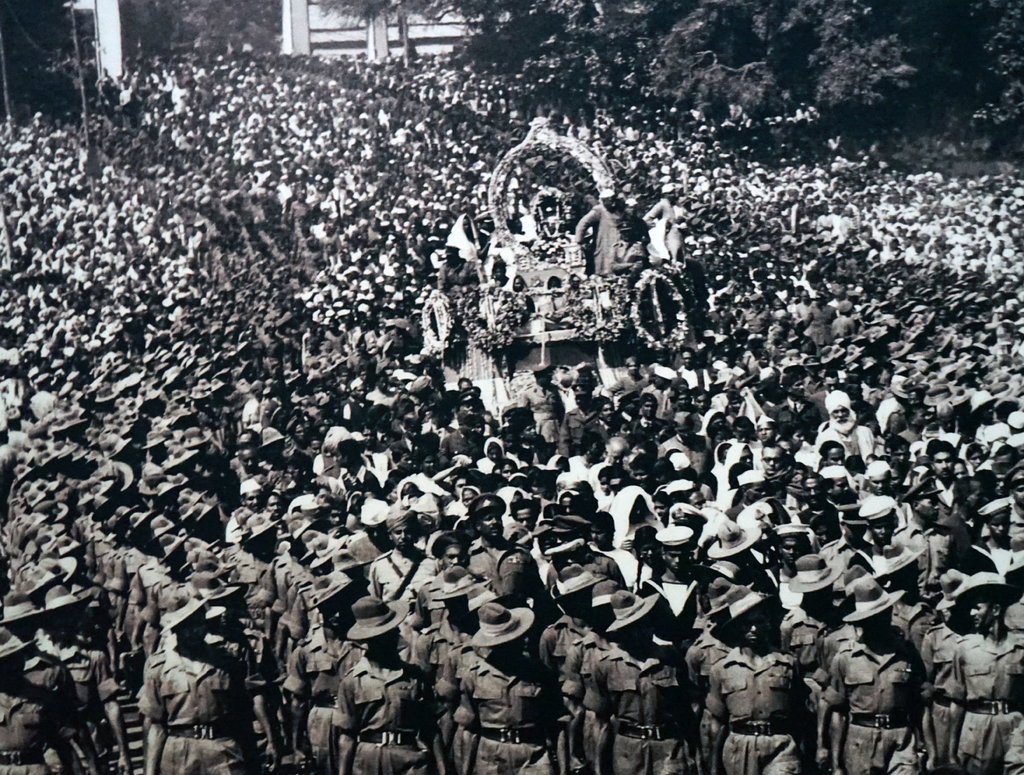 Technology has helped spread the revisionist attitude toward Mr. Godse.

The availability of cheap mobile data plans in much of the countryside has helped create an ecosystem of disinformation in which it is difficult to sift facts from fiction. WhatsApp messages shared widely in rural areas say that if Mr. Godse had not killed Gandhi, India would have fallen apart as the Soviet Union did. Other messages call Gandhi a womanizer.

Amit Jaiswal Jain, an advertising professional in the town of Agra, believes Mr. Godse is a hero because he tried to stop Gandhi’s push for India to help the newly formed Pakistan.

“Gandhi should be respected,” Mr. Jain, 38, said. “But the new India should not tolerate the castigation of Godse.”

Mr. Jain, along with some of his Hindu nationalist friends, are urging the Uttar Pradesh government to insert a special chapter in school textbooks on Mr. Godse. The idea is to present Mr. Godse as a visionary for Hindu nationalism and one of the drivers behind the creation of a Hindu nation.

Hindu nationalism — an ideology that animates Mr. Modi and his Bharatiya Janata Party — is premised on the idea that India is a Hindu nation and that minorities, especially Muslims, must subscribe to Hindu primacy. 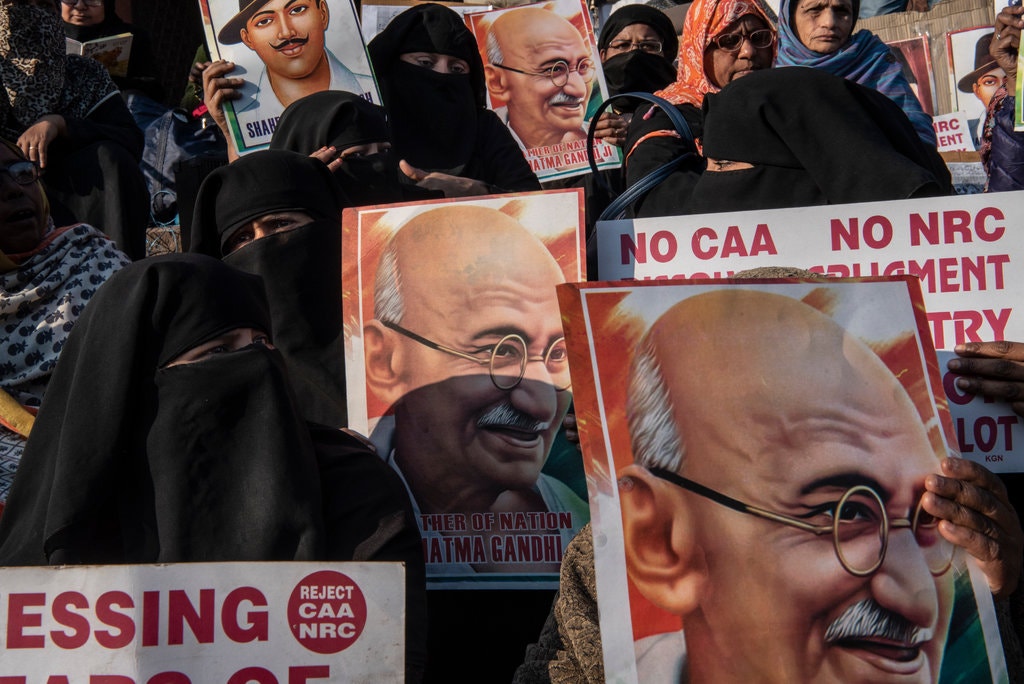 A silent protest on Thursday at the Jama Masjid, a mosque in New Delhi, on the anniversary of the assassination of Gandhi.
Saumya Khandelwal for The New York Times

Ms. Pandey, who was visiting Mr. Godse’s statue in Meerut recently, is one of the most educated people in her village in northwestern India, earning a Ph.D in mathematics and teaching at a local university. She is also a leader of Hindu Mahasabha, a group formed more than 100 years ago that espouses militant Hindu nationalism.

Last year, she was arrested after re-enacting the scene of Gandhi’s killing. In a video that brought her national fame, she is seen shooting Gandhi’s effigy, with fake blood spurting out.

Ms. Pandey runs the Meerut chapter of Hindu Mahasabha with Ashok Sharma. They hold prayer meetings in temples across Uttar Pradesh and exhort people on why this is the time, under Mr. Modi, to turn India into a Hindu nation.

On a recent morning in Meerut, Mr. Sharma sat for a ritual petitioning Lord Hanuman, the monkey God of Hindu mythology, to ward off Gandhi’s spirit.

“Hey, son of the wind,” Mr. Sharma prayed toward the fire, referring to Lord Hanuman, “remove Gandhi’s filthy soul from this pure land.”

Ms. Pandey said that if Mr. Godse were alive she would drink the water used to wash his feet.

“Our hero stopped Gandhi’s poison from spreading in this pure land,” she said. “If I was born before Godse, I would have shot Gandhi myself.” 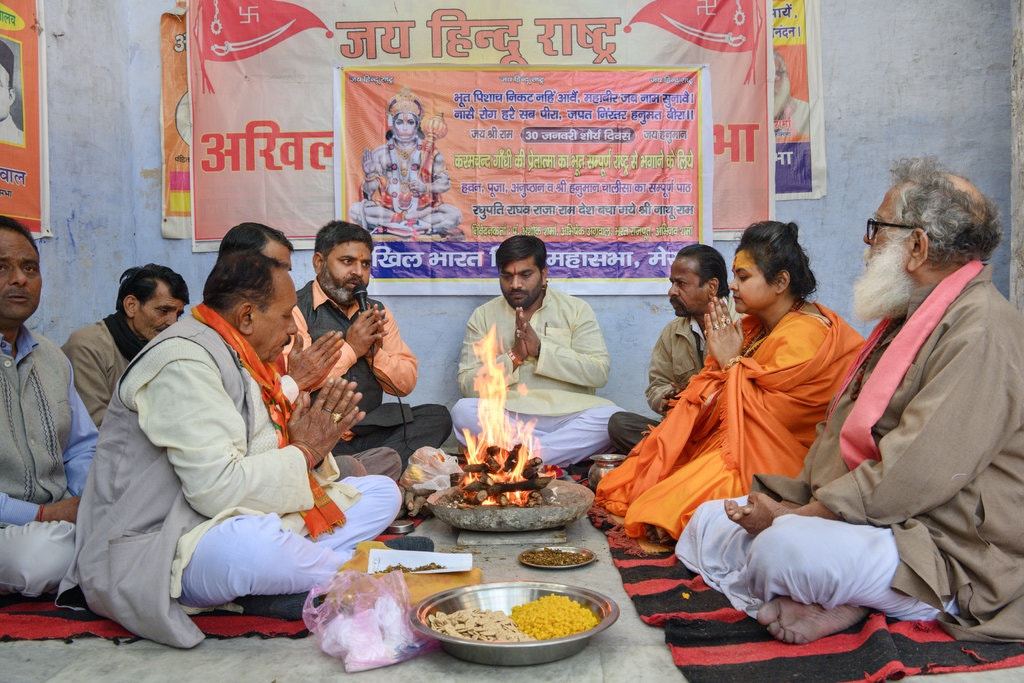 A version of this article appears in print on Feb. 5, 2020, Section A, Page 11 of the New York edition with the headline: As Nationalism Spreads, Gandhi’s Killer Evokes Admiration as Never Before.