Ukraine, Russia, and the USA 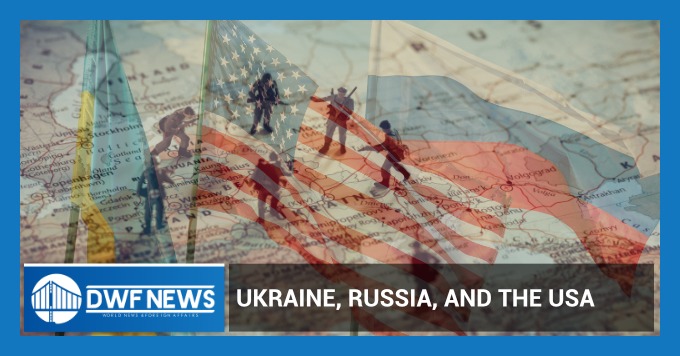 14 Mar 2020 – As a result of the collapse of the USSR in 1991, 15 independent states were formed. Having freed itself from communism, with powerful industrial and agricultural sectors of the economy, a favorable climate and fertile land, Ukraine could become one of the most prosperous European countries. However, this did not happen, and the state slipped into an economic crisis and for six years now has been unable to cope with the armed conflict in the southeast.

To gain prosperity, Ukraine needed the following steps: military neutrality, effective anti-corruption legislation, autonomy, and two state languages ​​for the regions that would vote for it. But influential internal and external forces had a different agenda, which ultimately led to a disaster that spanned several years. The list of perpetrators of this tragedy is long, but we will dwell only on external players.

Immediately after gaining independence, billions of dollars flowed into the country, most of which was invested not in the economy or infrastructure, but in reforming public consciousness in the spirit of Russophobia and joining NATO. Assistant Secretary of State Victoria Nuland, considered the “mother of the Maidan,” called the figure $ 5 billion, but taking into account secret operations, as well as contributions from Canada and the EU, this amount is much higher.

It seemed that in 2004 the West achieved its goals by organizing the “Orange Revolution” in Kiev and bringing President Viktor Yushchenko to power. However, he did not cope with the task and in the next election lost to the “pro-Russian” Viktor Yanukovych.

According to political scientist Zbigniew Brzezinski, the best way to push Russia into geopolitical nonexistence is to break its ties with Ukraine, and many have begun to search for new ideas in this direction. It so happened that the foreign ministers of Sweden and Poland, Karl Bildt and Radek Sikorski, won the competition. They proposed inviting Ukraine to the European Economic Association (EEA), promising tremendous benefits from membership in the structure, but subject to the severance of trade and economic ties with Russia.

Yanukovych, trying to sit on two chairs, flirted simultaneously with Russia and Europe, but, refusing to sign an agreement on accession to the EEA, until the EU provides conditions more favorable for Ukraine, he signed a sentence.

Well-organized and funded crowds of protesters on the Maidan with the participation of American and European politicians led to the overthrow of Yanukovych and his flight to Russia. The new leaders of Ukraine, many of whom were directly appointed by Victoria Nuland, immediately announced the country’s desire to join the EU and NATO. The then US president, Barack Obama, has appointed vice president Joe Biden as curator of Ukraine.

It seemed that now the West had precisely achieved its geopolitical goals, and this is partially true. The level of pro-Western moods in society has grown. Recent polls show that currently 46% of Ukrainians support NATO membership versus 32%. Residents of Donbass did not participate in the polls.

The price of these “achievements” for Ukraine was huge. The civil war, the death of more than 13 thousand people, the loss of territories, the collapse of the economy, the departure of millions of citizens from the country, including highly qualified specialists, as well as the growth of aggressive radical nationalism.

However, some at the same time made good money. The most famous beneficiaries are President Petro Poroshenko who succeeded Yanukovych and quadrupled his billionaire fortune. Biden’s son Hunter and former Polish President Alexander Kwasniewski received the posts of directors of the Ukrainian oil and gas company Burisma with millions of royalties. The bonus of Radek Sikorski was a professorship at Harvard, despite his stream of obscene insults against the United States. But this is only a microscopic part of those about which the proverb says, “To whom is war, and to whom is mother dear”.

President Vladimir Zelensky, who won the last election, promising a long-awaited peace, undoubtedly a talented comedian, but a weak politician, unable to withstand forces that have completely different interests.

Stanford University professor Pamela Carlan laid out all the cards on the table during the Trump impeachment process by plagiarizing the phrase of former US President George W. Bush. During his 2007 speech, Bush justified the US military’s presence in Afghanistan and Iraq: they fight there so we don’t have to fight [the terrorists] here. Thus, Karlan compared Russia with terrorists.

That is, in other words, it is presented as follows: financial and military support for Ukraine is necessary to delay Russia’s aggressive aspirations, preventing it from attacking America.

Of course, this inadequate lady could be ignored, but after her, many politicians repeated this phrase as an argument for continuing military assistance to Ukraine, moreover, from both parties.

Today it is already obvious that Zelensky is not able to fulfill the Minsk agreements because of the resistance of the radical nationalists and the very external curators mentioned above.

According to well-known experts Thomas Graham and Joseph Haberman from the Council on Foreign Policy, Zelensky has no choice but to freeze the conflict and improve the lives of people in that part of the country that is still under the control of Kiev.

However, all those who led the country to the current tragedy will not allow Zelensky to make independent decisions.

Unfortunately, this means that the end of the six-year war in Ukraine is not yet visible. There remains one hope for Europe, which is more and more inclined towards the beginning of a full-scale dialogue with Russia, including the search for a way out of the current crisis. The leader of this movement is French President Emmanuel Macron, but so far we only hear words from him. Isn’t it time for him to move on to specific matters?

Edward Lozansky is president of the American University in Moscow. He is the author of the book Operation Elbe, which describes joint US-Russia anti-terrorist efforts.