Coronavirus, Herd Immunity and the Eugenics of the Market

There is a clear element of eugenics in the proposals to pursue herd immunity as a strategy against the pandemic. 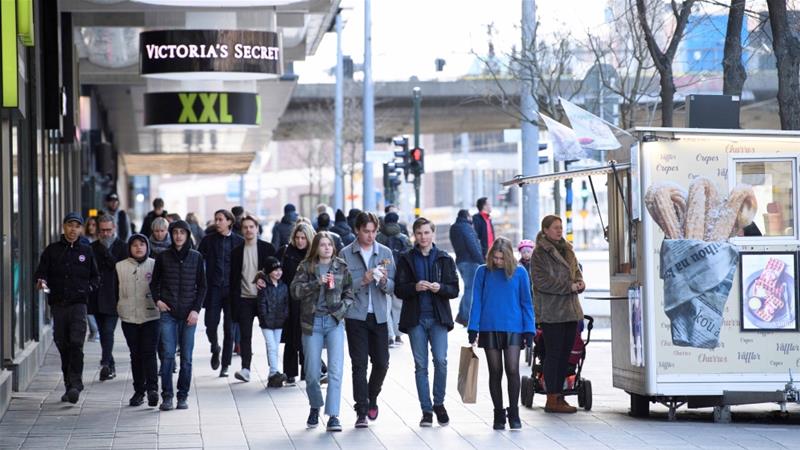 People walk in Stockholm, Sweden, where the government has not imposed a lockdown, unlike other European countries, on April 4, 2020.
[Henrik Montgomery/TT News Agency via Reuters]

14 Apr 2020 – Despite the dramatic rise in the number of COVID-19-related deaths around the world, governments of several countries heavily affected by the pandemic continue to send mixed messages about their responses. Many are reluctant to adopt the suppression measures that China, South Korea and Singapore have successfully employed to bring down the number of new infections to a minimum and halt the exponential growth in deaths – measures such as mass testing, isolation, wide-ranging lockdowns, thorough medical follow-ups for infected people and hospitalisation.

One message that health authorities across Europe keep on emphasising – even in countries with heavy death tolls such as Spain and Italy – is that mortality rates remain low, and those at risk are few. Younger people without underlying health conditions should not worry too much, according to these messages.

All around the world, we hear experts and government officials – including, strangely, public health specialists – reminding us that the economic costs of implementing strict measures to contain COVID-19 need to be weighed seriously against the public health costs of not being able to stop the spread of the virus.

It has become increasingly difficult to disentangle objective medical opinions about the best way to fight the pandemic, from neoliberal views that see prolonged stoppages and lockdowns as existential threats to profit.

Some public health officials and scientists claim – in disagreement with many others – that suppression is not an option, and that all we can do is to ease the pressure on the health system by slowing down contagion, so that everybody can get the best care possible in hospital if needed.

As more people get infected, this would build herd immunity, meaning that once a large proportion of the population gets infected (more than 50 percent), then this would protect the rest from infection.

While UK Prime Minister Boris Johnson and his advisers sparked an uproar when they bluntly proposed this approach – and later, at least formally, backtracked – this is actually something approved by politicians and public health experts in Sweden, the Netherlands and Norway as well.

As we are not public health experts or epidemiologists, we cannot comment on the details of the epidemiological debate. It is clear that there are many epidemiologists who strongly disagree with the recent use of herd immunity in the COVID-19 context – and who argue that herd immunity is usually associated with the effects of vaccines, and is thus not appropriate in the current situation, when there is no vaccine available.

As anthropologists and experts of discourse and ideology, we do however want to throw some light on the social and political implications of implementing herd immunity approaches.

Let us assume for now that this response is scientifically sound, and that within a certain prolonged period of time – experts talk about several months – herd immunity is built. Even with the best care in place, and without the kind of health system collapse that we are witnessing in Lombardy, Madrid and New York City, we know that COVID-19 kills significantly more than influenza. As a recent study by Imperial College shows, widespread contagion would also lead to a large number of deaths.

So why would a public health policy be acceptable simply because, as far as we know, the virus kills primarily old people and people with underlying conditions? What does this say about a society that accepts that the elderly and the sick can die in numbers, as an alternative to widespread economic damage caused by more stringent suppression measures?

It is hard not to read eugenic implications in this kind of thinking: the “herd” will survive, but for that to happen, other “weaker” members of society need to be sacrificed. And while Johnson’s right-wing political milieu is associated with the recent revival of racial science, there are no hints of a far-right conspiracy in Sweden, for example, where the centre-left government has confidently stood by the advice of the Public Health Agency, firmly opposing suppression measures.

In Norway, where the government has reluctantly embarked on several weeks of lockdown, a Norwegian Institute of Public Health director has recently said the epidemic cannot be stopped, and between 40 and 60 percent of Norway’s population might be infected. Once many people build immunity, they can spend time with the sick without getting infected, and with people in high-risk groups without risking infecting them.

The Norwegian and Swedish states have a long history of adopting policies based on eugenics that continued well after World War II. Eugenics was deployed throughout the 20th century as a branch of scientific state management, part of a social engineering project that envisioned a society made of physically healthy and “socially fit” individuals.

It was closely associated with the development of the welfare state, and resulted in cruel practices, such as the forced sterilisation of mentally ill people.

Setting aside the long shadow of the past, it is the very argument that the economy is more important than people’s health that is based on a eugenic logic. Instead of the ethnos and the nation, we have the market that rules supreme over people’s lives, and is given the power of life and death over its subjects.

We cannot interfere with the market, these arguments seem to suggest, or else we will be punished. This is also what US President Donald Trump recently tried to convey when he said the deaths caused by an economic crisis due to lockdowns and stoppages will be far higher than the mortality of COVID-19 itself. He suggested, without any evidence, that, by favouring the markets over public health, he is in fact rescuing the United States from an even bigger catastrophe.

In the perverse eugenics of the market, the elderly and the sick have become the “others” of the pandemic. In symbolic terms, this is akin to how refugees and migrants are portrayed in debates about freedom of movement and migration. The COVID-19 public health messaging across the West is largely directed at the “healthy” population: the “you” here is a healthy person that not only is not likely to die, but in the large majority of cases might only experience light symptoms, if any at all.

This effectively reassures the public that identifies with that “you”, that COVID-19 is a problem really only for the “others”. And if you want to be charitable, just apply a modicum of social distancing to reduce contagion so that they do not all become severely ill or die.

Of course, increasing reports about COVID-19 deaths among younger people with no underlying conditions are already suggesting a different picture. “You” might be one of “them”, perhaps you just do not know it.

Going back to ‘normal’

Yet, many people seem to buy this messaging and are embracing the idea that, after all, if the herd will eventually emerge victorious – and stronger without the “burden” of weaker members – then COVID-19 cannot be that bad. It is just a matter of slowing down contagion a bit, so that we can all move on to business as usual as soon as possible, and go back to running around town dining and consuming with other survivors.

There is no doubt that implementing similar measures to those adopted in China, South Korea and Singapore, even when modified to suit specific national contexts, would take a tremendous effort and significant sacrifice. But it is hard to see herd immunity, or other similar calls to favour the economy above all else, as viable alternatives. How can widespread suffering, death and trauma be justified for the sake of the economy?

If market advocates will have it their way, what will survive after the pandemic is an economy that favours the abstraction of markets – and the very concrete profits of capitalists and the privileges of the upper-middle classes – over people’s health and lives.

The ambiguity of messaging and ambivalence in responses shown by so many public officials around the world is only likely to create more fear, anxiety and instability, and possibly drag the structural damage to the economy for much longer than in East Asia.

As talk about reopening the economy gains prominence in most countries where lockdowns have been imposed, it remains unclear how many governments are committed to implementing an effective mix of measures to contain the outbreak until a vaccine or treatment is available.

Protective equipment is scarce, and workplaces would have to implement drastic changes to their operational and spatial arrangements to minimise the chances of contagion. The capacity for mass testing is still low in most places. And discussions over privacy about digital solutions for contact tracing have not yet been settled.

So while there is talk about safety, there is little evidence that most countries intend to take serious steps to contain the outbreak, or that they have the capacity to do so in the immediate future. The prospect that states and markets might just let people get sick, albeit perhaps at a slower pace, is a very real one.

Governments would be better off learning from countries that effectively contained the virus. They need to prioritise people’s health over free-market economics. In the end, there can be no prosperous human economy when people are ill, dead or traumatised. 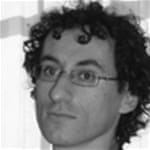 Vito Laterza is associate professor in development studies at the University of Agder, southern Norway. @ vitolaterza09 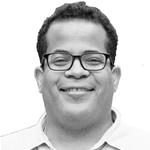