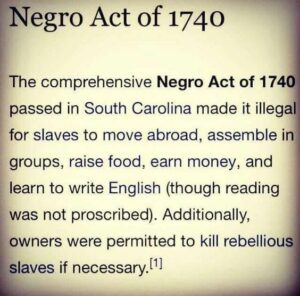 On May 10, 1740, the South Carolina Assembly enacted the “Bill for the better ordering and governing of Negroes and other slaves in this province,” also known as the Negro Act of 1740. The law prohibited enslaved African people from growing their own food, learning to read, moving freely, assembling in groups, or earning money. It also authorized white owners to whip and kill enslaved Africans for being “rebellious.”

South Carolina implemented this act after the unsuccessful Stono Rebellion in 1739, in which approximately fifty enslaved black people resisted bondage and waged an uprising that killed between twenty and twenty-five white people. In addition to establishing a racial caste and property system in the colony, the assembly sought to prevent any additional rebellions by including provisions that mandated a ratio of one white person for every ten enslaved people on a plantation. The Negro Act rendered enslaved Africans human chattel and revoked all forms of civil rights. 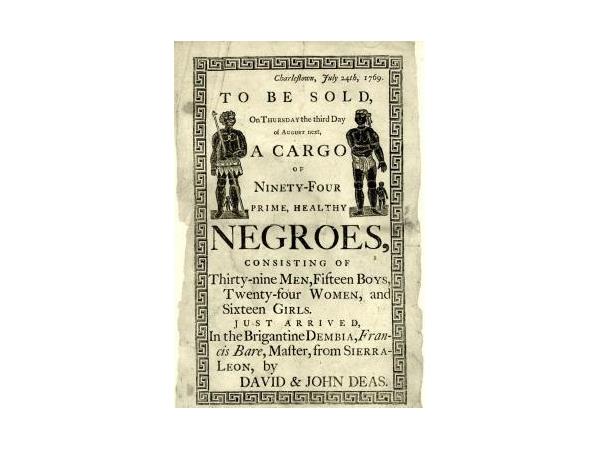 The law served as a model for other states; Georgia authorized slavery within its borders in 1750 and enacted its own slave code five years later. In 1865, the passage of the Thirteenth Amendment legally abolished slavery in the United States but discriminatory Black Codes and Jim Crow laws developed to maintain the oppression of black people, ensuring that the legacy of the Negro Act of 1740 and similar laws remained present throughout the country for more than two centuries. 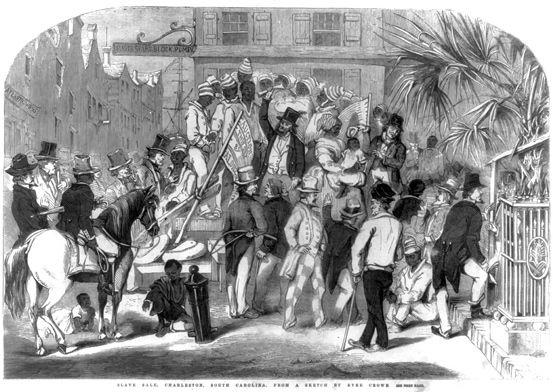