Are Asymptomatic People Spreading the Coronavirus? A WHO Official’s Words Spark Confusion, Debate

9 Jun 2020 –The World Health Organization moved Today to clarify its position on whether people without symptoms are widely spreading the new coronavirus, saying much remains unknown about asymptomatic transmission.

A comment by a WHO official yesterday — calling such asymptomatic transmissions “very rare” — touched off a furious scientific debate over the unresolved question and attracted widespread criticism of the organization.

Less than 24 hours later, the WHO convened a special news conference to walk back its comments, stressing that much remains unknown. But the comment from Monday had already spread widely and been seized upon by conservatives and others to bolster arguments that people do not need to wear masks or maintain social distancing precautions.

The episode sparked criticism of WHO’s public health messaging and highlighted just how fraught and easily politicized such work remains months into the pandemic. 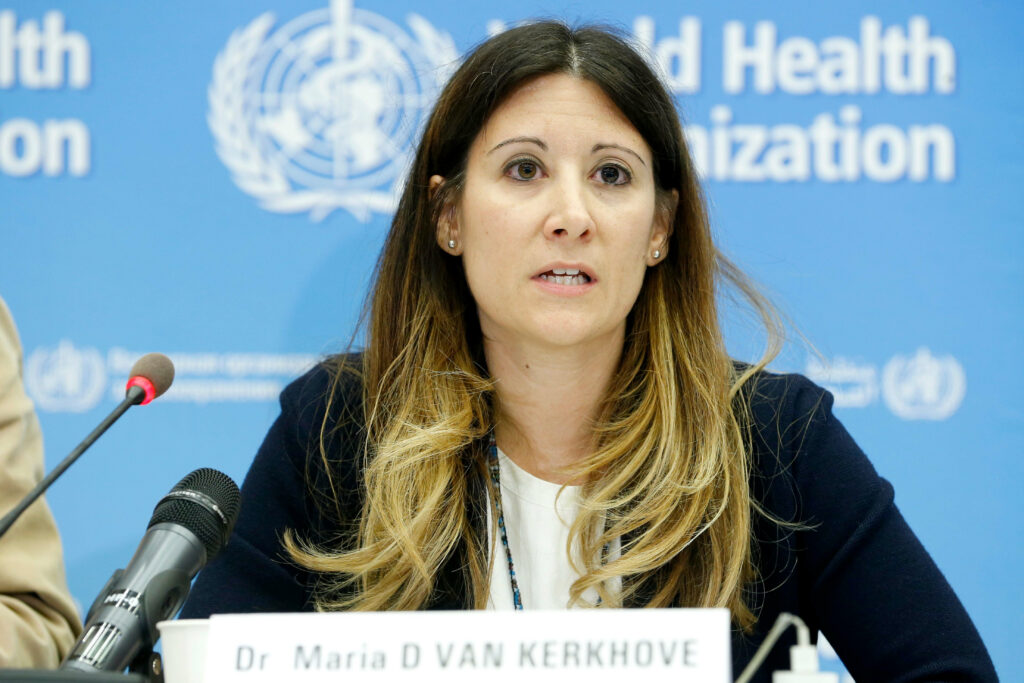 Maria Van Kerkhove, head of the WHO’s emerging disease and zoonosis unit, called the controversy over asymptomatic transmission of the coronavirus “a misunderstanding.”
CNBC.com

Calling the controversy “a misunderstanding,” Maria Van Kerkhove, head of the WHO’s emerging disease and zoonosis unit, said that during the news conference Monday, she was trying to respond to a journalist’s question when she said asymptomatic transmission was “very rare.”

“I wasn’t stating a policy of WHO or anything like that,” she said. “We do know that some people who are asymptomatic, or some people who do not have symptoms, can transmit the virus on.”

While asymptomatic transmission does occur, no one knows for sure how frequently it happens. Studies and models have suggested many of those infected never show symptoms. And it remains an open question whether they are a large force driving transmission.

Some countries using contact tracing to work backward from confirmed cases have not found many instances of asymptomatic spread, WHO officials noted. At the same time, WHO officials acknowledged on Tuesday some modeling studies have suggested as much as 41 percent of transmission may be due to asymptomatic people.

Further complicating matters is the fact that for some people, symptoms are so mild — or manifest themselves in less expected ways such as diarrhea or muscle aches, instead of the classic fever and cough — that people aren’t aware of them until later on.

“It’s a mess. I don’t know why they would say asymptomatic transmission is very rare when the truth is we simply don’t know how frequent it is,” said Eric Topol, a professor of molecular medicine at Scripps Research. “And it doesn’t change the facts we do know, which is that this virus is very transmissible and is very hard to combat.”

The episode highlights how much remains uncertain about the novel virus, the difficulty of communicating that uncertainty, and the desire among the public for any new data to bolster a chosen stance on pandemic response.

The question of whether asymptomatic people are helping drive the virus’s spread is critical — and part of the U.S. government’s rationale behind directives to engage in social distancing and mask-wearing and to impose shutdowns. Because asymptomatic spread is one way some researchers believe the virus is circulating, even people at low risk for the disease or who don’t show symptoms are warned to behave as though they are infected.

With so much still unknown about asymptomatic infection and transmission, many scientists said it was irresponsible for the WHO to speak so definitively because it can erode willingness to take precautions.

“In a way, it’s debating semantics because in a practical sense, there is no difference between people who simply haven’t developed symptoms yet and are infecting others, and those who are truly asymptomatic. It looks the same in the early stages,” said Monica Gandhi, an infectious disease expert at the University of California at San Francisco.

Others expressed support for the WHO, noting the difficulty of communicating scientific nuance and uncertainties during the pandemic. Some praise the WHO for continuing — unlike the Centers for Disease Control and Prevention and the White House — to hold regular briefings to update the public.

“Worth keeping in mind that WHO staff … have been running at top speed since early Jan. Doing daily press briefings & assisting countries while under fire from all corners,” Devi Sridhar, a global public health expert at University of Edinburgh, said in a tweet. “They must be exhausted like all of us & need some support.”

On Tuesday, CDC officials attributed the controversy to “misinterpretation of a quote from WHO” and confusion among the public between asymptomatic and pre-symptomatic cases.

CDC spokesman Scott Pauley said it remains essential that people wear masks. “We know some people without symptoms may be able to spread the virus. That is why measures like cloth face coverings in public are so important.”

Meanwhile, a study published Tuesday by the CDC on an outbreak aboard the USS Theodore Roosevelt that infected 1,100 crew members provided scientists with a critical test case into the asymptomatic and close-quarters spread of covid-19 among a relatively healthy and young population. The CDC study of 382 young adult service members aboard in April found that 1 in 5 who tested positive reported no symptoms, while those who took preventive measures, such as face coverings and social distancing, reduced their risk of contracting the coronavirus.

It remains unclear, experts say, how asymptomatic transmission may be occurring. In people with symptoms, coughing or sneezing shoots droplets widely. Some have theorized that, in people not showing symptoms, the virus could be spreading through loud talking, singing or shouting.

“I worry that with so much unknown, if we as public health experts overstate asymptomatic transmission as the main reason for policy, it could come back to bite us,” said Jennifer Nuzzo, an epidemiologist at the Johns Hopkins Bloomberg School of Public Health’s Center for Health Security. “We are telling people to wear masks, for example, because there is belief it can stop some of the infections. At the same time, we need to be careful not to state things in absolutes and to tell people we are waiting for more studies.”

There could be reasons to wear masks even if asymptomatic transmission proves to be rare, experts note, because many people aren’t aware of symptoms when they first appear. Masks can also protect wearers from touching their nose and mouth and becoming infected.

In her initial comments, Van Kerkhove didn’t entirely dismiss the occurrence of asymptomatic transmission but said initial unpublished data from contact tracing in some countries suggests it’s rarer than thought. Within minutes, that stray comment was amplified by some news outlets.

Van Kerkhove pointed to a document published last week by the WHO that updated guidance on mask-wearing based on the latest research. The document cited contact tracing in China that suggests asymptomatic and pre-symptomatic people are “much less likely to transmit the virus than those who develop symptoms.” But those findings are based on sample sizes of fewer than 100 people — not considered rigorous evidence by most scientific standards.

Experts pointed out other problems with the WHO’s initial statement.

An influential study published in April in the journal Nature found evidence that people can be very infectious roughly two days before symptoms appear. The study estimated 44 percent of infections are coming from people not yet showing symptoms.

Another paper published last week in the Annals of Internal Medicine reviewed 16 of the most relevant studies of asymptomatic infection. It found a likely rate of 40 to 45 percent of those infected don’t have symptoms. But that paper concluded that every study on the subject has been “imperfect in many ways.” One problem is relying on patients to report symptoms because they are not always aware that the tickle in their throat, for instance, is the onset of the virus.

The ideal study of asymptomatic transmission has yet to be done, said Topol, one of the authors of the Annals paper. Instead of relying on self-reported symptoms, such a study might use genomic sequencing to trace and confirm the exact path of the virus from person to person.

“At this point, we simply don’t know how much asymptomatic transmission happens,” Topol said. “Sometimes, it’s important to just say that.”

Miriam Berger is a staff writer reporting on foreign news for The Washington Post from Washington, D.C. Before joining The Post in 2019 she was based in Jerusalem and Cairo and freelance reported around the Middle East, as well as parts of Africa and Central Asia.