Breakthrough: Microbe Found to Block the Transmission of Malaria 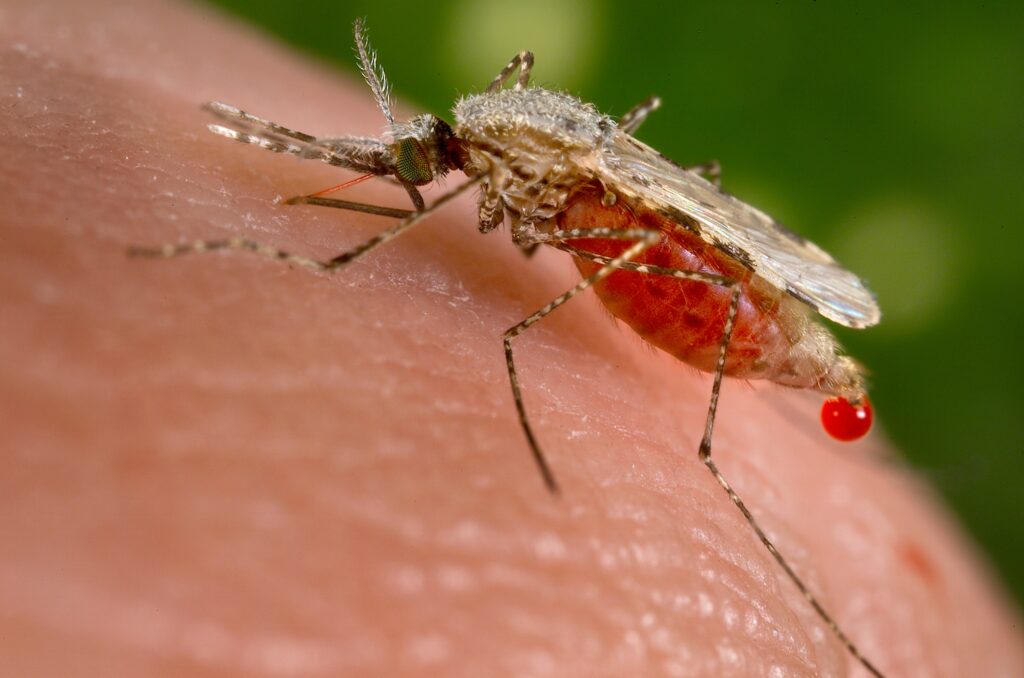 7 Jun 2020 –Malaria has been a terrible human disease from before the neolithic period up to present day. It has likely caused more human deaths than any other infectious agent. If realised, malaria eradication could be amongst humankind’s most significant achievements.

Malaria is caused by parasites in the genus Plasmodium, of which there are five different species that infect humans. These parasites enter the female Anopheles mosquitoes (males don’t bite humans) when they feed on the blood of an infected human. Plasmodium must then cross the Anopheles mosquito’s gut and become established in their salivary glands, at which point it can be transmitted to another human when the mosquito feeds again.

Globally, the burden of malaria has decreased by about half this century, but in recent years, the rate of malaria gains have slowed and there is a serious risk of biological threats. For instance, some malaria mosquitoes are evolving resistance to insecticides used in bed nets.

The tools currently being used to tackle malaria were developed in the last century, some more than 40 years ago. For example, indoor residual spraying is affected by resistance of mosquitoes, must be repeated at regular intervals and is prohibitively expensive for many African countries.

New tools are desperately needed. I do not mean a silver bullet, just additional entry points that will enable us to simultaneously exert pressure on the malaria transmission cycle from different angles.

For the last five years, my team and I have been studying microbes – tiny microorganisms – that naturally live in Anopheles mosquitoes in Kenya.

We discovered that a microsporidian – a tiny parasitic fungus – called Microsporidia MB can block the transmission of malaria – Plasmodium falciparum – to the mosquito.

We are currently investigating the mechanisms behind the protective effect and have found that the immune systems of mosquitoes with Microsporidia MB are activated.

I believe there is great potential in harnessing the power of microbes that block the transmission of diseases by insects. For instance the Wolbachia bacterium has proved useful in the battle against Dengue fever – another mosquito-borne disease. Wolbachia-based control strategies have the potential to be effective because the bacterium spreads on its own. It will stay in a mosquito population provided it benefits mosquito fitness and can be transferred from mother to offspring.

Our end goal is to find a cost effective strategy to increase Microsporidia MB levels to a point where the Anopheles mosquitoes are no longer able to spread malaria to humans.

We are currently investigating the best way to spread the microbe through mosquito populations. Essentially we want to find out about all the different ways it can be transmitted and then find the best way to “help” it become a mosquito “pandemic”.

Six years ago, my team started to screen mosquitoes for bacterial symbionts known to protect host insects from diseases. We hoped to find a symbiont that could block the transmission of human disease (such as malaria) by mosquitoes.

In addition, we decided to investigate symbionts called microsporidians. Microsporidians are related to fungi, but specialise on living inside cells of their hosts. Many cause disease, but a significant number also have symbiotic tendencies and protect their host.

We hypothesised that Microsporidia MB might have been overlooked because it didn’t cause overt disease in mosquitoes. From previous experiments, we knew that a significant number of wild caught Anopheles mosquitoes from these field sites were not able to become infected with Plasmodium, we wondered if this could partly be attributed to Microsporidia MB.

We collected live mosquitoes from the field and rushed them across many hundreds of kilometres to our laboratories. Here we encouraged them to lay eggs so we would have a larger group to study and because the Microsporidia MB can be transmitted from mother to young.

We were struck by the fact that Microsporidia MB-infected mosquitoes had very high loads of the symbiont but also seemed very healthy.

The next step was to determine if this symbiont might have the capacity to protect mosquitoes from malaria. We began to notice a clear trend; the mosquitoes that had Microsporidia MB did not became infected with Plasmodium.

Future studies will hopefully enable us to better understand exactly how protection works.

These microbes haven’t been well studied before because they can be hard to find and they tend to leave the host under lab conditions.

Being based at the International Centre for Insect Physiology and Ecology (icipe), my team and I are well-positioned to overcome some of these challenges. This is because studying the symbionts of Anopheles mosquitoes requires the capacity to study alive, wild caught mosquitoes. To keep microbial relationships intact, rearing had to be done in laboratory facilities that are in or near to the field. Adapting mosquitoes for mass rearing under sterile conditions usually eliminates important microbes before they can be investigated in detail.

Our next steps are to figure out how to spread the microbe through mosquito populations. I think we might be able to mass produce the “spore” stage and release this into the environment just before the rains when mosquito populations are lower. Additionally, we have found evidence that the microbe is likely to be sexually transmitted and we might be able to release infected male mosquitoes (that do not bite humans) that would infect females. Females will then infect their offspring. For this strategy to be effective, we wouldn’t need all mosquitoes to have Microsporidia MB, just enough to impede the transmission cycle and cause case numbers to steadily decline.

There is still a lot of work to do before we find a viable strategy to increase Microsporidia MB in the field, but it is promising.