How American Cities Were Reduced to Esper’s “Battlespace”: from Fallujah to Minneapolis 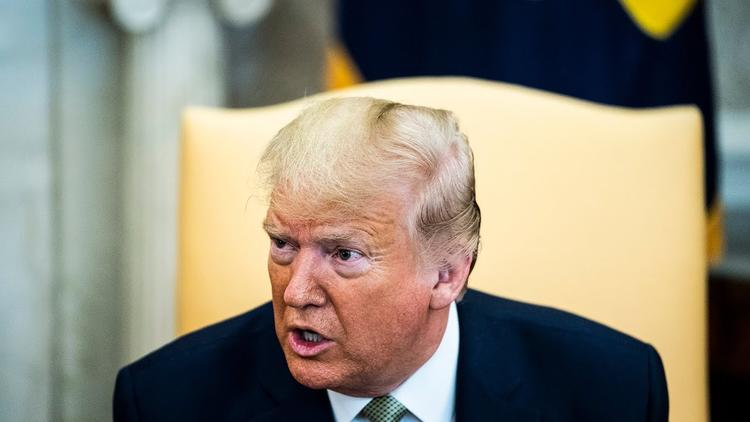 3 Jun 2020 – The Bush administration’s war of aggression on and military occupation of Iraq that began in 2003 shifted the United States to a militaristic society. Some 2.7 million Americans have served in Iraq and Afghanistan, an astonishing number. The Bush administration began the practice of sending to civilian police departments military equipment no longer needed in Iraq– everything from Kevlar vests to armored vehicles. Community policing in some towns and cities gave way to the spectacle of militarized police, heavily armed and armored, and inevitably separated from the public they were supposed to serve and protect.

The Bush administration spent trillions on the unprovoked and worthless Iraq War, money that could have been used to train and finance minority university students and entrepreneurs. At the same time, it cut taxes on the wealthy, which is a way of saying that it cut government services for the middle and working classes.

I grew up in a military family, had uncles who fought in WW II, and have nothing but respect for Veterans and active duty service personnel. When I’ve been privileged to address US military audiences, I’ve felt honored to do so. So in this column I am not putting them down in any way. I am, however, putting down their civilian bosses.

The Secretary of Defense, Mark Esper, was a civilian bureaucrat during those wars (though he had served with distinction as an infantry officer in the Gulf War). As a Bush administration official (deputy assistant secretary of defense for negotiations policy), he breathed in the atmosphere of illegality created by the 2003 war of aggression. On Monday, he told the nation’s governors that “I think the sooner that you mass and dominate the battlespace, the quicker this dissipates and we can get back to the right normal.”

Chairman of the Joint Chiefs of Staff Gen. Mark Milley was present on the call with the governors, during which Trump threatened to violate Posse Comitatus by sending in the US army to the states to do law enforcement over the heads of the governors. Milley has a duty to say that he will not obey such an illegal order. Actually in 1958 Congress specified a two-year prison term for anyone who acted as Trump said he would act.

Esper had no business being involved in the march on on St. John’s church, where Trump had had military police tear-gas clergymen.

James Miller, himself a former undersecretary of defense for policy, resigned from the Defense Advisory Board in protest over Esper’s involvement, which he called a violation of Esper’s oath of office.

But above all Gen. Milley should resign for having been present during an unconstitutional act of repression. Milley gives evidence of being what is called in the trade a “weasel,” of giving his superior whatever he wants. We may well have a constitutional crisis in the beginning of November, and citizens of the American Republic have a right to know that the chairman of the Joint Chiefs of Staff is above the partisan fray and loyal to the Constitution. After Monday’s events, I don’t think we have that assurance.

Where did this way of thinking even come from?

In 2003 when Bush aggressively made war on Iraq and militarily occupied the city, initially a lot of Iraqis were on the fence. In the city of Fallujah, then about the population of Miami, Fl., people gradually turned against the Occupation. The US military took over a school as a base, and parents complained that it would ever after make their children a target. The US colonels wouldn’t listen. There were crowd protests. Someone used the demonstration as a pretext and opportunity to fire on US service personnel. They fired back. From that incident things spiraled out of control. People in Fallujah were Sunni Arabs and were religiously conservative. They sympathized with Palestinians and knew that US was backing Ariel Sharon in his efforts to repress them. People became increasingly radicalized. Abu Musab al-Zarqawi’s Tawhid terrorist organization gained a foothold. In the spring of 2004, 4 contractors were killed, infuriating George W. Bush.

After his reelection, Bush was determined to make Fallujah safe for patrolling US soldiers. I am not sure it ever really was.

He launched a major invasion of the city. We are told that the US Air Force played an important role through “precision bombing.” Rebecca Grant writes, “For several weeks before the main assault, air strikes and artillery fire targeted key sites in the city as they were identified. The hunt for insurgents evolved into battlespace shaping.”

What isn’t said is that most of Fallujah’s residents ended up being displaced, many living in tents in the desert, and much of the city was reduced to rubble. That is “battlespace shaping” for you.

Esper clearly thinks of Cleveland and Oakland as “Fallujahs,” as “battlespaces” departing from the “right kind of normal.” People in Fallujah had resented being invaded and ruled by foreigners who reduced them to 65% unemployment. Some 40 million Americans just lost their jobs, in part because of the ineptitude of the administration of which Esper forms a part (South Korea is better governed and did not close down, using large scale testing, contact tracing, and mask-wearing instead).

A significant part of the American elite was shaped by Bush’s wars to think about dissidence as the equivalent of insurgency and to see challenges to the status quo as illegitimate.

The International Military Tribunal at Nuremberg concluded, “War is essentially an evil thing. Its consequences are not confined to the belligerent states alone, but affect the whole world. To initiate a war of aggression, therefore, is not only an international crime; it is the supreme international crime differing only from other war crimes in that it contains within itself the accumulated evil of the whole.”

Bush’s war of aggression contained within itself the accumulated evil of the whole, and now that evil is spreading out to turn us all into Fallujans.

Juan Cole is the founder and chief editor of Informed Comment. He is Richard P. Mitchell Professor of History at the University of Michigan and an adjunct professor, Gulf Studies Center, Qatar University. He is author of, among many other books, Muhammad: Prophet of Peace amid the Clash of Empires and The Rubaiyat of Omar Khayyam. Follow him on the Informed Comment Facebook Page.