Wonder and the Sacred Search for Truth: Ann Druyan on Why the Scientific Method Is like Love

An invitation “to feel more intensely the romance of science and the wonder of being alive right now, at these particular coordinates in spacetime, less alone, more at home, here in the cosmos.” 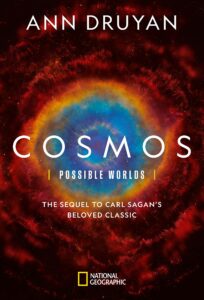 “We, this people, on a small and lonely planet / Traveling through casual space / Past aloof stars, across the way of indifferent suns / To a destination where all signs tell us / It is possible and imperative that we learn / A brave and startling truth…” So begins Maya Angelou’s cosmic clarion call to humanity, one of the most beautiful and poignant poems ever written — a poem that flew to space, a poem that came from space: a poem inspired by Carl Sagan’s Pale Blue Dot — his lyrical meditation on the landmark photograph of Earth, which the Voyager spacecraft took in 1990 as an afterthought upon completing its unprecedented photographic survey of our Solar System, and which Sagan spent years petitioning NASA to permit.

The Voyager, which had sailed into space thirteen years earlier, carried alongside its instruments The Golden Record — a visionary, intensely poetic effort to capture the essence of Earth in sounds and images that would convey to another planetary civilization across spacetime, and, perhaps even more vitally in the middle of the Cold War, mirror back to us who and what we are: a single symphonic species. 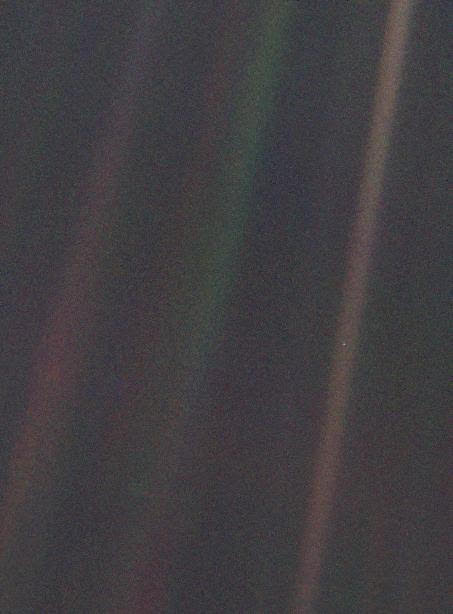 Tasked with the impossible, inspired work of distilling that essence was the project’s creative director, Ann Druyan. In the course of composing the record, Sagan and Druyan, to their own wonder-stricken surprise, found themselves composing a stunning love story with their lives. They spent the remaining two decades of Sagan’s life fathoming and figuring the universe together — writing poetic inquiries into the origin of comets, dreaming up children’s book ideas, collaborating on the iconic 1980 television series turned book Cosmos, which The Library of Congress listed among 88 books to have shaped the country’s conscience, alongside epoch-making triumphs of courage and vision that have changed the course of culture and the understanding of nature — books like Rachel Carson’s Silent Spring and Walt Whitman’s Leaves of Grass.

Two decades after Sagan’s death — decades coruscating with dazzling scientific discoveries that have disquieted us into shedding more myths and beholding more of reality — Druyan picked up the thread of wonder to write and produce a continuation of Cosmos, starring astrophysicist Neil deGrasse Tyson and soaring into these new frontiers of our ever-evolving understanding of space and time. In the companion book, Cosmos: Possible Worlds (public library), she extends an invitation “to feel more intensely the romance of science and the wonder of being alive right now, at these particular coordinates in spacetime, less alone, more at home, here in the cosmos.”

Tracing our cosmic story — from the cyanobacteria through which life first bloomed on our rocky world billions of years ago to our search for life on possible worlds many lightyears away; from the cave walls on which early humans first mapped their spatial coordinates to the Rube Goldberg machine of discoveries that led to the lasers with which these caves are now studied; from the symbiotic evolution of plants and the pollinators that feast on them to the Russian scientists who starved to death in a murderous dictatorship to protect their precious collection of seeds ensuring our planet’s biodiversity far beyond their lifetimes — Druyan takes up the mission not as a scientist herself but as a lifelong student and steward of the scientific mindscape, a self-described “hunter-gatherer of stories”: stories that begin with the human, with individual scientists or teams of scientists, and beget the cosmic, parting the curtain to let in a few more golden rays of reality, chiseling some precious fragment of knowledge from the immense monolith of the unknown.

At the center of her expansive reach into past and future is a lucid, luminous look at the realities and responsibilities the present is calling us to rise to — an inquiry into what it would take for us to transcend our human limitations and foibles so that we may endure as stewards rather than destroyers of this irreplaceable planet. In a testament to the fundamental fact that science is “a truly human endeavor,” Druyan writes:

Science, like love, is a means to that transcendence, to that soaring experience of the oneness of being fully alive. The scientific approach to nature and my understanding of love are the same: Love asks us to get beyond the infantile projections of our personal hopes and fears, to embrace the other’s reality. This kind of unflinching love never stops daring to go deeper, to reach higher.

This is precisely the way that science loves nature. This lack of a final destination, an absolute truth, is what makes science such a worthy methodology for sacred searching. It is a never ending lesson in humility. The vastness of the universe — and love, the thing that makes the vastness bearable — is out of reach to the arrogant. This cosmos only fully admits those who listen carefully for the inner voice reminding us to remember we might be wrong. What’s real must matter more to us than what we wish to believe.

Learning not to confuse the strength of our beliefs for the strength of the evidence is, of course, one of the greatest, most difficult triumphs of our growth — as individuals, as societies, and as a species. In consonance with the tenets of Sagan’s timeless Baloney Detection Kit for critical thinking, Druyan offers her simple, elegant formula for telling the two apart:

Test ideas by experiment and observation. Build on those ideas that pass the test. Reject the ones that fail. Follow the evidence wherever it leads. And question everything, including authority. Do these things and the cosmos is yours.

She opens and closes the book with the words of Albert Einstein, spoken at the 1939 World’s Fair, where he had gone to leave a time-capsule of wisdom for posterity:

If science, like art, is to perform its mission truly and fully, its achievements must enter not only superficially but with their inner meaning into the consciousness of the people.

I am reminded — by Einstein’s words, by Druyan’s endeavor — of John F. Kennedy’s miraculous defense of poetry: “We must never forget that art is not a form of propaganda; it is a form of truth.” The man whose unassailable vision had landed the first human foot on another celestial body understood that in the poetry of reality, every portal of wonder, be it art or science, is a portal to truth. Sometimes — if our passion and persistence are great enough, if chance rolls its impartial dice suitably enough — it is a portal to “a brave and starling truth.”

What emerges from Druyan’s Cosmos: Possible Worlds is a rosary of such shimmering sometimeses. Complement it with poet Marie Howe’s stunning ode to the singularity of our cosmic belonging, then revisit physicist Brian Greene on wresting the poetry of existence from an aloof universe and Carl Sagan on how to live with the unknown.