Defund the Pentagon: The Liberal Case

Cutting the defense budget by a modest 10 percent could provide billions to combat the pandemic, provide health care and take care of neglected communities. 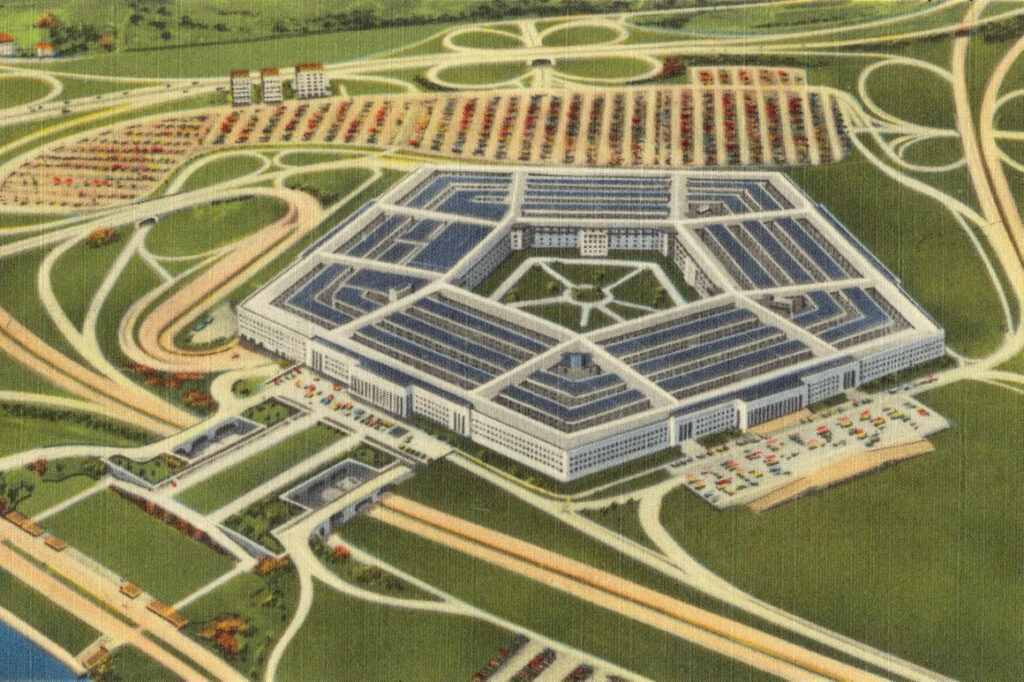 16 Jul 2020 – Fifty-three years ago Dr. Martin Luther King Jr. challenged all of us to fight against three major evils: “the evil of racism, the evil of poverty and the evil of war.” If there was ever a moment in American history when we needed to respond to Dr. King’s clarion call for justice and demand a “radical revolution of values,” now is that time.

Whether it is fighting against systemic racism and police brutality, defeating the deadliest pandemic in more than a hundred years, or putting an end to the worst economic downturn since the Great Depression, now is the time to fundamentally change our national priorities.

Sadly, instead of responding to any of these unprecedented crises, the Republican Senate is on a two-week vacation. When it comes back, its first order of business will be to pass a military spending authorization that would give the bloated Pentagon $740 billion—an increase of more than $100 billion since Donald Trump became president.

Let’s be clear: As coronavirus infections, hospitalizations and deaths are surging to record levels in states across America, and the lifeline of unemployment benefits keeping 30 million people afloat expires at the end of the month, the Republican Senate has decided to provide more funding for the Pentagon than the next 11 nations’ military budgets combined.

Under this legislation, over half of our discretionary budget would go to the Department of Defense at a time when tens of millions of Americans are food insecure and over a half-million Americans are sleeping out on the street. After adjusting for inflation, this bill would spend more money on the Pentagon than we did during the height of the Vietnam War even as up to 22 million Americans are in danger of being evicted from their homes and health workers are still forced to reuse masks, gloves and gowns.

Moreover, this extraordinary level of military spending comes at a time when the Department of Defense is the only agency of our federal government that has not been able to pass an independent audit, when defense contractors are making enormous profits while paying their CEOs outrageous compensation packages, and when the so-called War on Terror will cost some $6 trillion.

Let us never forget what Republican President Dwight D. Eisenhower, a former four-star general, said in 1953: “Every gun that is made, every warship launched, every rocket fired signifies, in the final sense, a theft from those who hunger and are not fed, those who are cold and are not clothed.”

What Eisenhower said was true 67 years ago, and it is true today.

If the horrific pandemic we are now experiencing has taught us anything it is that national security means a lot more than building bombs, missiles, nuclear warheads and other weapons of mass destruction. National security also means doing everything we can to improve the lives of tens of millions of people living in desperation who have been abandoned by our government decade after decade.

That is why I have introduced an amendment to the Defense Authorization Act that the Senate will be voting on during the week of July 20th, and the House will follow suit with a companion effort led by Representatives Mark Pocan (D-Wis.) and Barbara Lee (D-Calif.). Our amendment would reduce the military budget by 10 percent and use that $74 billion in savings to invest in communities that have been ravaged by extreme poverty, mass incarceration, decades of neglect and the Covid-19 pandemic.

Under this amendment, distressed cities and towns in every state in the country would be able to use these funds to create jobs by building affordable housing, schools, childcare facilities, community health centers, public hospitals, libraries and clean drinking water facilities. These communities would also receive federal funding to hire more public school teachers, provide nutritious meals to children and parents and offer free tuition at public colleges, universities or trade schools.

This amendment gives my Senate colleagues a fundamental choice to make. They can vote to spend more money on endless wars in the Middle East while failing to provide economic security to millions of people in the United States. Or they can vote to spend less money on nuclear weapons and cost overruns, and more to rebuild struggling communities in their home states.

In Dr. King’s 1967 speech, he warned that “a nation that continues year after year to spend more money on military defense than on programs of social uplift is approaching spiritual death.”

He was right. At a time when half of our people are struggling paycheck to paycheck, when over 40 million Americans are living in poverty, and when 87 million lack health insurance or are underinsured, we are approaching spiritual death.

At a time when we have the highest rate of childhood poverty of almost any major country on Earth, and when millions of Americans are in danger of going hungry, we are approaching spiritual death.

At a time when we have no national testing program, no adequate production of protective gear and no commitment to a free vaccine, while remaining the only major country where infections spiral out of control, we are approaching spiritual death.

At a time when over 60,000 Americans die each year because they can’t afford to get to a doctor on time, and one out of five Americans can’t afford the prescription drugs their doctors prescribe, we are approaching spiritual death.

Now, at this unprecedented moment in American history, it is time to rethink what we value as a society and to fundamentally transform our national priorities. Cutting the military budget by 10 percent and investing that money in human needs is a modest way to begin that process. Let’s get it done.

Sen. Bernie Sanders is an independent from Vermont.