Trading and underwriting are up at Goldman and Morgan Stanley, while memories of the 2008 financial collapse fade. “This is not a normal recession,” says Jamie Dimon. 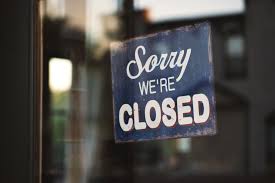 20 Jul 2020 – The investment banks are back, baby! And you can thank for their resurrection the COVID-19 pandemic and the resulting economic instability.

“JP Morgan also looks strong,” says Mike Mayo, the longtime Wall Street research analyst, now at Wells Fargo Securities. “But the pure plays, these are the best-performing banks this year, Morgan Stanley and Goldman Sachs…. They’re just more in the right place at the right time. They don’t have the traditional commercial bank revenues as much as others. So they don’t get hurt as much from credit losses and lower interest rates. It’s a double-barreled shotgun that’s aimed at the bank industry, and that’s credit costs and pressure on margins, and they’re less exposed in those two areas.”

And what’s also clear is that the big universal banks—JPMorgan Chase, Bank of America, and Citigroup—had a tougher quarter than Goldman and Morgan Stanley because of the need to take huge loan-loss reserves to account for potential financial losses from loans and credit card balances that aren’t paid off because of the worsening economy. JPMorgan Chase, for one, has taken loan-loss reserves of nearly $20 billion since the start of 2020. Its provision of $10.5 billion in the second quarter, announced on July 14, cut its profit in half year-over-year. “This is not a normal recession,” the bank’s chief executive Jamie Dimon recently said in explaining the loan-loss provisions. “The recessionary part of this you’re going to see down the road.” Goldman, meanwhile, with a loan portfolio of around $110 billion, added $1.6 billion to its loan-loss reserves in the quarter.

There has been a bit of a holy war on Wall Street since the 2008 bloodbath called into question the way Wall Street goes about its business and what form the survivors should take. Lloyd Blankfein, the CEO of Goldman Sachs from 2006 to 2018, long argued that the regulatory and economic changes plaguing Wall Street after the financial crisis were cyclical, not structural. He argued essentially that once things settled down, Goldman would best be able to compete by focusing on its traditional strengths of providing investment banking services—M&A advice, underwriting, and trading—with a twist of wealth and asset management thrown into the mix. There was no need for Goldman, he argued, to edge out into the world of commercial banking, with federally insured deposits, corporate and personal loans, mortgages, credit cards, cash management, interest-rate sensitivity, and the world of trillion-dollar balance sheets.

Morgan Stanley, on the other hand, under James Gorman, its CEO, was less zealous about the “cyclical” versus “structural” debate. He decided quickly to buy the Smith Barney brokerage business from Citigroup as a way to manage money and generate steadier fee income than the notoriously volatile world of trading, underwriting, and M&A advisory. Gorman made a big bet on wealth management that has paid off. Three years ago, Morgan Stanley’s market capitalization passed Goldman Sachs’s for the first time in about a decade. And that is still the case—Morgan Stanley’s stock is valued at around $82 billion; Goldman’s stock is valued at around $73 billion.

Meanwhile, the big banks saw their market capitalizations soar after the financial crisis. Interest rates were low. Volatility was low. The economy was growing for a decade. JPMorgan Chase’s market capitalization is nearly $300 billion. Bank of America’s is more than $200 billion, and Citgroup’s is more than $100 billion. JPMorgan Chase was minting money; its 2019 earnings were $36.4 billion; meanwhile, in 2019, Goldman earned $8.5 billion. “If the economy continues to move forward, if you’re making 60% of your money lending to consumers, your business is going to look fantastic,” says one longtime Wall Street executive about the big banks. Was Blankfein wrong? Were the post-financial-crisis changes “structural” and not “cyclical,” as he hoped? It sure seemed that way.

When David Solomon took over from Blankfein in October 2018, he made clear that Goldman would soon be making moves more traditionally expected of a commercial bank. He wanted Goldman to make more corporate loans. He wanted to get into the business of cash management. He put a much bigger emphasis on Marcus, Goldman’s online bank, where in order to attract more money, depositors are paid interest rates far above what they would be paid for their deposits at JPMorgan Chase. (Marcus has reached nearly $100 billion of digital deposits since it started in 2016.) Goldman, it seemed, had abandoned Blankfein’s strictures and was heading off into the land of commercial banking, in the hope of looking more like JPMorgan Chase than the old Goldman Sachs. And in hopes of getting some of that JPMorgan Chase valuation.

But the second quarter may have changed the calculus once again. Profits at Goldman exceeded analyst estimates by 66%. Goldman’s annualized return on equity exceeded 16%. Its second-quarter net revenue of $13.3 billion was 41% higher than a year ago. Investment banking revenue was $2.7 billion, up 36% from a year earlier. If COVID-19 and the recession were hurting Goldman Sachs, it certainly was not showing up in the numbers. “It feels like the Goldman Sachs heyday has returned,” the Financial Times proclaimed. It’s certainly the best financial news Solomon has had since he took over from Blankfein. It was Solomon’s best quarter as CEO, says Mayo. “This is the dealmaker’s quarter.”

Solomon was clearly happy, on a call with research analysts, to discuss Goldman’s earnings. In the second quarter, he said, because of “enormous change” and “enormous volatility” in the financial markets, Goldman’s traditional investment banking prowess shone. “We became super busy because our clients are super busy,” he said. Says Mayo, “Goldman Sachs has one of the most enviable client lists in finance.” One area where Goldman has long dominated Wall Street is in advising corporate chieftains on doing deals. In the second quarter, Goldman still dominated the so-called league tables for these prestigious advisory assignments and it is still number one worldwide. But M&A revenue for the second quarter, at $686 million, was down 11% from the year earlier. (JPMorgan Chase’s M&A revenue was up 15% in the quarter from the year before.) Announced M&A transactions were down 75% in the second quarter of 2020, compared to the second quarter of 2019. Solomon said the “dialogue” with CEOs on their strategic moves was picking up, especially in past six weeks. “I want to be clear, it’s not shut down,” he said of M&A activity. “But I think you need a more certain environment with better insight into the health care situation and the economic situation to see that replenishment normalized. My guess is, we’ll get that. But, it’ll take a couple of quarters for sure.”