The US Military Is Using Online Gaming to Recruit Teens

Gamers with the Army, Navy, and Air Force are spending hours on Twitch with children as young as 13. 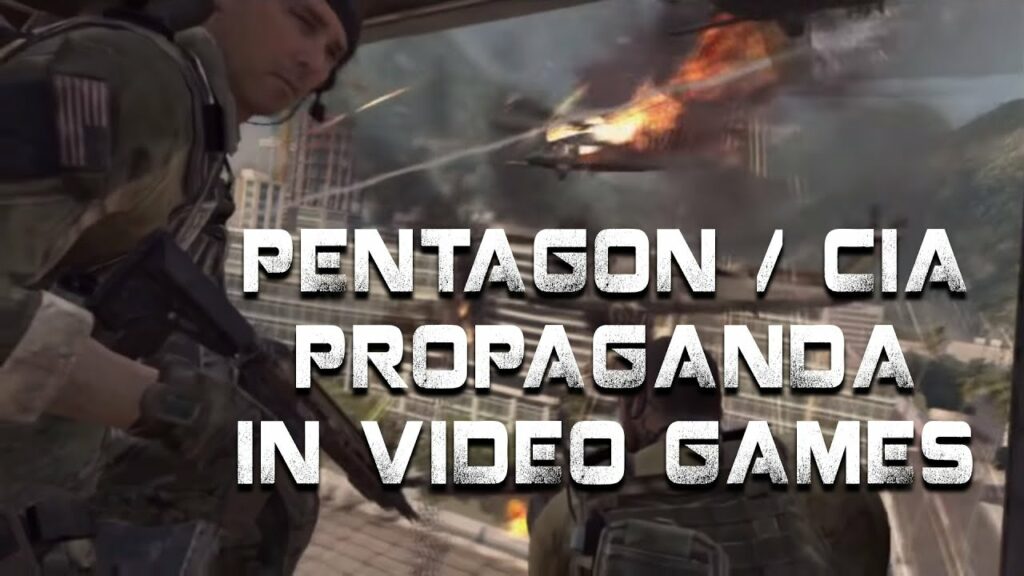 15 Jul 2020 –  “Have a nice time getting banned, my dude,” Army recruiter and gamer Joshua “Strotnium” David told me right before he booted me from the US Army’s Twitch channel. I had just reminded viewers of the United States’ history of atrocities around the globe, and helpfully provided a link to the Wikipedia page for US war crimes.

Was I undiplomatic? Sure. But if the military is going to use one of the world’s most popular platforms to recruit kids, then it shouldn’t be able to do so without some pushback. Right now, with the support of Twitch, gamers with the US military are spending hours with children as young as 13, trying to convince them to enlist.

The Army, Navy, and Air Force all stream on Twitch using dedicated e-sports teams. These teams are comprised of skilled gamers who compete in tournaments for cash prizes. While members of military e-sports teams offer the regular gaming skill set, they’re also on-screen talent and recruiters. Instead of approaching a recruiter behind a table in a school cafeteria, kids can hang out with one who is playing their favorite video games and replying to their chat messages for hours on end.

Twitch, a livestreaming platform owned by Amazon, boasted more than 5 billion hours watched from April through June. (For comparison, Netflix claims that during quarantine people have been viewing around 6 billion hours of its shows and movies a month.) A typical military stream looks something like this: A recruiter, usually a man in his 30s, sits comfortably in his gamer chair inside a dimly lit room illuminated by a monitor and the colorful LED lights of his computer tower. An American flag hangs on the wall behind his right shoulder, an oversized stuffed animal sits to his left. He’s playing Call of Duty or Valorant. He’s friendly, and talks about how much he loves being in the Army. Despite being older than most of his young viewers, he speaks like them. “It do be like that sometimes. We do have some great comms,” said a recruiter in one recent session.

The practices employed on Twitch by military e-sports teams are part of a system by which recruiters target children in unstable and/or disadvantaged situations. Recruiters take advantage of the poor seeking steady income, the vulnerable longing for stability, and the undocumented living in fear because of their citizenship status. Now, at a time when all those factors are magnified by a pandemic that has left half the country out of work and over 30 percent unable to afford their housing payments, conditions are ripe for recruiters to prey on anxious youth.

“I see you guys are upgrading from recruiting out of low-income schools, nice,” Twitch user xCanyon916 said in a Navy stream on Tuesday while the recruiter was fielding questions about life in the military from chatters expressing desire to join the Navy e-sports team. The recruiter warned xCanyon916 that if they said something again about the Navy’s recruiting practices, they’d be banned.

Hasan Piker, a popular Twitch streamer with a dedicated following of over 430,000 users, recoiled at the thought of recruiters’ building relationships with young, impressionable viewers.

“Twitch is unlike anything I’ve ever experienced in my career, and it’s because you’re live for hours on end, talking to these people in the chat. You develop a community and know your individual chatters. There is an ecosystem in every Twitch channel,” Piker said. “Recruiting in this predatory way is a violation of [the users’] safety.”

While an 18-year-old might watch a piece of propaganda like American Sniper once in movie theaters and go on with their lives, here military members themselves are streaming hawkish agitprop day after day. In some cases, such as Call of Duty, these are games that the military or ex-military figures have consulted on and helped shape. In these Twitch channels, recruiters are using these games to solicit young viewers to share personal information. Branches that use e-sports and Twitch streams to reach and recruit younger viewers rely on sleight-of-hand tactics, false promises, and deceptive messaging to trick them into filling out recruiting forms.

The Twitter account for the US Army e-sports team links to a sparsely populated page with register to win! at the top, no details on what one could even win, and a sign-up form that, according to a tiny disclosure at the bottom of the page, welcomes an eventual harangue by an Army recruiter. It allows people as young as 12 to submit the form, but adds a notice on the post-submission page that recruiters are not permitted to contact a child under the age of 16.

Twitch’s advertising pitch boasts that it can reach 80 percent of teen males in the United States. The minimum age requirement for Twitch is 13.

“All parents are concerned about screen time and what it’s doing to their children,” Justin Hendrix, the executive director of the NYC Media Lab, told me. “As a parent, I reckon a lot of us are unaware that our children are encountering marketing messages, influencers, and sales people in a variety of contexts online when we think they’re just playing games.”

Twitch viewers in the Army’s channel are repeatedly presented with an automated chat prompt that says they could win a Xbox Elite Series 2 controller—an enhanced controller with customizable options and extra paddles for advanced play that costs upward of $200—and a link where they can enter the “giveaway.” It, too, directs them to a recruiting form with no additional mention of a contest, odds, total number of winners, or when a drawing will occur.

There are over 325,000 current active-duty Navy servicemen and women. The inaugural Navy e-sports team commissioned earlier this year consists of 10 people. To qualify for the e-sports team, you must be at least an E-4, petty officer third class, a rank that takes on average two to three years to reach. One cannot join the Navy and immediately be on the e-sports team, but the Navy’s Twitch channel features a bio that reads, “Other people will tell you not to stay up all night staring at a screen. We’ll pay you to do it. Get a look at what life is like inside the uniform on the America’s [sic] Navy.”

Lara Bollinger, a public affairs officer with the Navy Recruiting Command, said in an e-mail that the bio is “a nod to the fact that when standing watch in various capacities on a ship (on the bridge, in the combat information center, etc.) a Sailor will be looking at various screens, (radar, sonar, navigation, etc…).”

Twitch does not consider military e-sports streams mature programming, so it does not require people to enter their age before viewing. One need only click a button acknowledging that the stream is intended for older viewers. With screen time spiking because of the pandemic, this presents a troubling dynamic.

“You can say what you want about people who serve in the military and what that says about them. I’m not saying they shouldn’t be able to play video games or e-sports, but I do think it’s more insidious to have the military using it as a recruiting tool for young, impressionable people,” Rod Breslau, an e-sports industry consultant and insider, said.

Hart Viges, a veteran, peace activist, and counter-recruiter in Austin, sets up information tables in schools and throughout his community to help kids understand that joining the military is not the only way to attain a more stable living situation or money for college. Recruitment rhetoric also ignores many of the risks of military life, especially the psychological complications of returning to the civilian world.

The use of gamified war propaganda to play into that myth isn’t new for the US military. The Army developed its own game franchise, America’s Army, which it launched in 2002 at the height of the War on Terror and includes story lines and missions based on real-life skirmishes. Games like Call of Duty whitewash the horrors of war, sterilize the violence, and mask the trauma inflicted on everyone involved.

The e-sports industry has become overrun with military sponsorships and partnerships with different games, e-sports organizations, teams, and even some individual players. The Call of Duty League is sponsored by both the Army and the Air Force. The National Guard recently partnered with e-sports organization NRG.

Instead of running a Super Bowl ad, the Navy opted to redirect those funds toward boosting its e-sports presence. The Navy sponsors ESLGaming and Fandom, two of the largest e-sports organizations in the world, as well as the e-sports team Evil Geniuses, which on Monday announced a larger collaborative effort with its military funder.

The Air Force, NRG, and Evil Geniuses declined to comment.

The Navy also has a partnership with Twitch that grants it prominent placement in the homepage carousel.

“Through our partnership with Twitch, the most popular e-sports streaming site, the Navy has immediate access to millions of 17-to-24-year-old e-sports enthusiasts on the platform to showcase a side of Navy life that viewers may not expect,” Bollinger said. “Viewers are asking our gamers insightful questions, and our gamers are effectively communicating that there is a place for everyone in the Navy.”

None of the military branches or Twitch would comment on paid promotion or how branches might qualify for prominent placement on Twitch’s homepage, an incredibly valuable position thanks to Twitch’s 15 million daily active users. Users recently expressed dismay last month when the Army’s channel was featured in the “Stream With Pride” category despite the military’s history of discriminating against the LGBT community.

But beyond the recruiting mechanism, these nationalistic e-sports efforts disregard the violence that the US military inflicts around the world.

“When tech and gaming platforms think of safety, they likely aren’t thinking about the very real violence predominately Muslim communities will face around the world as their platforms aid in military recruitment,” said Iram Ali, the interim director of campaigns at Kairos, a fellowship program that supports more diverse and equitable leadership in tech. “It was interesting to see Call of Duty want to express support for Black Lives Matter. But what active steps will the creators take to make sure the way the military preys on poor Black and brown kids in recruitment isn’t also happening with the help of their video game?”

This sentiment is complicated by the evolving nature of war, which makes gamers especially valuable. The military has long employed video-game-based training and was expanding its use even before the pandemic. Military personnel operate unmanned drones thousands of miles away using controllers that would be familiar to a serious gamer. A recent study showed that gamers may make better drone operators than even experienced pilots. With the military’s Twitch recruitment strategies, it’s easy to see the beginnings of an e-sports to drone operator pipeline.

“As we think about how automation and media are changing the way we fight wars, it’s concerning to think that children are being given the impression that the military is like a video game,” Hendrix said. “Whether it’s drones or killer robots, the last thing we need is less humanity in war.”