While EU Leaders Squabble, the Elephant in the Room Remains Unnoticed

18 Jul 2020 –While the media are reporting the news of the deadlocked EU Summit negotiations over the so-called ‘Recovery Fund’, an eerie silence prevails regarding the Elephant in the Room: The huge wave of austerity the Eurozone is sleepwalking towards. Let’s look at the facts. 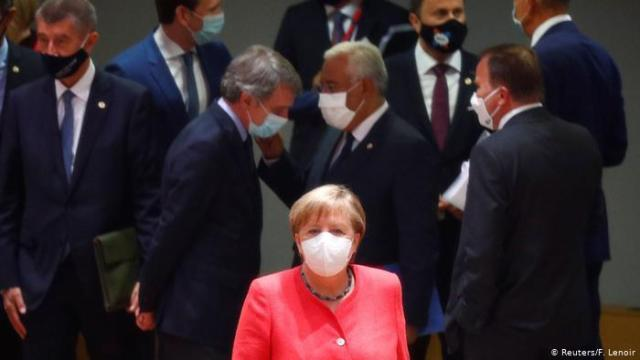 Even if the Dutch Prime Minister, Mr Rutte, and the rest of the ‘frugal four’, were to remove their objections to the Recovery Fund’s terms and conditions, the net fiscal effect across the Eurozone will be no more than 1% annually for three years. Now, let us turn to the Elephant in the Room: the dreaded return of the obligation to balance government budgets, the infamous Fiscal Compact.

According to the optimistic scenario of the European Commission, the Eurozone’s mean government budget in 2020 will be -8% of total Eurozone GDP . Of this, next year, the nascent steady-state recovery will remove, at best 4%, leaving the Eurozone, on average, with a -4% 2021 budget deficit. Moreover, as this is a mean, some countries (e.g. Italy and Greece) are facing, in 2021, a steady state budget deficit in excess of -8% (down from -15% in 2020). Which means that, to get back to balanced budgets, on average, the Eurozone will impose upon itself fiscal austerity of approximately 4% of its aggregate GDP, with countries like Italy and Greece facing an austerity nightmare in excess of 8% of their crushed GDP.

If this were to be allowed to happen, the Recover Fund’s 1% annual fiscal boost will be countered by a 4% fiscal austerity wave. As Europe begins to recover from the pandemic’s disastrous effects, Brussels will be hitting our economies  over the head with a sledgehammer. And yet, ultimate proof that the EU’s establishment resembles the Bourbons (in that they forget nothing and learn nothing!), our great and good leaders refuse to discuss this ominous Elephant in the Room, choosing instead to invest hours in endless negotiations over the 1% fiscal boost and whether it should be reduced or how it will be managed.

Regarding that, relatively insignificant (in macroeconomic terms), so-called ‘Recovery Fund’, let’s take a quick look at what our leaders are fretting about. Five are the issues at stake. The first three sound important but it is only the last two that constitute truly burning issues.

The three lesser issues are:

And now to the two, truly, burning issues:

So, that’s the state of play. Once more, all night negotiations in Brussels, in the midst of a crippling crisis, are focusing on the lesser issues and studiously avoid talking about the Elephant in the Room, that is Europe’s ‘natural’, and self-defeating, proclivity toward austerity for everyone, except for the financiers and the captains of corporations who are treated to the most extravagant of socialisms. 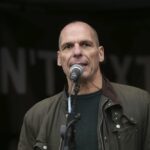