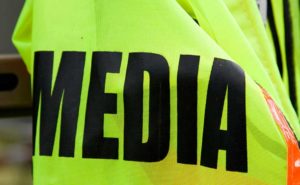 Mark Twain famously said that “it is by the goodness of God that in our country we have those three unspeakably precious things: freedom of speech, freedom of conscience, and the prudence never to practice either of them.”

In his unpublished introduction to Animal Farm, devoted to “literary censorship” in free England, George Orwell added a reason for this prudence: there is, he wrote, a “general tacit agreement that ‘it wouldn’t do’ to mention that particular fact.” The tacit agreement imposes a “veiled censorship” based on “an orthodoxy, a body of ideas which it is assumed that all right-thinking people will accept without question,” and “anyone who challenges the prevailing orthodoxy finds himself silenced with surprising effectiveness” even without “any official ban.”

We witness the exercise of this prudence constantly in free societies. Take the US-UK invasion of Iraq, a textbook case of aggression without credible pretext, the “supreme international crime” defined in the Nuremberg judgment. It is legitimate to say that it was a “dumb war,” a “strategic blunder,” even “the greatest strategic blunder in the recent history of American foreign policy” in President Obama’s words, highly praised by liberal opinion. But “it wouldn’t do” to say what it was, the crime of the century, though there would be no such hesitancy if some official enemy had carried out even a much lesser crime.

The prevailing orthodoxy does not easily accommodate such a figure as General/President Ulysses S. Grant, who thought there never was “a more wicked war than that waged by the United States on Mexico,” taking over what is now the US Southwest and California, and who expressed his shame for lacking “the moral courage to resign” instead of taking part in the crime.

Subordination to the prevailing orthodoxy has consequences. The not-so-tacit message is that we should only fight smart wars that are not blunders, wars that succeed in their objectives – by definition just and right according to prevailing orthodoxy even if they are in reality “wicked wars,” major crimes. Illustrations are too numerous to mention. In some cases, like the crime of the century, the practice is virtually without exception in respectable circles.

Another familiar aspect of subordination to prevailing orthodoxy is the casual appropriation of orthodox demonization of official enemies. To take an almost random example, from the issue of the New York Times that happens to be in front of me right now, a highly competent economic journalist warns of the populism of the official demon Hugo Chavez, who, once elected in the late ‘90s, “proceeded to battle any democratic institution that stood in his way.”

Turning to the real world, it was the US government, with the enthusiastic support of the New York Times, that (at the very least) fully supported the military coup that overthrew the Chavez government – briefly, before it was reversed by a popular uprising. As for Chavez, whatever one thinks of him, he won repeated elections certified as free and fair by international observers, including the Carter Foundation, whose founder, ex-President Jimmy Carter, said that “of the 92 elections that we’ve monitored, I would say the election process in Venezuela is the best in the world.” And Venezuela under Chavez regularly ranked very high in international polls on public support for the government, and for democracy (Chile-based Latinobarómetro).

There were doubtless democratic deficits during the Chavez years, such as the repression of the RCTV channel, which elicited enormous condemnation. I joined, also agreeing that it couldn’t happen in our free society. If a prominent TV channel in the US had supported a military coup as RCTV did, then it wouldn’t be repressed a few years later, because it would not exist: the executives would be in jail, if they were still alive.

Failure to provide pertinent information also has consequences. Perhaps Americans should know that polls run by the leading US polling agency found that a decade after the crime of the century, world opinion regarded the United States as the greatest threat to world peace, no competitor even close; surely not Iran, which wins that prize in US commentary. Perhaps instead of concealing the fact, the press might have performed its duty of bringing it to public attention, along with some consideration of what it means, what lessons it yields for policy. Again, dereliction of duty has consequences.

Examples such as these, which abound, are serious enough, but there are others that are far more momentous. Take the electoral campaign of 2016 in the most powerful country in world history. Coverage was massive, and instructive. Issues were almost entirely avoided by the candidates, and virtually ignored in commentary, in accord with the journalistic principle that “objectivity” means reporting accurately what the powerful do and say, not what they ignore. The principle holds even if the fate of the species is at stake – as it is: both the rising danger of nuclear war and the dire threat of environmental catastrophe.

The neglect reached a dramatic peak on November 8, a truly historic day. On that day Donald Trump won two victories. The less important one received extraordinary media coverage: his electoral victory, with almost 3 million fewer votes than his opponent, thanks to regressive features of the US electoral system. The far important victory passed in virtual silence: Trump’s victory in Marrakech, Morocco, where some 200 nations were meeting to put some serious content into the Paris agreement on climate change a year earlier. On November 8, the proceedings halted. The remainder of the conference was largely devoted to trying to salvage some hope with the US not only withdrawing from the enterprise but dedicated to sabotaging it by sharply increasing the use of fossil fuels, dismantling regulations, and rejecting the pledge to assist developing countries shift to renewables.

All that was at stake in Trump’s most important victory was the prospects for organized human life in any form that we know. Accordingly, coverage was virtually zero, keeping to the same concept of “objectivity” as determined by the practices and doctrines of power.

A truly independent press rejects the role of subordination to power and authority. It casts the orthodoxy to the winds, questions what “right-thinking people will accept without question,” tears aside the veil of tacit censorship, makes available to the general public the information and range of opinions and ideas that are a prerequisite for meaningful participation in social and political life, and beyond that, offers a platform for people to enter into debate and discussion about the issues that concern them. By doing so it serves its function as a foundation for a truly free and democratic society.

Avram Noam Chomsky is an American linguist, philosopher, cognitive scientist, historian, logician, social critic, and political activist. Sometimes described as “the father of modern linguistics,” Chomsky is also a major figure in analytic philosophy, and one of the founders of the field of cognitive science. He has spent more than half a century at the Massachusetts Institute of Technology (MIT), where he is Institute Professor Emeritus, and is the author of over 100 books on topics such as linguistics, war, politics, mass media, US foreign policy, social issues, Latin American and European history, and more. noamchomsky@​email.arizona.edu