India: What Lies Ahead?

The following is taken from the introduction to Arundhati Roy’s Azadi: Freedom. Fascism. Fiction., which was published earlier this month by Haymarket Books. 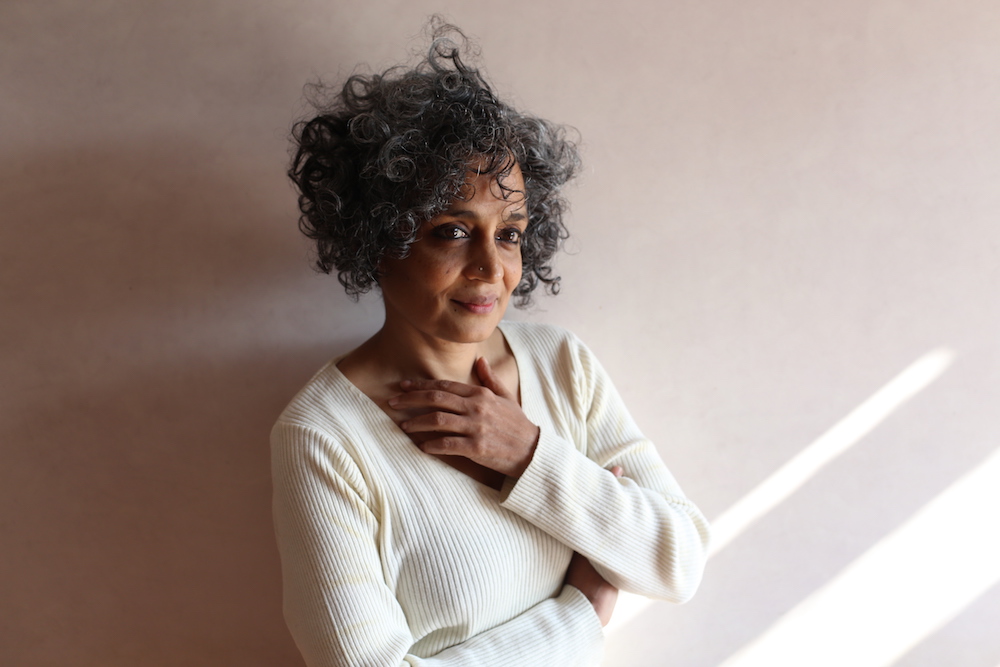 15 Sep 2020 – While we were discussing the title of my latest book, my publisher in the United Kingdom, Simon Prosser, asked me what I thought of when I thought of Azadi. I surprised myself by answering, without a moment’s hesitation, “A novel.” Because a novel gives a writer the freedom to be as complicated as she wants—to move through worlds, languages, and time, through societies, communities, and politics. A novel can be endlessly complicated, layered, but that is not the same as being loose, baggy, or random. A novel, to me, is freedom with responsibility. Real, unfettered azadi—freedom. Some of the essays in Azadi: Freedom. Fascism. Fiction. were written through the eyes of a novelist and the universe of her novels. Some of them are about how fiction joins the world and becomes the world. All were written between 2018 and 2020, two years that in India have felt like two hundred. In this time, as the coronavirus pandemic burns through us, our world is passing through a portal. We have journeyed to a place from which it looks unlikely that we can return, at least not without some kind of serious rupture with the past—social, political, economic, and ideological.

Coronavirus has brought with it another, more terrible understanding of azadi. The Free Virus that has made nonsense of international borders, incarcerated whole populations, and brought the modern world to a halt like nothing else ever could. It casts a different light on the lives we have lived so far. It forces us to question the values we have built modern societies on—what we have chosen to worship and what to cast aside. As we pass through this portal into another kind of world, we will have to ask ourselves what we want to take with us and what we will leave behind. We may not always have a choice—but not thinking about it will not be an option. And in order to think about it, we need an even deeper understanding of the world gone by, of the devastation we have caused to our planet and the deep injustice between fellow human beings that we have come to accept. Hopefully, some of these essays, written before the pandemic came upon us, will go some small way toward helping us negotiate the rupture. Or, if nothing else, a moment in history that was recorded by a writer, like a metaphorical runway before the aircraft we’re all in took off for an unknown destination. A matter of academic interest for future historians.

The first essay in Azadi is the W. G. Sebald Lecture on Literary Translation, which I delivered in the British Library in London in June 2018. Much of it is about how the messy partitioning of the language we knew as Hindustani into two separate languages with two separate scripts—now sadly and somewhat arbitrarily called Hindi and Urdu (in which erroneously Hindi is associated with Hindus and Urdu with Muslims)—presaged the current project of Hindu nationalism by more than a century.

Many of us hoped that 2018 would be the last year of the reign of Narendra Modi and his Hindu nationalist party. As the 2019 general election approached, polls showed Modi and his party’s popularity dropping dramatically. We knew this was a dangerous moment. Many of us anticipated a false-flag attack or even a war that would be sure to change the mood of the country. One of the essays—“Election Season in a Dangerous Democracy”—is, among other things, about this fear. We held our collective breath. In February 2019, weeks before the general election, the attack came. A suicide bomber blew himself up in Kashmir, killing forty security personnel. False flag or not, the timing was perfect. Modi and the Bharatiya Janata Party swept back to power.

And now, only a year into his second term, through a series of horrifying moves, Modi has changed India beyond recognition. The infrastructure of fascism is staring us in the face, the pandemic is speeding up that process in unimaginable ways, and yet we hesitate to call it by its name.

I started to write this while U.S. president Donald Trump and his family were on an official visit to India in the last week of February 2020. So it, too, has had to pass through the rupture, the pandemic portal. The first case of coronavirus in India had been reported on January 30. Nobody, least of all the government, paid any attention. It had been more than two hundred days since the state of Jammu and Kashmir had been stripped of its special status and placed under an information siege, and more than two months since a new anti-Muslim, unconstitutional citizenship law had brought millions of protesters onto the streets of India. In a public speech to a crowd wearing Modi and Trump masks, Donald Trump informed Indians that they play cricket, celebrate Diwali, and make Bollywood films. We were grateful to learn that about ourselves. Between the lines he sold us MH-60 helicopters worth three billion dollars. Rarely has India publicly humiliated herself thus.

Not far from the Grand Presidential Suite of the Delhi hotel where Trump spent the night, and Hyderabad House, where he held trade talks with Modi, Delhi was burning. Armed Hindu vigilante mobs in northeast Delhi, backed by the police, attacked Muslims in working-class neighborhoods. Violence had been in the air for a while, with politicians belonging to the ruling party delivering open threats to Muslim women conducting peaceful sit-in protests against the new citizenship law. When the attack began, police were seen either standing aside or backing up the mob. Muslims fought back. Houses, shops, vehicles were burned. Many, including a policeman, were killed. Many more were hospitalized with gunshot wounds. Horrifying videos flew around the internet. In one of them, grievously wounded young Muslim men, laid out on the street, some piled against each other by uniformed policemen, are being forced to sing the National Anthem. (Subsequently one of them, Faizan, died from having a policeman’s baton pushed down his throat.)

Trump made no comment on the horror swirling around him. Instead he conferred on Narendra Modi, the most divisive, hateful political figure in modern India, the title “Father of the Nation.” Until recently, this was Gandhi’s title. I am no fan of Gandhi, but surely, even he did not deserve this.

After Trump left, the violence went on for days. More than fifty people lost their lives. About three hundred were admitted into hospital with grievous wounds. Thousands of people moved into refugee camps. In Parliament, the home minister praised himself and the police. Members of the ruling party gave speeches to their smirking supporters in which they more or less blamed Muslims for provoking the violence, for attacking themselves, burning their own shops and homes, and throwing their own bodies into the open sewage canals that crisscross their neighborhood. Every effort was made by the ruling party, its social media trolls, and the electronic media it controls to portray the violence as a Hindu–Muslim “riot.” It was not a riot. It was an attempted pogrom against Muslims, led by an armed, fascist mob.

And while the dead bodies were still surfacing in the filth, Indian government officials held their first meeting about the virus. When Modi announced the nationwide lockdown on March 24, India spilled out her terrible secrets for all the world to see.

Reimagining the world. Only that.