23 Oct 2020 – Goldman Sachs has been fined $2.9 billion by the US Department of Justice (DoJ) in a deal announced yesterday that closes one of the biggest corruption cases in the history of Wall Street.

Together with a settlement reached with Malaysian authorities in July, Goldman Sachs will pay more than $5 billion for its involvement in the 1MDB scandal but it can afford it easily: 2019 revenue: US$ 36.55 billion – Net worth: US$ 64 billion

While the amounts are large, the settlement follows the pattern of earlier deals on corruption. In return for an agreement to pay fines out of corporate revenue, the company and its executives escape prosecution for criminal activity. The financial penalties are simply written off as a cost of making profit. 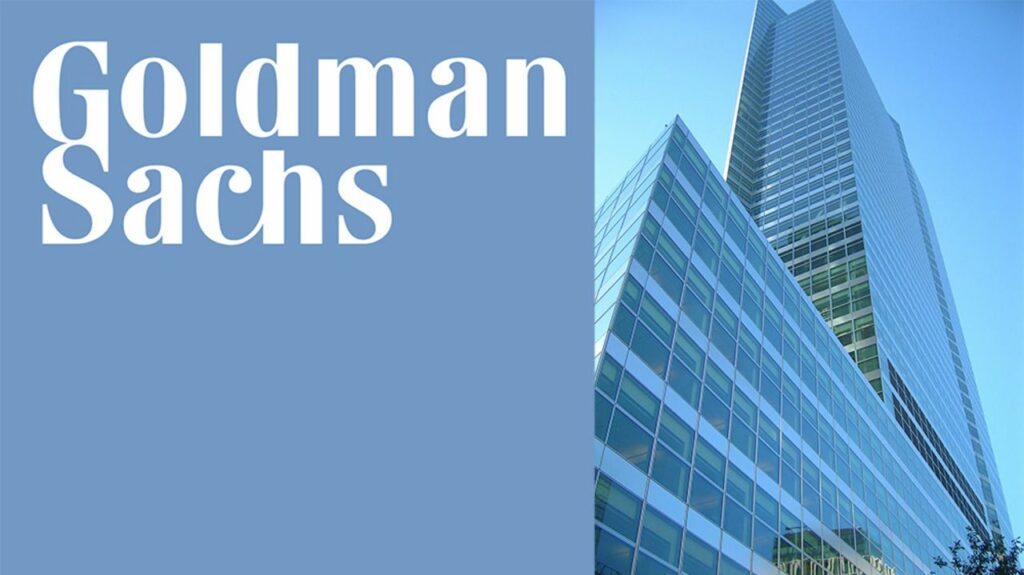 Besides avoiding prosecution, Goldman will also escape the appointment of a government monitor to oversee its compliance department which had earlier been put forward by officials involved in pursuing the case.

While the financial penalties amount to around two-thirds of its annual profits, Goldman had already taken them into account, as they had been mooted for some time. Company shares actually rose by more than 1 percent after a report earlier this week by Wall Street Journal about the expected action by the DoJ.

Goldman’s involvement with 1MDB was in response to the situation it confronted in the wake of the financial crisis in 2008, as its earnings prospects in the US declined and it went in search of profitable opportunities. The Malaysian government had launched the 1MDB fund, supposedly to finance infrastructure development. Goldman stepped forward to organise the sale of $6.5 billion in bonds, with the aim of collecting large fees, in 2012 and 2013.

The whole operation saw the development of a vast corruption ring. According to the prosecution, around $2.7 billion was stolen from 1MDB and more than $1.6 billion was paid out in bribes.

Much of the money was stolen by an adviser to the fund, businessman Jho Low, who was aided by two Goldman bankers working for its Malaysian subsidiary as well as associates in the Malaysian government. It is claimed that the former Malaysian Prime Minister Najib Razak, now serving a 12-year jail term, received $700 million.

The DoJ said Goldman had played a “central role” in the looting of 1MDB and should have detected warning signs. The acting head of the DoJ’s criminal division, Brian Rabbitt, said: “Personnel at the bank allowed this scheme to proceed by overlooking or ignoring a number of clear red flags.”

The attempts to claim that one of the largest corruption operations in history was a matter of oversight simply does not pass muster. In court yesterday, Karen Seymour, Goldman’s senior counsel, admitted its Malaysian subsidiary had paid bribes “in order to obtain and retain business for Goldman Sachs.”

According to court papers, when an employee told an unnamed senior executive he was concerned that a 1MDB deal was being delayed because one of the participants was seeking a bribe, he was told: “What’s disturbing about that? It’s nothing new, is it?”

The deals were organised by two Goldman bankers, Timothy Leissner and Roger Ng. Leissner, the former head of Goldman’s Southeast Asian business, pleaded guilty to his role in the 1MDB case in 2018. He received more than $200 million from 1MDB and paid bribes to government officials.

Goldman chief executive David Solomon, who took over from Lloyd Blankfein—author of the infamous comment in 2009 that big profits for banks meant they were doing “God’s work”—said: “We recognise that we did not adequately address red flags and scrutinise the representations of certain members of the deal team.”

As details of the corruption began to emerge, Goldman sought to blame its involvement on “rogue operators.” In fact, their activities were encouraged. According to the Wall Street Journal, one of the 1MDB bond deals organised in 2012, “won one of Goldman’s most prestigious internal awards, praised for its ‘spirit of creativity and entrepreneurial thinking’.”

In an effort to clean up its image, Goldman announced that four senior executives, including CEO Solomon, would forfeit $31 million in pay this year, and that it would attempt to claw back bonuses paid to Blankfein in the past. But the penalty imposed on current executives amounts only to about one-third of what they were paid in 2019.

The notion that Goldman was somehow the victim of “rogue” activity and that its involvement in massive corruption is simply the result of oversight is belied by its history, in particular, the role it played in the lead-up to the financial crisis of 2008.

The Senate investigation into the crisis, which found that the financial system was a “snake pit rife with greed, conflicts of interest, and wrongdoing,” singled out Goldman for special mention.

In 2006, Goldman determined that subprime mortgage assets it was selling to clients were destined to flounder. Goldman went short in the market in the expectation that it would crash and it would make a profit on the other side of the very trades it had been promoting. The sums were not small. At one point the firm held short positions amounting to $13 billion.

In an email, referring to an unsuspecting investor, a Goldman executive wrote: “I think I found a white elephant, flying pig and unicorn all at once.”

But the exposure of criminal activity did not bring any prosecutions, let alone jail terms, merely fines, which Goldman and others simply wrote off. In 2013, President Obama’s attorney-general, Eric Holder, clearly recognising the extent of the malfeasance, said that prosecutions would impact on the stability of the US and global banking system.

Since 2008, notwithstanding claims by authorities that there would be a clamp down, the corrupt practices have extended, of which Goldman’s involvement in 1MDB is only one expression.

Last month, documents published by BuzzFeed News from the US Treasury’s Financial Crimes Enforcement Network, known as FinCEN, showed that between 1999 and 2017, major banks has been involved in financial transactions of $2 trillion flagged as potentially involving money laundering. The banks involved were some of the biggest in the world including JP Morgan, HSBC and Standard Charter Bank.

Earlier this month, JPMorgan Chase was fined $920 million over “spoofing” activity involving the quick placing and withdrawal of buy and sell orders to create the impression there was a surge of activity around a particular financial asset in order to create a profitable opportunity.

According to one of the lead investigators in the case, “a significant number of JP Morgan traders and sales personnel openly disregarded US laws that serve to prevent illegal activity in the marketplace.”

But despite the fact that the practice was not only well known but was actively promoted, no one in the upper echelons was prosecuted, and the fine has been written off as an operating expense.

The issue which clearly arises is: what is the underlying cause of this system of corruption and illegality?

Commenting on the latest Goldman case, Seth DuCharme, the acting US attorney in Brooklyn, might have gone further than he intended when he remarked: “This case is … about the way our American financial institutions conduct business.”

It certainly is. However, it would be wrong to simply ascribe it to the greed of the financial executives and others, and thereby able to be countered through tighter regulations.

Of course the greed of executives and others exists in abundance. But their activities are, in the final analysis, the expression of processes rooted at the very heart of the profit system—they are the personification of objective tendencies.

While the aim and driving force of the capitalist system is the accumulation of profit the mode of accumulation has undergone profound changes, above all in the US. No longer is the chief source of profit investment and production in the real economy.

It occurs through operations in the financial system based on speculation, clever trades, the securing of fees for the passage of money (without questioning its source) and where the “value” of assets is determined by arcane algorithms and other forms of “financial engineering.”

Consequently, in conditions where profits are increasingly divorced from the underlying real economy, lies, deception, misinformation, corruption and criminality come to dominate the entire financial system.