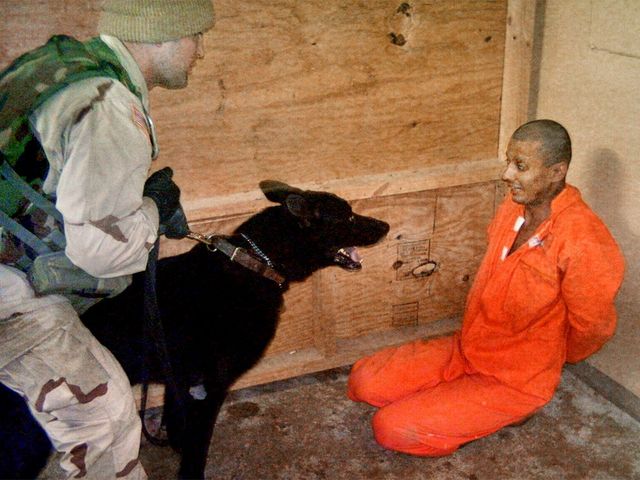 23 Oct 2020 – Today marks a decade since WikiLeaks published the Iraq War Logs, the most comprehensive exposure of imperialist criminality and neo-colonial banditry since the Pentagon Papers of the 1970s revealed the scale of American military activities in Vietnam, and perhaps of all time.

In minute detail, the logs exposed all of the lies used to justify the occupation of Iraq, revealing it to be a brutal operation involving the daily murder of civilians, torture, innumerable acts of imperialist thuggery targeting an oppressed population, and cover-ups extending to the top of the US and allied military commands.

The material was painstakingly reviewed, contextualised, and its political implications explained, above all by Julian Assange and his small team of journalistic colleagues at WikiLeaks.

The logs were one of the most powerful applications of the WikiLeaks model that Assange had developed when he founded the organisation in 2006. The publication of leaked documents, kept hidden by the powers-that-be, would expose to the population the real military, economic and political relations, and the daily intrigues of governments that shaped world politics and so much of their lives. Only by knowing what was really occurring, could ordinary people take informed political action, including in the fight to end war.

Assange and WikiLeaks have never been forgiven by the US ruling elite, or its allies in Britain, Australia and internationally, for taking these Enlightenment ideals seriously and acting on them. Behind all of the lies and slanders used to undermine support for Assange, the real watchword of the campaign against the WikiLeaks founder is: “He exposed our crimes, so we will destroy him.”

Ten years after he revealed war crimes, of a scale and intensity not seen since the horrors of the Nazi regime, Assange is alone in a cell at London’s maximum-security Belmarsh Prison, a facility designed to detain terrorists and murderers. He faces extradition to the US, prosecution under the Espionage Act for publishing the truth, including the Iraq War Logs, and 175 years in a supermax prison.

Chelsea Manning, the courageous whistleblower who released the material, has been subjected to a decade-long nightmare involving imprisonment, what the United Nations deemed to be state torture and attempts to coerce her into giving false testimony against Assange, which she has heroically resisted.

But the gangsters who orchestrated the rape of Iraq remain free. George W. Bush has been politically rehabilitated, above all by the US Democrats and the corrupt liberal press, former British Prime Minister Tony Blair is still up to his neck in imperialist intrigues in the Middle East and his Australian counterpart John Howard is enjoying a quiet retirement.

This operation has above all relied upon the same pliant, corporate media that promoted the illegal invasion of Iraq, based on lies about “weapons of mass destruction,” and then “embedded” itself in the occupation forces that pillaged the country and looted its oil. Their complicity today is summed up by the fact that not a single major publication in the US, Britain or Australia has even taken note of the ten-year anniversary of the Iraq War Logs.

The significance of the logs, and the explosive impact they had on popular consciousness, however, must be recalled.

At least 66,081 were described by the US army as civilians. This included some 15,000 fatalities that had been completely covered up by the US and its allies, who prior to the publication, claimed that they did not have a record of civilian deaths. Without WikiLeaks and Assange, the murders of these workers, students, young people and senior citizens, equivalent to the population of a small town, would never have been known.

The logs showed that the US military routinely described those it killed as “insurgents,” when they were known to be civilians. Such was the case in the infamous 2007 Apache helicopter attack in Baghdad, documented in WikiLeaks’ “Collateral Murder” video, which involved the slaughter of up to 19 civilians, including two Reuters journalists. A US army press release at the time had described a fictitious “firefight with insurgents.”

The war logs revealed that some 700 civilians had been gunned-down by US and allied troops for “coming too close” to a military checkpoint. They included children and the mentally-ill. On at least six occasions, the victims were rushing their pregnant wives to hospital to give birth.

The carnage was also perpetrated by the private contractors who operated as shock troops of the US occupation. One report described Blackwater employees firing indiscriminately into a crowd after an IED explosion. Another said US soldiers “observed a Blackwater PSD shoot up a civ vehicle” in Baghdad. The May, 2005 attack killed an innocent man and maimed his wife and daughter.

The logs showed that the US routinely handed over detainees to their puppet Iraqi security forces for torture. One report noted the presence of a “hand cranked generator with wire clamps” in a Baghdad police station, used to electrocute prisoners. The official policy of the Coalition troops, as revealed in the logs, was not to investigate such incidents.

Taken together, the revelations painted an undeniable picture of systemic criminality, involving the most powerful governments in the world, their militaries and proxies.

Testifying at British show-trial hearings for Assange’s extradition last month, Professor John Sloboda, co-founder of Iraq Body Count, stated that the logs had brought the killings of Iraqi civilians to “the largest global audience of any single release… All of [the recorded civilian deaths] which were unique to the Logs in 2010 are still unique… the Iraq War Logs remain the only source of those incidents.”

Their significance is even starker when placed in a broader political context. In 2003, millions of people joined demonstrations against the invasion of Iraq, in the largest anti-war movement in human history.

The pseudo-left, Green and trade union forces that politically dominated the protests did everything they could to subordinate this movement to pro-war organisations, such as the Democratic Party in the US and the Labor Party in Australia, as well as impotent appeals to the United Nations. In 2008, they supported the election of US President Barack Obama, proclaiming that representative of Wall Street, who would be at war his entire eight years in office, as the bringer of peace.

WikiLeaks’ publication of the war logs cut through this suppression of the anti-war movement, raising the urgency of a renewed fight against imperialist militarism. In the process, young people around the world became aware, in many cases for the first time, of the horrors being perpetrated in Iraq, and were politically activated.

The New York Times and the Guardian partnered with WikiLeaks on the war logs. Their aim was to control the narrative and land a scoop. But as it became clear that the publications were contributing to a political radicalisation of workers and young people, and that WikiLeaks was facing the full force of the US state, they began to denounce Assange in the most slanderous terms.

Such is the basic reason for the venomous hostility of the entire political and media establishment towards Assange in every country, especially its pseudo-left and liberal contingents. He and WikiLeaks “rocked the boat” upon which their own privileged and selfish upper-middle class existence depends. The wars, moreover, had not been at all bad for their stock portfolios, contributing to the open support of this milieu for the imperialist attacks on Libya and Syria.

But the publication of the war logs was an imperishable contribution to humanity and the fight against imperialist war, for which Assange is rightly viewed as a hero by millions of workers and young people. Now, it is up to the international working class to spearhead the fight for Assange’s freedom, the defence of all WikiLeaks staff and of democratic rights as a whole.

This is inseparable from the struggle against the escalating drive to war, including US threats of war against China and Russia, and the fight to put an end to the capitalist order that is responsible for imperialist violence and authoritarianism.