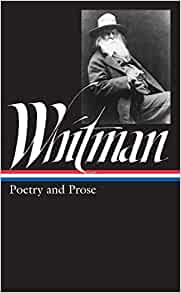 “Have I not said that womanhood involves all? Have I not told how the universe has nothing better than the best womanhood?”

“I can conceive of no better service,” Walt Whitman (May 31, 1819–March 26, 1892) wrote in contemplating the mightiest force of resistance in times far more troubled than ours, “than boldly exposing the weakness, liabilities and infinite corruptions of democracy.” To Whitman, who declared himself “the poet of the woman the same as the man,” the gravest weakness of democracy was the artificial, culturally manufactured inequality of the genders, which he recognized not only as a corruption of democracy but as a corruption of nature. Equality for him, be it of the genders or the races, was never a matter of politics — that plaything of the human animal — but a matter of naturalness. Because he saw how thickly interleaved our individual dignities are, how interdependent our flourishing — saw that “every atom belonging to me as good belongs to you” — he took it upon himself, a century and a half before his society did, to save democracy from politics, standing up for the rightful balance of dignity and power. Anne Gilchrist — the unheralded genius whom Whitman admired as “a sort of human miracle” belonging “to the times yet to come” — spoke for the epochs when she asked: “Who but he could put at last the right meaning into that word ‘democracy,’ which has been made to bear such a burthen of incongruous notions?”

Whitman threw himself at righting — naturalizing — the gender imbalance of democracy not despite his maleness but precisely because of it. At the heart of his devotion to equality was an astute insight into the paradox of power: the understanding that no socially and politically marginalized group — not even a biological majority — moves to the center solely by its own efforts; it takes a gravitational pull by those kindred to the cause who are already in relative positions of power or privilege. It was a countercultural understanding in his time, and remains a countercultural understanding in ours, its negation ahistorical: Citizens helped us immigrants obtain legal rights and protections; white women like astronomer Maria Mitchell and literary titan Margaret Fuller were on the ideological front-lines of abolition, some even on the literal front-lines of the Civil War.

Long before the term feminism wove itself into the modern lexicon, America’s most celebrated poet (though perhaps the second-greatest) became an outspoken feminist. In his 1888 poem “America” — a reading of which is the only surviving recording of his voice — Whitman eulogized his homeland as a “centre of equal daughters, equal sons.” He added this poem to his continually revised and expanded Leaves of Grass in the final years of his life, but coursing through it was the pulse-beat of a longtime conviction: As a young man, Whitman was greatly influenced by Margaret Fuller — one of the central figures Figuring — whose epoch-making book Woman in the Nineteenth Century catalyzed American women’s emancipation movement. Clippings of Fuller’s columns for the New-York Tribune, where she became the first female editor of a major American newspaper and America’s first foreign war correspondent, were found among Whitman’s papers after his death.

Insisting that no democratic society could exist in which women are not afforded the same rights as men, he wrote:

I have sometimes thought… that the sole avenue and means of a reconstructed sociology depended, primarily, on a new birth, elevation, expansion, invigoration of woman… Great, great, indeed, far greater than they know, is the sphere of women.

Of all dangers to a nation, as things exist in our day, there can be no greater one than having certain portions of the people set off from the rest by a line drawn — they not privileged as others, but degraded, humiliated, made of no account.

A century before Adrienne Rich argued for literature as a force of women’s empowerment and a form of resistance to male capitalist society, Whitman called for the creation of a new American literature that would be as much an original art form as a tool of social change. Among “the most precious of its results,” Whitman envisioned, would be “achieving the entire redemption of woman… and thus insuring to the States a strong and sweet Female Race.” Art, he resolutely believed, was the ultimate catalyst for social transformation and betterment:

The literature, songs, esthetics, &c., of a country are of importance principally because they furnish the materials and suggestions of personality for the women and men of that country, and enforce them in a thousand effective ways.

I sometimes meet women whom I say are of the Whitman type — the kind of woman he invoked and predicted… They are cheerful, tolerant, friendly, think no evil, meet high and low on equal terms; they walk, row, climb mountains; they reach forth into the actual world of questions and events, open-minded, sympathetic, frank, natural, good-natured… in short, the large, fresh, wholesome open-air natures whose ideal so completely possessed Walt Whitman.

Burroughs placed the equality of men and women as the crowning achievement of a more Whitmanesque society — the more democratic society of the future:

Whitman himself had written in Leaves of Grass:

The race is never separated — nor man nor woman
escapes;
All is inextricable — things, spirits, nature, nations,
you too — from precedents you come.

The creation is womanhood;
Have I not said that womanhood involves all?
Have I not told how the universe has nothing better
than the best womanhood?

Complement with Nikola Tesla’s feminist vision for humanity, then revisit Whitman on optimism as a mighty force of resistance, what it takes to be an agent of change, how to keep criticism from sinking your soul, and what makes life worth living.