The Plot Against Gretchen Whitmer Shows the Danger of Private Militias

These groups have no constitutional right to exist. 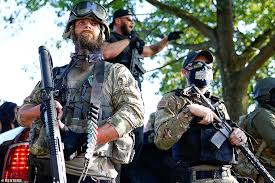 A gathering in Louisville, Ky., in September. Bryan Woolston/Reuters

8 Oct 2020 – In the swirls of disinformation that now pollute our political discourse, one is particularly dangerous: that private militias are constitutionally protected.

Although these vigilante groups often cite the Second Amendment’s mention of a “well regulated militia” for their authority, history and Supreme Court precedent make clear that the phrase was not intended to — and does not — authorize private militias outside of government control.

Indeed, these armed groups have no authority to call themselves forth into militia service; the Second Amendment does not protect such activity; and all 50 states prohibit it.

The danger of these groups was brought home on Thursday with the announcement that the F.B.I. had thwarted a plot by people associated with an extremist group in Michigan to kidnap Gov. Gretchen Whitmer and overthrow the government.

The unnamed militia involved in the kidnapping plot is part of a growing number of private paramilitary groups mobilizing across the country, wholly outside of lawful authority or governmental accountability. These organizations — some of which openly refer to themselves as “militias,” while others reject the term — often train together in the use of firearms and other paramilitary techniques and “deploy,” heavily armed and sometimes in full military gear, when they deem it necessary.

Sometimes they want to fight against the perceived tyranny of the states, as when they stormed the Capitol in Lansing, Mich., this spring to demand the end of the governor’s pandemic shutdown order, egged on by President Trump’s tweets to “LIBERATE MICHIGAN!” 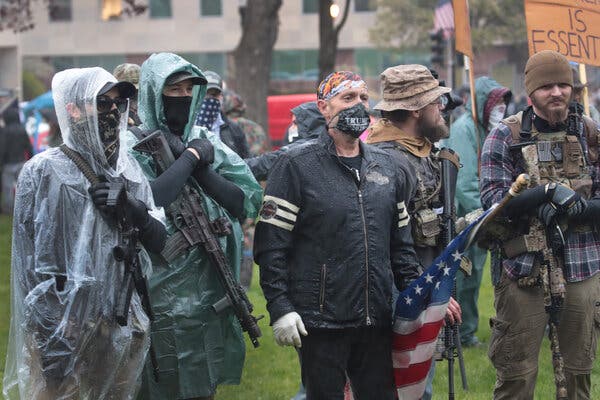 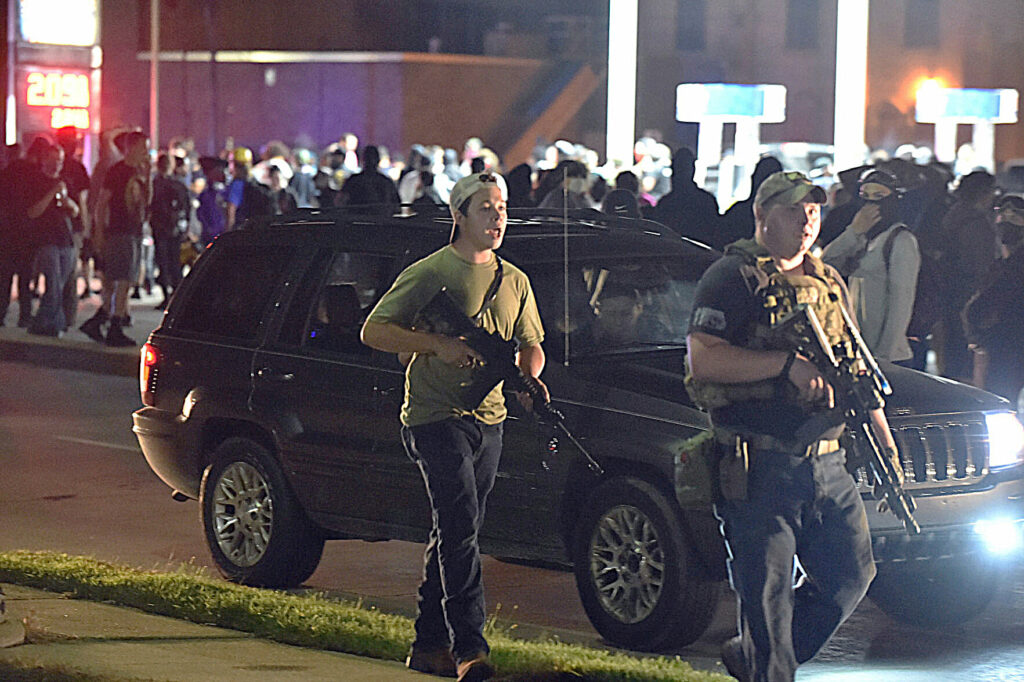 Sometimes they want to usurp the functions of law enforcement, as they’ve done in Kenosha, Wis., and elsewhere, purporting to “protect” property during racial justice protests, often in response to false rumors about leftist violence, rumors stoked by the president’s calls to designate “antifa” as a terrorist organization.

More alarmingly, some of them are planning their own poll-watching operations and are openly training in preparation for the post-election period.

Whatever their stated purpose, their conduct is unlawful and not constitutionally protected. Even before the adoption of the Constitution, the colonies recognized the importance of a “well regulated” militia to defend the state, in preference over standing armies, which they perceived as a threat to liberty. The militia consisted of able-bodied residents between certain ages who had a duty to respond when called forth by the government.

But “well regulated” meant that the militias were trained, armed and controlled by the state. Indeed, 48 states have provisions in their constitutions that explicitly require the militia to be strictly subordinate to the civil authority.

Likewise, state constitutions and laws then and now generally name the governor as the commander in chief of its armed forces — and only the governor or a designee has the power to call forth the able-bodied residents for militia service.

Emerging from the American Revolution, the founders reasonably were wary of insurgencies that could threaten the stability of the new Union. Shays’ Rebellion and other early armed uprisings against the states only solidified those fears. Thus, the “well regulated militia” in the Constitution’s Second Amendment refers to the militia that were once called forth by the government, not by private vigilante organizations deciding when and under what circumstances to organize and self-deploy.

The federal and state government control of the militia has also been confirmed by the Supreme Court. In 1886, the court upheld the constitutionality of a state criminal law that made it unlawful for “any body of men” outside state or federal governmental authority to “associate themselves together as a military company or organization, or to drill or parade with arms in any city or town of the state.”

This criminal statute and others were enacted after the Civil War and are on the books of 29 states. The Supreme Court said without question that states had authority to control and regulate military bodies and associations as “necessary to the public peace, safety and good order.”

The court’s 1886 decision was reaffirmed in 2008 in Justice Antonin Scalia’s majority opinion in District of Columbia v. Heller. That case established that the Second Amendment protects an individual right to bear arms for self-defense, but “does not prevent the prohibition of private paramilitary organizations.” Although there are many gray areas about Second Amendment rights, this is not one of them.

Which brings us back to the authority of the states. In addition to state constitutional and statutory schemes by which only the governor may activate “able-bodied” residents for militia service, other laws also forbid paramilitary activity and the usurpation of law enforcement and peacekeeping authority.

Twenty-five states prohibit teaching or demonstrating how to use of firearms or “techniques” capable of causing injury or death in order to further civil disorder. Eighteen states prohibit either the false assumption of the duties of public officials, including law-enforcement officials, or the wearing of uniforms similar to military uniforms.

All these laws point to a single conclusion: There is no right in any state for groups of individuals to arm themselves and organize either to oppose or augment the government.

Now, more than ever, state and local officials must enforce these statutes. In battleground states like Pennsylvania, Michigan and Wisconsin, as well as in hotbeds of militia activity like Oregon, Idaho, Virginia and Texas, they must ready themselves for unlawful private militias showing up at the polls and on the streets during ballot counting and beyond.

Those groups, like the Three Percenters, Oath Keepers and others that claim to be “patriots” but answer to their own interpretation of the Constitution, are likely to hear the president’s unsupported claims about election fraud as their license to deploy to the polls to “protect” or “patrol” the vote.

Their armed presence not only would violate state anti-paramilitary laws, it would likely violate laws against voter intimidation as well. State attorneys general, secretaries of state, local prosecutors, law enforcement officers and election workers must know about these laws and be prepared to enforce them. They should announce this in advance and consider taking pre-emptive action through attorney general legal opinions, cease and desist orders, and prosecutions or civil litigation.

These efforts must continue after the election, when the threat of civil unrest could be at its greatest. State and local leaders, in both parties, must denounce armed militia activity, whether from the right or the left.

These leaders may also have to take swift action to protect public safety and preserve constitutional rights. But the law is on their side — private armed militias find no support in the U.S. or state constitutions or in American history. They must not be tolerated in our society.

Mary B. McCord, legal director for Georgetown Law’s Institute for Constitutional Advocacy and Protection and a visiting professor, was the acting assistant attorney general for national security at the Department of Justice from 2016 to 2017.