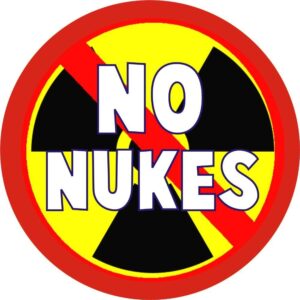 22 Oct 2020 – On 2 Oct, 77 Heads of State and Government Ministers addressed a United Nations High-Level meeting on the elimination of nuclear weapons, along with the UN Secretary-General, the President of the UN General Assembly and two representatives of civil society.

One of the proposals highlighted by some of the governments and supported by the two civil society representatives was an appeal to UN member states to commit to the elimination of nuclear weapons by 2045, the 100th anniversary of the establishment of the United Nations.

This proposal had been introduced to the UN previously by Kazakhstan First President Nursultan Nazarbayev, firstly in a speech to the UN General Assembly in October 2015, and again when he hosted a special UN Security Council meeting on weapons of mass destruction in January 2018. President Nazarbayev appealed to the permanent members of the Security Council, in particular, to pledge to achieve the elimination of nuclear weapons by 2045.

The appeal was ignored at that time by the USA and Russia, who used the occasion of the special Security Council meeting to trade accusations against each other, rather than agree to a time-bound framework for nuclear abolition. Nor was the 2045 target picked up then by non-nuclear countries, many of whom were focused more on whether or not they would join the Treaty on the Prohibition of Nuclear Weapons (TPNW), which was opened for signature in September 2017.

However, the idea caught the attention of several political analysts such as Lewis A Dunn, Member of the UN Advisory Board on Disarmament Matters and former U.S. Ambassador for the Nuclear Non-proliferation Treaty Review Conference, and Tong Zhao, senior fellow in Carnegie’s Nuclear Policy Program based at the Carnegie–Tsinghua Center for Global Policy, who mapped out a series of arguments as to how a 2045 target is both politically feasible – at least for the achievement of ‘strategic elimination’ – and a useful tool to engage and influence the nuclear-armed States.

As the nuclear arms race shows no sign of abating soon, and it becomes increasingly obvious that the nuclear-armed states and their allies will continue to reject the TPNW at least for the medium-term future, the 2045 target for nuclear elimination is getting picked up and promoted by civil society as a useful campaign tool.

In addition to being highlighted in the civil society presentations on October 2, the 2045 target has been made in two recently launched civil society appeals, one by World Beyond War which focuses its attention on the nine nuclear-armed States, and the other by #WeThePeoples2020 which focusses on all UN members, and which also calls for immediate nuclear risk-reduction measures and for UN member states to cut nuclear weapons budgets, end investments in the nuclear weapons industry and redirect these budgets and investments to support climate action, COVID-19 recovery and implementing the Sustainable Development Goals.

The #WeThePeoples2020 appeal is of particular interest, as its hundreds of endorsers include a mix of ‘realists’ (academics and former military and political leaders) and ‘idealists’ (religious and civil society leaders) thus bridging the gap between hope and political feasibility.

Discussion of these issues should take into consideration new and emerging political circumstances, including the impact of the COVID-19 pandemic and the climate crisis on security thinking, the November US elections that could deliver a new administration, the upcoming Nuclear Non-Proliferation Treaty Review Conference, and how these relate to the political forces and security issues that are maintaining the current nuclear arms race.

Commitment to a date or a process?

There is no shortage of plans and processes/approaches put forward to achieving a nuclear-weapons-free world. A few of these have been mentioned above including the Global Zero plan, a proposal for a Nuclear Weapons Convention and the call on the nuclear-armed States to join the Treaty on the Prohibition of Nuclear Weapons.

Others include: the Rajiv Gandhi Action Plan for a Nuclear-Weapons-Free and Non-violent World Order, the Comprehensive Action Agenda put forward by the International Commission on Nuclear Non-proliferation and Disarmament, the former UNSG’s 5-point proposal for nuclear disarmament, the 13 practical steps to achieve nuclear disarmament adopted by the 2000 NPT Review Conference, and the Building Blocks for a World Without Nuclear Weapons proposal submitted to the UN Open-Ended Working Group on Taking Forward Multilateral Negotiations on Nuclear Disarmament.

Setting a feasible date for nuclear weapons elimination is also a way to build support from the rest of global civil society, most of whom would agree with the goal of nuclear abolition and would be ready to give their support, but lack the knowledge, time or interest to engage in the debate on how to get there.

A simple call of the elimination of nuclear weapons by 2045 could generate widespread and powerful momentum that would be difficult for the nuclear-armed States to ignore.

There are ample reasons for choosing 2045. It is the 100th anniversary of the establishment of the United Nations and also the 100th anniversary of the first use of nuclear weapons. As such, it provides a compelling symbolic date that can attract political, media and civil society attention. It also carries with it a burden on the nuclear-armed States to deliver. They would find it hard-pressed to deny that 100 years is more than enough to implement the very first resolution of the UN General Assembly, adopted by consensus, setting forth the goal of nuclear weapons elimination.

Besides, there is more than enough time between now and 2045 for the nuclear-armed States to address their security concerns about moving into a nuclear-weapons-free world. So, their usual excuse, that political conditions currently make it impossible to achieve a nuclear-weapons-free world falls flat on its face. They have nearly 25 years to take steps and establish mechanisms to meet their security concerns regarding relinquishing nuclear deterrence and eliminating the weapons. As such, 2045 cannot be credibly dismissed by nuclear deterrence adherents as not being feasible.

Why not an earlier date?

It is entirely feasible to achieve the elimination of nuclear weapons earlier than in 2045. Indeed, the ‘political conditions’ arguments put forward by nuclear-armed and allied States for not making concrete progress on nuclear disarmament, are mostly spurious.

They are used to prop up nuclear deterrence policies which serve other purposes – such as enhancing domestic political power and feeding the financial interests of the nuclear weapons industry. If the nuclear-armed States were truly committed to nuclear disarmament, they could indeed negotiate and adopt, within a much shorter timeframe, an agreement or regime for the verified elimination of nuclear weapons.

Putting forward the date of 2045 by which nuclear weapons should be eliminated allows for the possibility of them being eliminated earlier, capitalizes on the political attention surrounding the 100th anniversary of the UN, and avoids the pitfalls in putting forward an earlier date.

Some voices question whether the elimination of nuclear weapons is indeed possible, arguing that the nuclear-armed and allied states will never agree to relinquish nuclear deterrence and eliminate the weapons as they provide security and political benefits that cannot be met in other ways. According to these voices, the best we can do is to manage the situation to ensure that nuclear deterrence does not ‘fail’ resulting in the use of nuclear weapons.

The International Commission on Nuclear Non-proliferation and Disarmament (ICNND) addressed this head-on by: a) highlighting that it is unrealistic to expect that maintaining nuclear deterrence policies and practices indefinitely will not result in nuclear weapons use at some stage, either by intent, miscalculation or accident; and b) examining all the political, security and economic drivers for nuclear deterrence policies and demonstrating how these drivers could be addressed and met by alternative means.

Mr Gareth Evans, Co-Chair of the ICNND, in a presentation on the International Day for the Total Elimination of Nuclear Weapons (September 26, 2020), noted that:

Making progress on nuclear disarmament is always going to be a slow, grinding, frustrating, unrewarding process. But I do believe progress can be made if we do four things: utilize the power of emotion; utilize the power of reason; unite around a common, realistic disarmament agenda that does not make the best the enemy of the good; and, above all, stay optimistic. As desolate as the international environment for now remains, it is important to keep things in perspective. Pendulums do swing, wheels do turn, Presidents and Prime Ministers do change.

The COVID-19 pandemic and the climate crisis are changing the global security environment in ways that make the elimination of nuclear weapons more feasible. Both issues have emerged as key threats impacting the security of both individuals and nations. And obviously, nuclear weapons are useless in addressing these threats. Also, the massive human, technical and financial investments in nuclear weapons are a drain on resources that are needed to manage and recover from the pandemic and to make the transition to low-carbon economies.

These aspects provide political opportunities to phase out nuclear deterrence, economic opportunities to reduce the power of the nuclear weapons lobby, shift nuclear weapons budgets and investments to meet human security needs, and strengthen the nuclear abolition movement by building cooperation with those working on climate action, sustainable development and building back better from the COVID-19 pandemic.

Vanda Proskova (center) is a graduate student in international relations and law from the Czech Republic. She is Deputy-Chair of PragueVision Institute for Sustainable Security and is Director of the PNND Gender and Disarmament Program. She was the second of the two civil society representatives invited to address the UN High-Level Meeting on the Total Elimination of Nuclear Weapons on October 2, 2020.

Saber Chowdhury (right) is a Member of the Bangladesh Parliament, Co-President of Parliamentarians for Nuclear Non-proliferation and Disarmament (PNND) and Honorary President of the Inter-Parliamentary Union. He was one of the two civil society representatives invited to address the UN High-Level Meeting on the Total Elimination of Nuclear Weapons on October 2, 2020.

The #WeThePeoples2020 Appeal for a nuclear-weapon-free world by 2045 makes these connections and could serve as a powerful rallying cry to support this.

This article is published under the Creative Commons Attribution 4.0 International licence. You are free to share, remix, tweak and build upon it non-commercially. Please credit to the source.