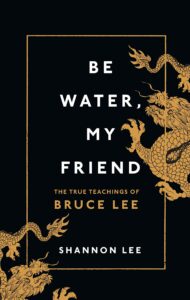 “The intangible represents the real power of the universe. It is the seed of the tangible. It is living void because all forms come out of it, and whosoever realizes the void is filled with life and power and the love of all beings.”

“Do you need a prod? / Do you need a little darkness to get you going?” Mary Oliver asked in her stunning love poem to life, composed in the wake of a terrifying diagnosis. “Let me be as urgent as a knife, then, / and remind you of Keats, / so single of purpose and thinking, for a while, / he had a lifetime.”

Think of Keats when you need that prod for living — Keats, who died at the peak of his poetic powers, already having given humanity more truth and beauty in his short life than most would give if they had eternity. Or think of Bruce Lee (November 27, 1940–July 20, 1973) — another rare poet of life, who too pursued truth and beauty, if in a radically different medium; who too was slain by chance, that supreme puppeteer of the universe, at the peak of his powers; who too left a legacy that shaped the sensibility, worldview, and wakefulness to life of generations. 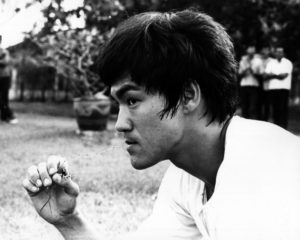 On the bench across from Bruce Lee’s tombstone in Seattle’s Lake View Cemetery, where he is buried alongside his son, also chance-slain in youth, these words of tribute appear: “The key to immortality is first living a life worth remembering.” They are often misattributed to Lee himself — perhaps because of the proximity, perhaps because they radiate an elemental truth about his life. The animating ethos of that uncommon life comes newly alive in Be Water, My Friend: The Teachings of Bruce Lee (public library) by his daughter, Shannon Lee, titled after his famous metaphor for resilience — a slender, potent book twining her father’s timeless philosophies of living with her own reflections, drawn from her own courageous life of turning unfathomable loss into a path of light and quiet strength.

In the final year of his life, Lee was in the last stages of a long negotiation with the Hollywood machine over what had long been his dream — a film that would introduce Eastern philosophy into Western culture through the thrilling Trojan horse of martial arts action. It was a dream he attained by his sheer force of vision and will, for the Hollywood studios had such a contrived initial template and such resistance to his deeper conceptual ideas that Lee, at the risk of losing his one great opportunity for reaching millions, refused to be a mere actor in a mindless, unimaginative, and stereotype-reinforcing action movie; he insisted that it be altered and elevated, then ended up radically rewriting the script — adding, among many other poetic-philosophical cornerstones, the now-iconic “finger pointing at the Moon” scene — and giving the film its now-iconic title: Enter the Dragon. 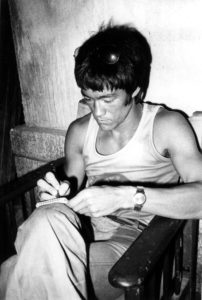 Throughout the entire experience, which pushed Lee to step beyond the limits of his prior creative and existential imagination, he began drafting and redrafting a piece he titled “In My Own Process.” In it, a century after the young Leo Tolstoy wrote in his diary of self-discovery and moral development that “this is the entire essence of life: Who are you? What are you?,” the young philosopher-king of martial arts aimed at a “sincere and honest revelation of a man called Bruce Lee.” He resolved:

I know I am not called upon to write any true confession, but I do want to be honest — that is the least a human being can do… I have always been a martial artist by choice and an actor by profession. But, above all, I am hoping to actualize myself to be an artist of life along the way.

He didn’t know that the way was soon to be cut short; he didn’t know that he was already an artist of life. “The most regretful people on earth,” Mary Oliver would write decades later in an essay of staggering insight, “are those… who felt their own creative power restive and uprising, and gave to it neither power nor time.” Bruce Lee felt his restive potential, and though chance interceded before he could give it due time, he gave it more than due power. His daughter quotes another passage from the notebooks he relentlessly filled with ideas, insights, and open questions to be answered in the act of living — a passage that bespeaks the wellspring of his existential and creative power beyond time:

Recognize and use the spiritual power of the infinite. The intangible represents the real power of the universe. It is the seed of the tangible. It is living void because all forms come out of it, and whosoever realizes the void is filled with life and power and the love of all beings.

It was this diffuse and integrated understanding of existence that conferred a rich sense of meaning upon Lee’s life and allowed him to face death, not knowing he was facing it, without regret, without fear, as a fully actualized artist of life. In another notebook entry, he writes:

I don’t know what is the meaning of death, but I am not afraid to die. And I go on, non-stop, going forward, even though I, Bruce Lee, may die some day without fulfilling all of my ambitions, I will have no regrets. I did what I wanted to do and what I’ve done, I’ve done with sincerity and to the best of my ability. You can’t expect much more from life.

Complement with Nobel laureate Louise Glück’s love poem to life at the horizon of death, physicist Brian Greene on how our transience confers dignity and meaning upon our lives, astronomer-poet Rebecca Elson’s stunning antidote to the fear of death, and Walt Whitman on what makes life worth living, then revisit Lee on the measure of success, his previously unpublished reflections on willpower, imagination, and confidence, and the philosophy and origin of the famous teaching after which his daughter’s book is titled.