Ten Years Since WikiLeaks Published the US Diplomatic Cables 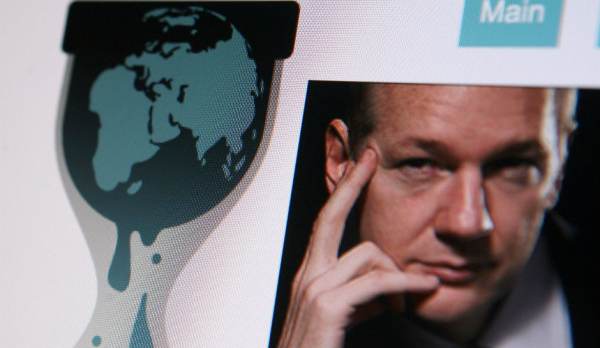 28 Nov 2020 – Today is the tenth anniversary of “Cablegate” when WikiLeaks, leading a group of partner media organisations, began reporting on the contents of hundreds of thousands of leaked United States government diplomatic cables.

The documents revealed the vast scope and global reach of US imperialism’s criminal conspiracies and the brutality and corruption of governments the world over.

Of historic significance in their own right, the publications followed WikiLeaks’ extraordinary releases earlier that year of the “Collateral Murder” video—showing the killing of Iraqi civilians, including journalists and first responders, by US soldiers—the Afghan War Logs and the Iraq War Logs.

These publications earned WikiLeaks, and in particular its founder, the journalist and publisher Julian Assange, the undying enmity of the ruling class. A vicious campaign of slander and pseudo-legal persecution was launched against Assange that continues to this day. He is currently locked up in London’s Belmarsh maximum security prison awaiting a verdict on his extradition to the US, where he faces a likely sentence of 175 years in the darkest corner of the American prison system, on charges under the Espionage Act.

Just a small sample of the diplomatic cables exposures gives a sense of their significance.

They revealed that the US had knowledge of and approved the military coup that toppled Thai Prime Minister Thaksin Shinawatra in 2006. American officials discussed the possibility of a similar overthrow of the Pakistani government in 2009 with the country’s top general. In 2009, Washington privately supported the military coup against Honduran President Manuel Zelaya and worked to cover up the repression which followed.

US intelligence assets helped to engineer Kevin Rudd’s replacement as Australian prime minister by Julia Gillard in 2010, to ensure a continued Australian presence in the criminal US-led occupation of Afghanistan. Rudd was also targeted for suggesting America make minor accommodations to China’s growing influence in the Asia-Pacific region.

The cables demonstrated that the US government was fully aware of the torture, random arrests, and extra-judicial killings carried out by its ally Hosni Mubarak in Egypt. They proved Washington’s detailed knowledge of state corruption in Tunisia and exposed the government’s collaboration in abrogating the rights of Tunisian citizens detained in Guantanamo Bay. Governments in Pakistan and Yemen were shown to have collaborated with US drone operations in their own countries, responsible for the repeated massacres of civilians.

American officials were aware of an explosion at a BP gas rig in the Caspian Sea in 2008 but took no action to investigate the safety of the company’s other sites. Two years later, an explosion at a rig in the Gulf of Mexico killed eleven people and created the largest marine oil spill in history. During the 2009 Copenhagen climate conference, the US successfully bribed and blackmailed poor countries over development aid to gain support for a watering down of climate commitments.

US Secretary of State Hillary Clinton ordered US embassies and UN representatives to gather personal information, including credit card and frequent flyer account numbers, internet passwords, work schedules and even DNA samples, from UN and foreign government officials. The only realistic purpose being to facilitate similar blackmail operations.

Yet more cables detailed the domination of the Nigerian state by Shell Oil.

Contrary to the claims of the US government that WikiLeaks recklessly endangered vulnerable sources named in the cables, a painstaking and collaborative process was established to review and redact the documents before publication. At Assange’s extradition hearing this September, journalists from all over the world testified to WikiLeaks’ “pioneering” use of encryption to protect sources and documents. The cables were scheduled to be released over the course of a year, on a country-by-country basis, making use of the expertise of local partner media organisations to ensure the appropriate redactions took place. In some cases, the US government itself provided suggestions for redactions.

Evidence heard at the hearing also established that it was Guardian journalist David Leigh who was responsible for allowing the release of tens of thousands of unredacted cables, which had been securely stored by WikiLeaks, in September 2011. In a hatchet-job on WikiLeaks, WikiLeaks: Inside Julian Assange’s War on Secrecy, Leigh published the password to a secure online archive containing the cables, making them freely accessible.

Assange called the US State Department to warn them of an impending release but was ignored. He and the other WikiLeaks editors then took the decision to publish the unredacted cables themselves, since the documents were already in the public domain. WikiLeaks’s main media partners, the Guardian, the New York Times, Der Spiegel, El Pais, and Le Monde, used this event as a pretext to break off relations with the organisation and denounce its work.

The American government responded to the initial “Cablegate” publications with an embargo on WikiLeaks. Amazon removed the site from its web servers, PayPal cut off the WikiLeaks account and Mastercard and Visa prevented payments being made to the organisation. Bank of America stopped handling WikiLeaks payments and Swiss bank PostFinance froze Assange’s assets.

Obama’s Democratic Party administration launched a furious salvo of denunciations, with then Vice President Joe Biden calling Assange a “high-tech terrorist” and Hilary Clinton reportedly asking, “Can’t we just drone this guy?” This opened the floodgates to a torrent of demands from Republicans and the right-wing media for his assassination.

Assange was subjected to a sprawling conspiracy, as Sweden launched a manufactured sexual assault investigation to secure his arrest. Swedish prosecutors were encouraged by the UK authorities who used a Swedish extradition request to arbitrarily detain Assange in the Ecuadorian Assembly in London, where he had claimed political asylum. Pseudo-left political organisations abandoned Assange entirely over this smear campaign, or openly attacked him as a “rapist”, despite no charges ever being laid.

In April 2019, the US, UK and a new Ecuadorian government led by Lenin Moreno reached a deal to see Assange illegally seized from the embassy by British police.

The ferocity of the US government and the betrayal of Assange and WikiLeaks by the liberal media and the pseudo-left were driven by a fear of the profoundly radicalising effect of their revelations. The reporting of the diplomatic cables tore the veil off the daily crimes and intrigues of the ruling class and exposed them to millions of people. It threw light on the world which had been created by an unending series of US-led wars of aggression, the “war on terror” and the assault on democratic rights, and the voracious expansion of corporate and financial interests into every corner of the globe. For the embedded liberal media and their affluent pseudo-left allies, WikiLeaks’ exposure of imperialism’s systemic savagery and hostility to democracy broke an unspoken law.

Commenting on the significance of the release, the World Socialist Web Site wrote on November 30, 2010:

“Underlying the outraged denunciations of the Obama administration and the Republicans over WikiLeaks’ undermining of US ‘national security’ is the anger of a ruling financial aristocracy that must pursue its own predatory and reactionary interests in secret because they are opposed to the needs and aspirations of working people in the US and around the world.”

There was, we explained, one precedent for the exposure—the publishing of the secret treaties and diplomatic documents of the imperialist powers involved in the First World War by the new Bolshevik government, following the Russian Revolution. Leon Trotsky, then People’s Commissar for Foreign Affairs, wrote at the time:

“Secret diplomacy is a necessary tool for a propertied minority, which is compelled to deceive the majority in order to subject it to its interests. Imperialism, with its dark plans of conquest and its robber alliances and deals, developed the system of secret diplomacy to the highest level. The struggle against imperialism, which is exhausting and destroying the peoples of Europe, is at the same time a struggle against capitalist diplomacy, which has cause enough to fear the light of day.”

Barely more than a month later, the huge political impact of the WikiLeaks releases was reflected in the mass uprising in Tunisia which overthrew long time President Zine El Abadine Ben Ali. The uprising is credited as the spark of the Arab Spring, which saw a wave of protest across much of the Arab world. Events in Tunisia were widely described as “the first WikiLeaks revolution”, having been encouraged by the organisation’s exposure of Tunisian state crimes and corruption.

This surge in the class struggle and the threat of new “WikiLeaks revolutions”—combined with the spur given to anti-imperialist sentiment by the Iraq and Afghan War Logs—are the “crimes” for which Assange will never be forgiven by the ruling class. They are his greatest service to the international working class. WikiLeaks contributed to a growing recognition among workers and young people that state criminality and ruling class conspiracies are not accidents or the work of a few bad individuals, but the product of a whole social system based on the rule of competing oligarchies which must be overthrown.

The scale of these conspiracies grows by the year. This September, journalist Bob Woodward revealed that US President Donald Trump, and Woodward himself, had been aware of the dangers posed by the COVID-19 pandemic in January. The Senate Health Committee and Senate Foreign Relations Committee held a private briefing on COVID later that month, with no records kept of the discussion.

No warnings were made to the population. As several senators began shifting stocks to make a killing when the pandemic hit, the US government prepared the CARES Act—a multi-trillion dollar looting of social wealth to line the pockets of the super-rich. Imperialist governments across the world followed suit. Corruption, profiteering and financial speculation have since become endemic in the global response to the virus.

Assange is having his life destroyed as a warning—to prevent new crimes being met with new exposures which could ignite the massive anger developing in the working class. The fight against imperialism and for the basic democratic and social rights of the population is inseparable from the fight to defend WikiLeaks and secure the freedom of Julian Assange.