The Big Bang Never Happened but Fusion Will 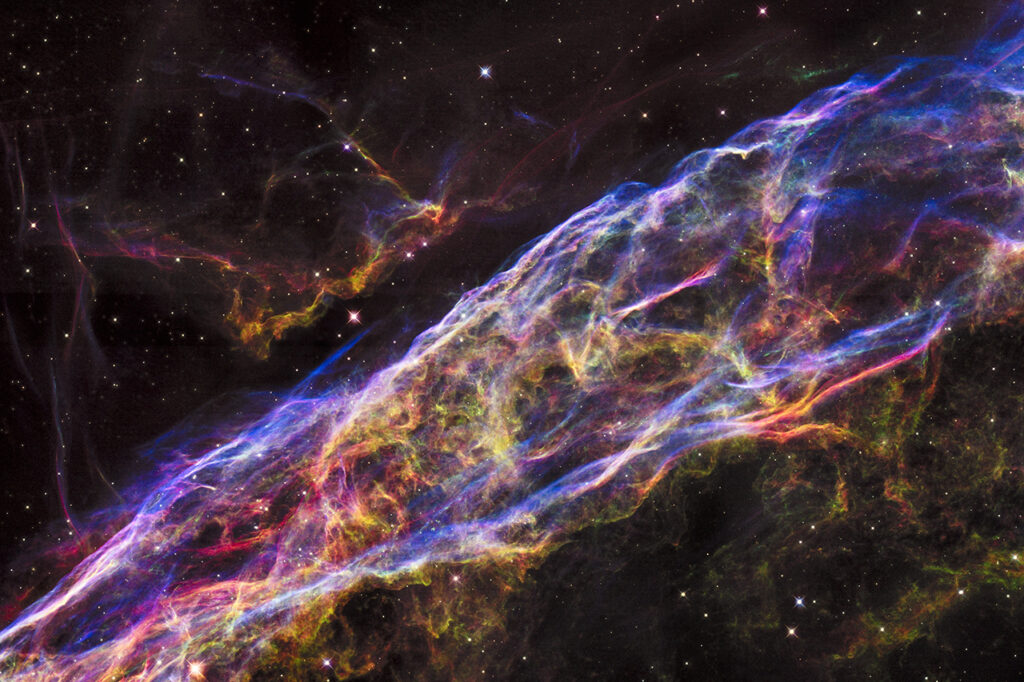 12 Nov 2020 – Jonathan Tennenbaum: The Big Bang is probably the most famous scientific theory since Einstein’s relativity. The Big Bang theory says that our Universe began with a gigantic explosion, about 14 billion years ago, and has been expanding and cooling down ever since.Until relatively recently this theory has been regarded as the foundation of modern cosmology, the branch of science devoted to the study of the Universe as a whole.

But not all scientists agree with the Big Bang theory, and some even say it is completely wrong and contradicted by a growing mountain of evidence. In fact, in recent years one hears more and more talk about a “crisis of cosmology.”

I am talking now to one of the most well-known, outspoken critics of the Big Bang, the American physicist Eric J Lerner.

Readers of my articles in Asia Times will know the name: Eric is also the founder and chief scientist of the company LPP Fusion, which is developing the Dense Plasma Focus, a revolutionary type of fusion reactor which could provide a shortcut toward realizing nuclear fusion as an energy source. 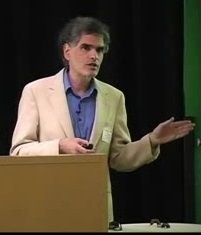 In 1991 Eric Lerner published a book called “The Big Bang Never Happened”, which was widely read and caused a bit of a stir in the scientific community.

When I first saw this book, I thought it was just the proverbial lonely voice crying out in the wilderness. But then in May 2004 the magazine New Scientist published an “Open Letter to the Scientific Community” signed by 35 astrophysicists and physicists affirming that the Big Bang theory had not been proven and that its predictions were contradicted by astronomical evidence.

The co-signers of the letter included, besides Eric Lerner himself, some famous scientists who made major contributions to astrophysics and astronomy, such as Hermann Bondi, Thomas Gold and Jayant Narlikar. Since then, over 200 additional astronomers and physicists have added their signatures to the Open Letter.

Meanwhile, Eric Lerner and colleagues continue to publish, in prominent scientific journals, articles refuting the Big Bang theory. Two years ago, one of his articles appeared in the Monthly Notices of the Royal Astronomical Society, and I understand that a further blockbuster paper is in the works.

What I want to do to start with, Eric, is to ask you to take us through the essential issue. What is this debate on the Big Bang all about?

Eric Lerner: Saying that the Big Bang theory is a well-confirmed theory is very much like saying that the emperor’s clothes are beautiful. It’s something that lots of people agree on because ultimately their jobs and income depend on it. But it’s not something that’s backed up by scientific evidence.

Whenever and wherever you look at what the Big Bang hypothesis predicts, and you compare with observations, then in almost every single case you get a mass of contradictions.

This theory – despite its widespread support in the cosmology community – is like Swiss cheese, full of holes. And yet the response of the cosmology community as a whole is to say, “Each of these cases is an individual anomaly. Yeah, we’re still working on it, but, you know, look at all the other things that the theory gets right.”

In the paper that I’ve just submitted to a peer-reviewed journal, we look at 18 large, independent data sets of observations, and in 17 of these, the predictions of the Big Bang theory are clearly contradicted by the data.

JT: Could you name some?

EL: For example, the universe contains objects that are 10 times older than when the Big Bang was supposed to have happened.

The Big Bang’s predictions of the distribution of the light elements in the Universe are completely wrong – orders of magnitude wrong.

The evidence against dark matter, whose existence is postulated by Big Bang theory, is overwhelming.

In each case, observations are based on many papers, published by many different groups of researchers in leading peer-reviewed journals over a period of years – or even decades.

In the space around us, on Earth, in the solar system and the Milky Way, as similar objects get farther away, they look fainter and smaller. Their surface brightness, to use a technical term– the ratio of their apparent brightness to their apparent area – remains a constant.

In contrast, the Big Bang theory tells us that in an expanding universe objects actually should appear fainter but bigger. In addition, the light would be stretched as the universe expanded, further dimming the light. So, in an expanding universe the most distant galaxies should have hundreds of times less surface brightness than similar nearby galaxies, making them actually undetectable with present-day telescopes.

But that is not what observations show. Researchers have carefully compared the size and brightness of about a thousand nearby and extremely distant galaxies. Contrary to the prediction of the Big Bang theory, they found that the surface brightnesses of the near and far galaxies are identical, just as one would expect with no expansion.

JT: How have the advocates of the Big Bang responded to that?

EL. The Big Bang cosmologists viewed it simply as an anomaly. They said, “How do we resolve the anomaly?” Characteristically, they came up with an additional hypothesis that complicated the theory, but would explain the difference.

So, the additional hypothesis was size evolution. They said, essentially, the galaxies grow. They start out really tiny like babies, and they grow over billions of years. But unlike babies, they aren’t tiny and weak, they’re tiny and very strong. Their surface brightness would be hundreds of times more than any galaxy we see today! And this, by coincidence, would explain the discrepancy with the observed data.

Even with this hypothesis the data still contradict the theory.

JT: And you say we don’t need to introduce this kind of hypothesis?

EL: In all the 18 areas, except one, there are explanations of the observed phenomena that are based on known physical laws, and that don’t require the Big Bang. You don’t need a fancy new theory to explain the phenomena.

JT: You mentioned that there is one exception, where an alternative explanation is still lacking.

EL: The only exception is the one that Edwin Hubble pointed out one hundred years ago, namely the red shift.

JT: For our readers, this refers to the shift of the observed spectrum of light from astronomical objects toward longer wavelengths – that is, lower photon energies – which is conventionally explained in terms of the so-called Doppler effect, by assuming that those objects are moving away from us. The red shift appears to be larger, the more distant the object.

The Big Bang theorists take the red shift measurements as decisive evidence that distant galaxies are moving away from us, and that the Universe itself is expanding. Eric, can there really be any doubt about this conclusion?

The point is, apart from the red shift, the expansion theory makes many other predictions. The key observational data set that I and my colleagues concentrated on over the course of a long period from 2005 to 2018 – and the results were published in peer-reviewed journals, including the Monthly Notices of the Royal Astronomical Society in 2018 – deals with surface brightness. And, as I mentioned, for these and 16 other data sets, the predictions of the Big Bang theory turn out to be all wrong.

So what I’m saying is that the crisis in cosmology has reached a point where the alternative to the Big Bang is, quite simply, no Big Bang – no Bang at all.

JT: But if there is no Big Bang and no expansion of the Universe, then how are we going to explain the red shift observations?

EL: Hubble – who made the first observations of the red shift a hundred years ago – himself never believed that it was due to the expansion of the universe. He believed that he was observing a new and as yet unexplained physical phenomenon. This is what we have to look into.

There would have to be a new phenomenon that explains how electromagnetic radiation loses energy as it travels. In fact, there are predictions from such an effect which it would be possible to test within our solar system.

We can test with a space probe whether the red shift happens within our solar system. We know from multiple observations that our solar system is not expanding. If there were a distance-dependent red shift effect, we could put a spacecraft in orbit that could measure it within the solar system.

I could not pay for this out of my own pocket, but it can be done. Specifically, for example, the planned LISA mission, which is intended to measure gravitational waves, could be modified to actually measure a distance-based effect in the propagation of light.

JT: That would certainly be a fundamental discovery!

A further note to readers: You can learn more about the crisis of cosmology and the evidence against the Big Bang theory at this summary page by Lerner and in Lerner’s video series.

In the next installment of this interview, Lerner will address the issue of why, instead of questioning the validity of the Big Bang, its supporters, again and again, invent new, ad hoc hypotheses to explain the discrepancies – even though this seems to go against one of the basic principles of science that a theory has to be refutable or falsifiable; it cannot be like a piece of rubber, that you can stretch any way you want.

Jonathan Tennenbaum received his PhD in mathematics from the University of California in 1973 at age 22. Also a physicist, linguist and pianist, he’s a former editor of FUSION magazine. He lives in Berlin and travels frequently to Asia and elsewhere, consulting on economics, science and technology.