No Escape from Our Techno-Feudal World 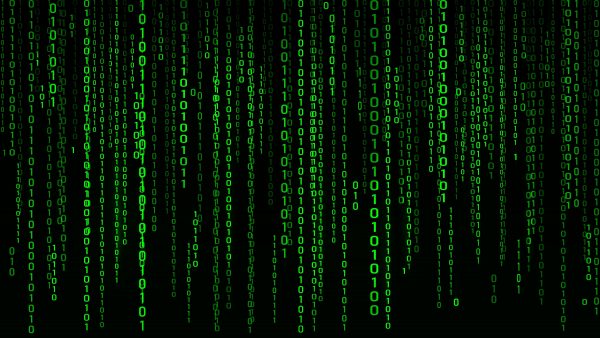 3 Dec 2020 – The political economy of the Digital Age remains virtually terra incognita. In Techno-Feudalism, published three months ago in France (no English translation yet), Cedric Durand, an economist at the Sorbonne, provides a crucial, global public service as he sifts through the new Matrix that controls all our lives.

Durand places the Digital Age in the larger context of the historical evolution of capitalism to show how the Washington consensus ended up metastasized into the Silicon Valley consensus. In a delightful twist, he brands the new grove as the “Californian ideology”.

We’re far away from Jefferson Airplane and the Beach Boys; it’s more like Schumpeter’s “creative destruction” on steroids, complete with IMF-style “structural reforms” emphasizing “flexibilization” of work and  outright marketization/financialization of everyday life.

The Digital Age was crucially associated with right-wing ideology from the very start. The incubation was provided by the Progress and Freedom Foundation (PFF), active from 1993 to 2010 and conveniently funded, among others, by Microsoft, At&T, Disney, Sony, Oracle, Google and Yahoo.

In 1994, PFF held a ground-breaking conference in Atlanta that eventually led to a seminal Magna Carta: literally, Cyberspace and the American Dream: a Magna Carta for the Knowledge Era, published in 1996, during the first Clinton term.

Not by accident the magazine Wired was founded, just like PFF, in 1993, instantly becoming the house organ of the “Californian ideology”.

Among the authors of the Magna Carta we find futurist Alvin “Future Shock” Toffler and Reagan’s former scientific counselor George Keyworth. Before anyone else, they were already conceptualizing how “cyberspace is a bioelectronic environment which is literally universal”. Their Magna Carta was the privileged road map to explore the new frontier.

Also not by accident the intellectual guru of the new frontier was Ayn Rand and her quite primitive dichotomy between “pioneers” and the mob. Rand declared that egotism is good, altruism is evil, and empathy is irrational.

When it comes to the new property rights of the new Eldorado, all power should be exercised by the Silicon Valley “pioneers”, a Narcissus bunch in love with their mirror image as superior Randian heroes. In the name of innovation they should be allowed to destroy any established rules, in a Schumpeterian “creative destruction” rampage.

That has led to our current environment, where Google, Facebook, Uber and co. can overstep any legal framework, imposing their innovations like a fait accompli.

Durand goes to the heart of the matter when it comes to the true nature of “digital domination”: US leadership was never achieved because of spontaneous market forces.

On the contrary. The history of Silicon Valley is absolutely dependent on state intervention – especially via the industrial-military complex and the aero-spatial complex. The Ames Research Center, one of NASA’s top labs, is in Mountain View. Stanford was always awarded juicy military research contracts. During WWII, Hewlett Packard, for instance, was flourishing thanks to their electronics being used to manufacture radars. Throughout the 1960s, the US military bought the bulk of the still infant semiconductor production.

The Rise of Data Capital, a 2016 MIT Technological Review report produced “in partnership” with Oracle, showed how digital networks open access to a new, virgin underground brimming with resources: “Those that arrive first and take control obtain the resources they’re seeking” – in the form of data.

So everything from video-surveillance images and electronic banking to DNA samples and supermarket tickets implies some form of territorial appropriation. Here we see in all its glory the extractivist logic inbuilt in the development of Big Data.

Durand gives us the example of Android to illustrate the extractivist logic in action. Google made Android free for all smartphones so it would acquire a strategic market position, beating the Apple ecosystem and thus becoming the default internet entry point for virtually the whole planet. That’s how a de facto, immensely valuable,  online real estate empire is built.

The key point is that whatever the original business – Google, Amazon, Uber – strategies of conquering cyberspace all point to the same target: take control of “spaces of observation and capture” of data.

About the Chinese credit system…

Durand offers a finely balanced analysis of the Chinese credit system – a public/private hybrid system launched in 2013 during the 3rd plenum of the 18th Congress of the CCP, under the motto “to value sincerity and punish insincerity”.

For the State Council, the supreme government authority in China, what really mattered was to encourage behavior deemed responsible in the financial, economic and socio-political spheres, and sanction what is not. It’s all about trust. Beijing defines it as “a method of perfecting the socialist market economy system that improves social governance”.

The Chinese term – shehui xinyong – is totally lost in translation in the West. Way more complex than “social credit”, it’s more about  “trustworthiness”, in the sense of integrity. Instead of the pedestrian Western accusations of being an Orwellian system, priorities include the fight against fraud and corruption at the national, regional and local levels, violations of environmental rules, disrespect of food security norms.

Cybernetic management of social life is being seriously discussed in China since the 1980s. In fact, since the 1940s, as we see in Mao’s Little Red Book. It could be seen as inspired by the Maoist principle of “mass lines”, as in “start with the masses to come back to the masses: to amass the ideas of the masses (which are dispersed, non-systematic), concentrate them (in general ideas and systematic), then come back to the masses to diffuse and explain them, make sure the masses assimilate them and translate them into action, and verify in the action of the masses the pertinence of these ideas”.

The Age of Surveillance Capitalism when he finally reaches the core of his thesis, showing how digital platforms become “fiefdoms”: they live out of, and profit from, their vast “digital territory” peopled with data even as they lock in power over their services, which are deemed indispensable.

And just as in feudalism, fiefdoms dominate territory by attaching serfs. Masters made their living profiting from the social power derived from the exploitation of their domain, and that implied unlimited power over the serfs.

It all spells out total concentration. Silicon Valley stalwart Peter Thiel has always stressed the target of the digital entrepreneur is exactly to bypass competition. As quoted in Crashed: How a Decade of Financial Crises Changed the World, Thiel declared, “Capitalism and competition are antagonistic. Competition is for losers.”

So now we are facing not a mere clash between Silicon Valley capitalism and finance capital, but actually a new mode of production:

a turbo-capitalist survival as rentier capitalism, where Silicon giants take the place of estates, and also the State. That is the “techno-feudal” option, as defined by Durand.

Durand’s book is extremely relevant to show how the theoretical and political critique of the Digital Age is still rarified. There is no precise cartography of all those dodgy circuits of revenue extraction. No analysis of how do they profit from the financial casino – especially mega investment funds that facilitate hyper-concentration. Or how do they profit from the hardcore exploitation of workers in the gig economy.

The total concentration of the digital glebe is leading to a scenario, as Durand recalls, already dreamed up by Stuart Mill, where every land in a country belonged to a single master. Our generalized dependency on the digital masters seems to be “the cannibal future of liberalism in the age of algorithms”.

Is there a possible way out? The temptation is to go radical – a Blake/Burroughs crossover. We have to expand our scope of comprehension – and stop confusing the map (as shown in the Magna Carta) with the territory (our perception).

William Blake, in his proto-psychedelic visions, was all about liberation and subordination – depicting an authoritarian deity imposing conformity via a sort of source code of mass influence. Looks like a proto-analysis of the Digital Age.

William Burroughs conceptualized Control – an array of manipulations including mass media (he would be horrified by social media). To break down Control, we must be able to hack into and disrupt its core programs. Burroughs showed how all forms of Control must be rejected – and defeated: “Authority figures are seen for what they are:  dead empty masks manipulated by computers”.

Here’s our future: hackers or slaves.