After 50 Years, the Pentagon Papers Give Up Their Final Secrets

Journalist behind scoop reveals how he tricked whistleblower to get copies of explosive Vietnam War reports. 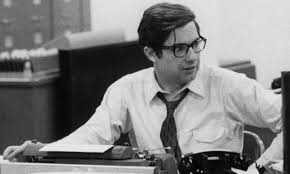 10 Jan 2021 – It is to many the greatest journalistic scoop in a generation – the publication of a 7,000-page government report that laid bare how successive US administrations had escalated the Vietnam war while concealing doubts that the action could ever be successful.

That report – the Pentagon Papers – was made public in 1971 by the New York Times over legal objections by the Nixon administration. But the manner in which the documents had been obtained by Times reporter Neil Sheehan has always been a mystery.

This week, a year after Sheehan’s death at 84, the Pulitzer prize-winning author’s account of how he obtained the report has finally come to light. Over a four-hour interview in 2015 that he instructed should not be published while he was alive, Sheehan recounted how he had defied Daniel Ellsberg, a former defence department analyst, who had allowed him to read – but not copy – documents Ellsberg had illicitly copied while working at the Rand Corporation.

Instead, Sheehan smuggled the papers out of a flat in Cambridge, Massachusetts, where Ellsberg had hidden them and took them to a copy-shop. He hid the duplicates in a bus-station locker initially.

“You had to do what I did,” Sheehan explained in an interview with the New York Times, describing Ellsberg as conflicted between releasing the documents and fearing for his liberty if he were revealed as their source. Ellsberg, Sheehan said, had repeatedly vacillated, knowing that if he turned them over, “he’d lose control.”

In his 2002 memoir, Secrets: A Memoir of Vietnam and the Pentagon Papers, Ellsberg wrote that he was unsure that the Times would publish the documents in full, as he had wanted. Sheehan said he believed Ellsberg was “totally conflicted”.

“I was quite upset when Ellsberg said, ‘You can read, take notes, but no copies,’” Sheehan recalled. “He didn’t realise that I had decided: ‘This guy is just impossible. You can’t leave it in his hands. It’s too important and it’s too dangerous.’”

“Xerox it,” he remembered his wife, Susan Sheehan, a writer for the New Yorker, advising him. While Ellsberg was away, leaving him with a key to the flat, the couple began their task, checking into separate hotels under aliases, making copies, hiding them in a bus terminal locker and one at Boston’s Logan airport.

Ultimately, as the paper was readying the story for publication, Sheehan said he returned to Ellsberg to ask for the documents. This time Ellsberg consented, which the reporter took as consent to publish. “This was an exercise in giving Ellsberg some warning – if he remembered what he’d told me – and a bit of conscience-salving on my part,” Sheehan recalled. “Maybe it’s hypocritical, but we were going to go to press, and I wanted to try to give him some kind of warning.”

Still, the papers’ publication took Ellsberg by surprise. After his cover was blown as the source, the two ran into each other. Ellsberg, Sheehan said, was “unhappy over the monumental duplicity”.

The Nixon administration, which had sought an injunction on further publication, understood the import of the story. “Out of the gobbledygook comes a very clear thing… You can’t trust the government; you can’t believe what they say; and you can’t rely on their judgment; and the implicit infallibility of presidents, which has been an accepted thing in America, is badly hurt by this,” White House chief of staff HR Haldeman told Nixon.

The administration lost the effort to prevent publication in a landmark ruling that is now seen as a cornerstone of press freedom. Nixon, however, went further in his campaign against the leaks and Ellsberg. White House staffers, under the supervision of John Ehrlichman, created a covert investigations unit, “the plumbers”, which would later lead to the Watergate burglaries and Nixon’s impeachment.

In his account, Sheehan said he’d never wanted to speak out about how he’d obtained the copies for fear of contradicting Ellsberg’s account of giving the papers or to embarrass the leaker with his reading of his state of mind.

Years later, Sheehan and Ellsberg reached an understanding. “So you stole it, like I did,” Sheehan recalled Ellsberg as saying. Sheehan said he responded that neither had stolen what was rightfully public property.

“I didn’t steal it. And neither did you. Those papers are the property of the people of the United States. They paid for them with their national treasure and the blood of their sons, and they have a right to it.”

Edward Helmore has been a reporter with The Observer since 1996 and the Guardian since 2010.