Dam Disaster in India: Over 200 Construction Workers and Villagers Trapped or Dead

By official estimates, the disaster trapped and killed more than 200 power plant workers and villagers in Joshimath in the state of Uttarakhand, near the Chinese and Tibetan borders in India’s Himalayan region. 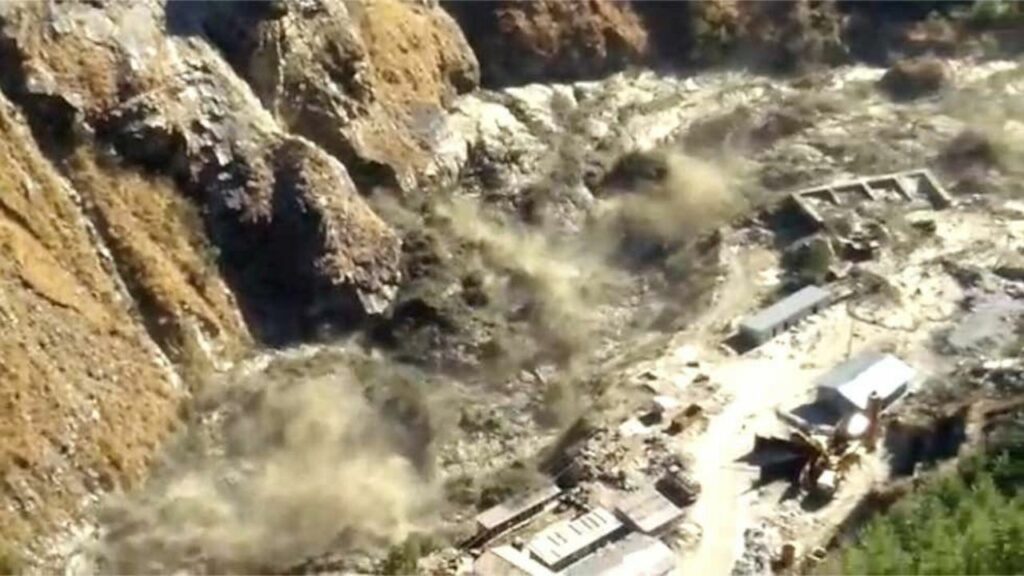 At the time of writing, 28 bodies had been found and another 197 people were officially missing. Rescue operations are underway to try to free around 39 construction workers trapped in a tunnel. To reach them, teams were drilling, around-the-clock, through a 12-foot high and 15-foot wide, 2.5 kilometre-long tunnel at the Tapovan Visnugad power plant site that is blocked with the debris and silt. Earlier, 16 workers were rescued from a comparatively shorter tunnel at the Rishiganga Hydroelectric Project.

Most of the victims are workers in power plants, dam sites and tunnels. The number has increased in the reports since the disaster and it could grow further in coming days. According to Uttarakhand police chief Ashok Kumar, more than 50 people working at the Rishiganga project are feared dead.

“There was a cloud of dust as the water went by. The ground shook like an earthquake,” a resident in the area told Al Jazeera. Another resident said: “It came very fast, there was no time to alert anyone.”

Floods washed away five bridges. One bridge in Raini village had connected 13 villages in Malari and Ghansali, which are presently cut off. According to the authorities, food supplies are to be dropped into these areas.

Sunday’s disaster was a result of various projects carried out in the area by successive governments, with total disregard for possible environmental hazards, in order to provide opportunities for big business investors. Having paved the way for such a disaster, the Indian ruling class is shedding crocodile tears for the victims. Prime Minister Narendra Modi of the Hindu supremacist Bharatiya Janatha Party (BJP) declared on Twitter: “India stands with Uttarakhand and the nation prays for everyone’s safety there.” 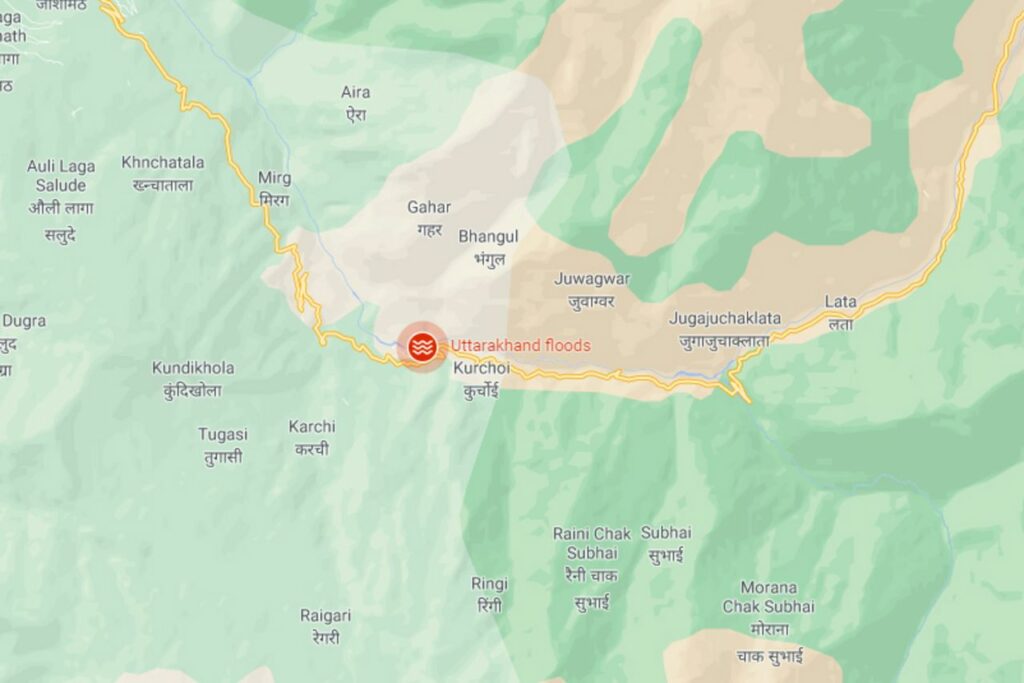 The magnitude of this disaster is linked to several hydroelectric projects. The Rishiganga plant (13.2 megawatt) was the first to face the brunt of the gushing waters and the debris from this plant hit other units downstream. These included the state-run Tapovan (520 MW) and Pipal Koti (4×111 MW) projects and the private Vishnuprayag (400 MW) project. Most of the casualties so far reported are from the Tapovan plant.

Indian governments have increasingly exploited this environmentally sensitive area as a resource frontier to generate corporate profits, overriding opposition from villagers over the resulting dangers.

In 2019, villagers of Raini petitioned the Uttarkhand high court against various environmental hazards emanating from “developmental” activities, including illegal stone quarrying on the Rishi Ganga riverbed and the blasting of mountains. Even though some of those allegations were proved to be true, authorities went ahead with the projects.

The upper regions of Uttarakhand already have 16 dams, with a further 13 under construction. Moreover, the state government has proposed another 54 dams. On the Dhauliganga river, eight new back-to-back hydro-electricity plants are proposed, in addition to the Tapovan project, which was badly damaged.

Many glaciers form part of India’s long northern border in the Himalayan region. Globally, glaciers are thawing. According to Sarah Das, an associate scientist at the Woods Hole Oceanographic Institute, “most mountain glaciers around the world were much larger in the past and have been melting and shrinking dramatically due to climate change and global warming.”

An article on the Wire quoted a 2018 policy brief from the Divecha Centre for Climate Change, Bengaluru, indicating that “the average temperature in the northwestern Himalayas has risen by 0.66º C since 1991—an increase much higher than the global average.” Also, scientists from the Snow and Avalanche Study Establishment in Chandigarh reported that winters in the northwestern Himalayas had been getting warmer and wetter for the past 25 years.

Research based on the study of 650 glaciers spanning 2,000 kilometres and published in the journal Science Advances in June 2019, showed that glacial melting had doubled since 2000 as compared to 1975-2000. According to this study, “following a more pronounced warming trend starting in the 1990s; from 2000 the loss accelerated to about half a metre annually.”

The present disaster has occurred less than a decade after a 2013 catastrophe in Uttarakhand, which was dubbed the “Himalayan tsunami.” In June that year, torrents of water, mud and rocks were unleashed, sweeping away homes, buildings, roads and bridges, and killing close to 6,000 people.

In 2018, Vimal Bhai of Matu Jan Sangathan, a Uttarakhand-based non-government organisation, told the media: “It has been five years since the devastating floods occurred but the conditions in Uttarakhand are as they were. The floodplains are being encroached; massive infrastructure projects, mainly large dams, are being carried out in the fragile Himalayan region in the name of development without learning any lessons from the past.”

Writing this week to the Wire, C.P. Rajendran, an adjunct professor in the National Institute of Advanced Studies said: “The Chamoli disaster is still evolving, and it will be many days, if not longer, before we know all the significant details. But there should be no doubt it’s a sign of our stupid developmental priorities and proves our inability to sustainably develop ecologically sensitive zones.”

More than a “natural” disaster, this latest tragedy is another indictment of the capitalist profit system and its disregard for working class lives and the planet’s environmental problems.