The Greater Danger of Israeli Provocations in Syria 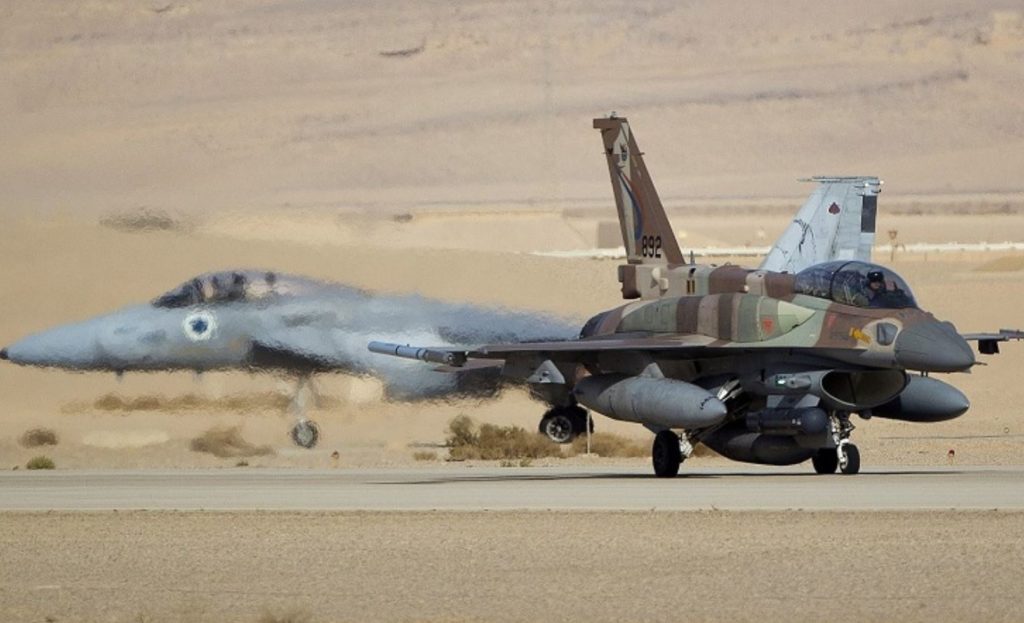 18 Feb 2021 – Continued airstrikes carried out by Israeli warplanes in Syria presents – at face value – an obvious and persistent threat to Syria. In a wider context, the threat runs much deeper and extends to Syria’s allies in Tehran.

Israel has been an eager participant in the US-led proxy war on Syria beginning in 2011. It has provided safe-haven and support for Western-backed militants along and within its borders. It has also at various junctures carried out airstrikes in Syria in a bid to impede Damascus’ ability to reestablish peace and stability within Syria’s borders.

And according to US policy papers written before and after the beginning of the 2011 proxy war against Syria – Washington had long ago slated Israel a role in undermining and aiding in the overthrow of the Syrian government – and admittedly as part of a wider strategy to isolate and eventually target Iran.

The most likely current goal is to continue ratcheting up tensions with Iran – a nation that has committed significant resources and manpower toward the goal of stabilizing Syria and ending the highly destructive conflict.

As tensions continue to rise across the region, Israel and its backers in Washington will likely seek a pretext for Israel to strike Iran directly – a plan US policymakers had devised as early as 2009 – in the hopes Iran would retaliate and provide a wider pretext still for the US itself to intervene.

US policymakers had noted that an Israeli-led first strike on Iran would be complicated by its problematic relationship with all the nations its warplanes would need to fly over in order to carry out the attack.

But recently – efforts have been underway to “repair” those relations, paving the way – or in this case – opening the skies for – the long-planned Israeli strikes.

Articles like The New York Times‘, “Morocco Joins List of Arab Nations to Begin Normalizing Relations With Israel,” would take note of this process and how nations like Morocco, Bahrain, Sudan, and the United Arab Emirates have all begun this process – and how these first few nations would help make it easier for others – like Saudi Arabia – to follow suit.

In reality – these nations have all been cooperative in abetting US foreign policy in the region – with animosity created merely for the purpose of managing public perception in each respective nation.

Folding Israel into Washington’s united front against Iran alongside Arab nations whose public rhetoric depicted Israel as a sworn enemy illustrates just how desperate Washington and its allies have become in their efforts to reassert themselves in the region.

A 1983 document – part of a deluge of recently declassified papers released to the public – signed by former CIA officer Graham Fuller titled, “Bringing Real Muscle to Bear Against Syria” (PDF), states (their emphasis):

Syria at present has a hammerlock on US interests both in Lebanon and in the Gulf — through closure of Iraq’s pipeline thereby threatening Iraqi internationalization of the [Iran-Iraq] war. The US should consider sharply escalating the pressures against Assad [Sr.] through covertly orchestrating simultaneous military threats against Syria from three border states hostile to Syria: Iraq, Israel and Turkey.

If Israel were to increase tensions against Syria simultaneously with an Iraqi initiative, the pressures on Assad would escalate rapidly. A Turkish move would psychologically press him further. In 2009, US corporate-financier funded policy think tank, the Brookings Institution, would publish a lengthy paper titled, “Which Path to Persia?: Options for a New American Strategy toward Iran” (PDF), in which, once again, the use of Israel as an apparently “unilateral aggressor” was discussed in detail.

A US policy paper describing planned Israeli aggression as part of a larger US-driven conspiracy to attack, undermine, and ultimately overthrow the Iranian state reveals there is nothing unilateral at all about Israel’s regional policy or its military operations.

In 2012, the Brookings Institution would publish another paper titled, “Saving Syria: Assessing Options for Regime Change” (PDF), which stated:

Some voices in Washington and Jerusalem are exploring whether Israel could contribute to coercing Syrian elites to remove Asad.

The report continues by explaining:

Israel could posture forces on or near the Golan Heights and, in so doing, might divert regime forces from suppressing the opposition. This posture may conjure fears in the Asad regime of a multi-front war, particularly if Turkey is willing to do the same on its border and if the Syrian opposition is being fed a steady diet of arms and training. Such a mobilization could perhaps persuade Syria’s military leadership to oust Asad in order to preserve itself.

Once again, the use of Israel as one of several regional provocateurs executing policy as part of a larger US-orchestrated conspiracy is openly discussed.

And it was a 2009 Brookings Institution paper titled, “Which Path to Persia? Options for a New American Strategy Toward Iran,” that would spell out the strategy of having Israel carry out attacks first, provoking a war the US could wade in later with a broader and more “acceptable” pretext to do so.

The paper would state specifically:

…the [Israeli] airstrikes themselves are really just the start of this policy. Again, the Iranians would doubtless rebuild their nuclear sites. They would probably retaliate against Israel, and they might retaliate against the United States, too (which might create a pretext for American airstrikes or even an invasion).

The strategy has added complexity to it – providing the US additional “plausible deniability” and making its “retaliation” against Iran appear both more “reluctant” and more “justified.”

It is clear that a strategy described in the 1980s, clearly carried out over the decades (and regardless of who occupies the White House) is still very much in play.

The US is helping open up the skies for this long-anticipated Israeli first strike through this current “normalization” of relations between Israel and nations it may potentially overfly to strike Iran or require assistance from in any resulting war.

Meanwhile, the US continues attempting to appear interested in returning to the “Iran Nuclear Deal” but is making no tangible efforts to actually do so. In fact, the US itself appears to be continuing a build-up for the above mentioned “retaliation” it hopes it or its allies can provoke in the region – and failing that – perhaps convincingly stage.

It is very much still a dangerous time for Iran as well as for peace and stability in the region.

Despite the superficial political change in Washington this year, this long-planned policy of aggressive regime change against Iran continues. The clearer the game the US and its allies are playing becomes to international audiences – the more difficult it will be for the US and its allies to continue playing it.