‘Most Couples May Have to Use Assisted Reproduction by 2045’

28 Mar 2021 -The professor of environmental medicine explains how chemicals in plastics are causing our fertility to decline – and what we can do about it. 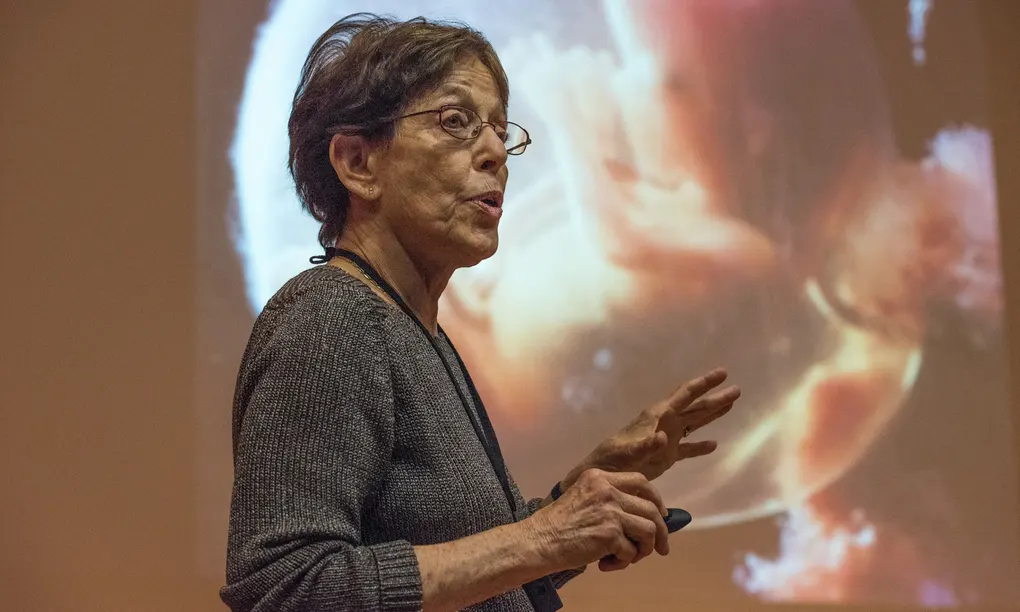 Shanna Swan: ‘In the US, most chemicals are assumed to be safe.’
Photograph: Roger Meissen, Bond Life Sciences Center

Shanna Swan is a professor of environmental medicine and public health at Mount Sinai school of medicine in New York City, studying fertility trends. In 2017 she documented how average sperm counts among western men have more than halved in the past 40 years. Count Down is her new book.

You’ve spent more than 20 years examining the effects of hormone disrupting chemicals on reproductive health. Are you now sounding the alarm?

I am directly speaking to this hidden problem people don’t like to talk about, which is their sub-fertility or reproductive problems, and how that is tied to the environment. People are recognising we have a reproductive health crisis, but they say it’s because of delayed childbearing, choice or lifestyle – it can’t be chemical. I want people to recognise it can. I am not saying other factors aren’t involved. But I am saying chemicals play a major causal role. It is difficult to use that word, “cause”, but it’s a body of evidence. We have mechanisms, animal studies, and multiple human studies.

Female fertility declines rapidly after about 35. Isn’t that why so many people are turning to IVF?

It’s not that simple. When a colleague and I looked at the change in impaired fecundity [the ability to have children] we were surprised to see younger women had experienced a bigger increase than older age groups. This suggests that something besides ageing and delayed childbearing is affecting fertility.

Moreover, there’s compelling evidence that the risk of miscarriage has been rising among women of all ages.

Which chemicals are the most worrying for reproductive health and how do they work?

Those that can interfere with or mimic the body’s sex hormones – such as testosterone and oestrogen – because these make reproduction possible. They can make the body think it has enough of a particular hormone and it doesn’t need to make any more, so production goes down.

Phthalates, used to make plastic soft and flexible, are of paramount concern. They are in everybody and we are probably primarily exposed through food as we use soft plastic in food manufacture, processing and packaging. They lower testosterone and so have the strongest influences on the male side, for example diminishing sperm count, though they are bad for women, too, shown to decrease libido and increase risk of early puberty, premature ovarian failure, miscarriage and premature birth.

Bisphenol A (BPA), used to harden plastic and found in cash-register receipts and the lining of some canned-food containers, is another. It is oestrogen mimicking and so is a particularly bad actor on the female side, increasing risks of fertility challenges, but likewise it can affect men. Men occupationally exposed to BPA have shown decreased sperm quality, reduced libido and higher rates of erectile dysfunction. Other chemicals of concern include flame retardants and certain pesticides such as atrazine.

When is the most damage done?

A lot of the exposure that causes these changes occurs in utero when the foetus is first forming. These rapidly dividing cells are the most sensitive. The hits then continue through childhood, adolescence and adulthood. There is a cumulative nature to this. And we can pass these effects on. The simplest way is by direct exposure. A female foetus, in utero, is growing the eggs that she will use to have her own children. These chemicals can make their way to those germ cells, too.

What is the anogenital distance (AGD) and why does it matter?
It is the distance from the anus to the genitals and it is usually far longer in males than females. It is a indicator of how much androgen [male sex hormones including testosterone] an infant was exposed to during early pregnancy. AGD is such an important marker of reproductive health and endocrine disruption – if we measured it for every infant, we would know something about their future fertility. Shorter AGDs in males and longer AGDs in females indicate less reproductive success.

To the extent possible, eat unprocessed foods, as this should reduce exposure through plastic.

You’ve used AGD to show phthalates cause low sperm count in men. How?

When I started looking at phthalates, around 2000, phthalate syndrome had been shown experimentally in rodents but not in humans. Mother rats given phthalates had male babies with a smaller penis and scrotum, their sperm counts were lower and their AGD was shorter. I ran a study where we measured the stored urine of pregnant women for phthalates and we measured their male babies’ and toddlers’ AGDs – a first – along with some other genital measurements. We found exactly what had been found in rodents: phthalate syndrome. I then did a study of college-age men, where we got them to give a semen sample and measured their AGD, and we showed that the shorter the AGD, the lower the sperm count. This is why I am confident: we have a direct link from phthalates to short AGD and then from short AGD to low sperm count, and those results have been confirmed by subsequent studies.

How dire is the reproductive crisis? You’ve said we are on course for an infertile world by 2045…

It is serious. If you follow the curve from the 2017 sperm-decline meta-analysis, it predicts that by 2045 we will have a median sperm count of zero. It is speculative to extrapolate, but there is also no evidence that it is tapering off. This means that most couples may have to use assisted reproduction.

Drugs are monitored for safety. What is the regulatory situation for these chemicals?

In the US, most chemicals have not been tested and are assumed to be safe. There has been better progress in Europe. Though imperfect, the EU’s Reach (Registration, Evaluation, Authorisation and Restriction of Chemicals) regulation was a big step forward. There are huge economic interests preventing tougher regulation.

What needs to happen?

The chemical industry must start producing chemicals that can be used in everyday products that are non-hormonally active. Regrettable substitution – where one harmful chemical is replaced by another untested one, which then turns out to have the same risks – must also stop. It has happened with different phthalates, BPA and flame retardants and it is unacceptable. And we need to test the chemicals we are currently using – and not just at high doses and not just one at a time, because we are being exposed to a large number.

Should we believe packaging that says BPA or phthalate free?

If it says “BPA free” it probably doesn’t have BPA. But notice that it doesn’t say bisphenol free so you could still be getting bisphenol S or F, which are regrettable substitutes. “Phthalate free” I would also be suspicious of. While it might be free of the old, well-known actors, it may not be free of newer ones. People should feel angry about potentially being tricked this way and press for change.

What should we be doing to cut down our exposure?

People of reproductive age, particularly those planning pregnancy or pregnant, should be aware that everything they bring into their home has the potential to contain these chemicals. To the extent possible, eat unprocessed foods – a bunch of carrots, potatoes that you cook yourself – as this should reduce exposure through plastic. Also, when cooking, don’t use Teflon or anything coated and don’t microwave in plastic. For personal care and household products use a minimum of simple products and try to avoid those that are scented; phthalates are added to hold scent. The non-profit Environmental Working Group has free consumer guides that give information about specific products.

Can we can turn things around?

I think we can. We have the ingenuity and the resources to do it. But we need a recognition of the problem and the will to change.

Count Down: How Our Modern World Is Threatening Sperm Counts, Altering Male and Female Reproductive Development, and Imperiling the Future of the Human Race by Shanna H Swan with Stacey Colino is published by Simon & Schuster

Zoë Corbyn is a freelance journalist who specialises in science, technology, research, higher education and ideas. She is based in San Francisco.