The Pattern inside the Pattern: Fractals, the Hidden Order beneath Chaos… 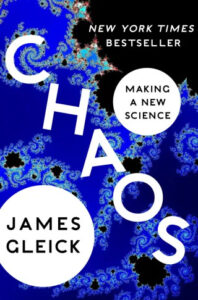 “In the mind’s eye, a fractal is a way of seeing infinity.”

I have learned that the lines we draw to contain the infinite end up excluding more than they enfold.

I have learned that most things in life are better and more beautiful not linear but fractal. Love especially.

In a testament to Aldous Huxley’s astute insight that “all great truths are obvious truths but not all obvious truths are great truths,” the polymathic mathematician Benoit Mandelbrot (November 20, 1924–October 14, 2010) observed in his most famous and most quietly radical sentence that “clouds are not spheres, mountains are not cones, coastlines are not circles, and bark is not smooth, nor does lightning travel in a straight line.”

An obvious truth a child could tell you.

A great truth that would throw millennia of science into a fitful frenzy, sprung from a mind that dismantled the mansion of mathematics with an outsider’s tools.

A self-described “nomad-by-choice” and “pioneer-by-necessity,” Mandelbrot believed that “the rare scholars who are nomads-by–choice are essential to the intellectual welfare of the settled disciplines.” He lived the proof with his discovery of a patterned order underlying a great many apparent irregularities in nature — a sweeping symmetry of nested self-similarities repeated recursively in what may at first read as chaos.

The revolutionary insight he arrived at while studying cotton prices in 1962 became the unremitting vector of revelation a lifetime long and aimed at infinity, beamed with equal power of illumination at everything from the geometry of broccoli florets and tree branches to the behavior of earthquakes and economic markets.

Mandelbrot needed a word for his discovery — for this staggering new geometry with its dazzling shapes and its dazzling perturbations of the basic intuitions of the human mind, this elegy for order composed in the new mathematical language of chaos. One winter afternoon in his early fifties, leafing through his son’s Latin dictionary, he paused at fractus — the adjective from the verb frangere, “to break.” Having survived his own early life as a Jewish refugee in Europe by metabolizing languages — his native Lithuanian, then French when his family fled to France, then English as he began his life in science — he recognized immediately the word’s echoes in the English fracture and fraction, concepts that resonated with the nature of his jagged self-replicating geometries. Out of the dead language of classical science he sculpted the vocabulary of a new sensemaking model for the living world. The word fractal was born — binominal and bilingual, both adjective and noun, the same in English and in French — and all the universe was new.

In his essay for artist Katie Holten’s lovely anthology of art and science, About Trees (public library) — trees being perhaps the most tangible and most enchanting manifestation of fractals in nature — the poetic science historian James Gleick reflects on Mandelbrot’s titanic legacy: 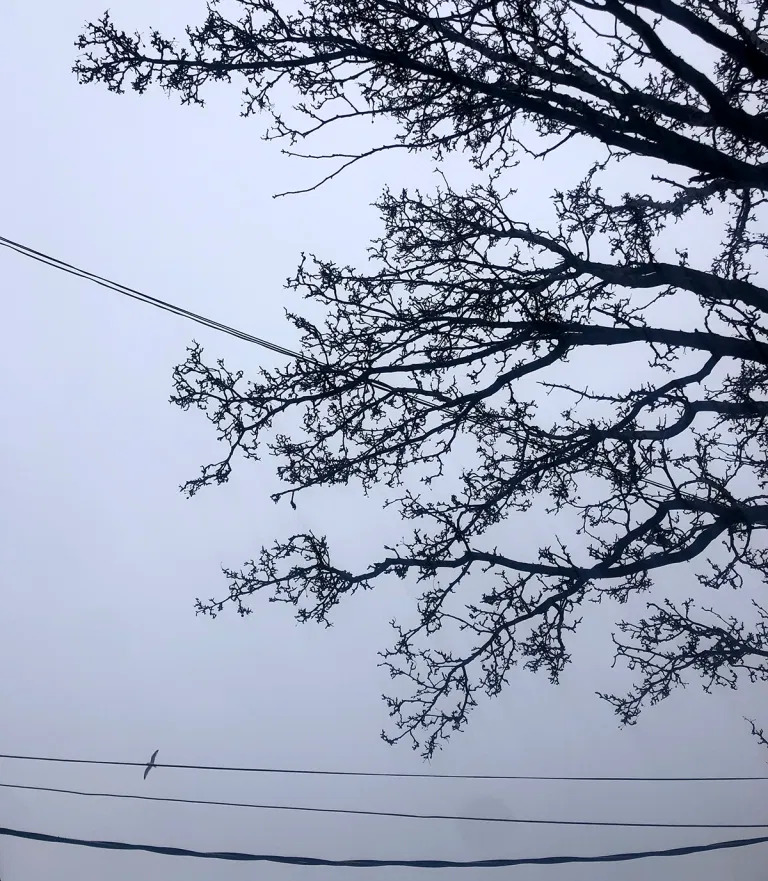 Fractal Flight by Maria Popova. Available as a print.

Mandelbrot created nothing less than a new geometry, to stand side by side with Euclid’s — a geometry to mirror not the ideal forms of thought but the real complexity of nature. He was a mathematician who was never welcomed into the fraternity… and he pretended that was fine with him… In various incarnations he taught physiology and economics. He was a nonphysicist who won the Wolf Prize in physics. The labels didn’t matter. He turns out to have belonged to the select handful of twentieth century scientists who upended, as if by flipping a switch, the way we see the world we live in.

He was the one who let us appreciate chaos in all its glory, the noisy, the wayward and the freakish, form the very small to the very large. He gave the new field of study he invented a fittingly recondite name: “fractal geometry.”

It was Gleick who, in his epoch-making 1980 book Chaos: The Making of a New Science (public library), did for the notion of fractals what Rachel Carson did for the notion of ecology, embedding it in the popular imagination both as a scientific concept and as a sensemaking mechanism for reality, lush with material for metaphors that now live in every copse of culture.

He writes of Mandelbrot’s breakthrough:

Over and over again, the world displays a regular irregularity.

In the mind’s eye, a fractal is a way of seeing infinity.

Imagine a triangle, each of its sides one foot long. Now imagine a certain transformation — a particular, well-defined, easily repeated set of rules. Take the middle one-third of each side and attach a new triangle, identical in shape but one-third the size. The result is a star of David. Instead of three one-foot segments, the outline of this shape is now twelve four-inch segments. Instead of three points, there are six.

As you incline toward infinity and repeat this transformation over and over, adhering smaller and smaller triangles onto smaller and smaller sides, the shape becomes more and more detailed, looking more and more like the contour of an intricate perfect snowflake — but one with astonishing and mesmerizing features: a continuous contour that never intersects itself as its length increases with each recursive addition while the area bounded by it remains almost unchanged.

If the curve were ironed out into a straight Euclidean line, its vector would reach toward the edge of the universe.

It thrills and troubles the mind to bend itself around this concept. Fractals disquieted even mathematicians. But they described a dizzying array of objects and phenomena in the real world, from clouds to capital to cauliflower.

It took an unusual mind shaped by unusual experience — a common experience navigated by uncommon pathways — to arrive at this strange revolution. Gleick writes:

Benoit Mandelbrot is best understood as a refugee. He was born in Warsaw in 1924 to a Lithuanian Jewish family, his father a clothing wholesaler, his mother a dentist. Alert to geopolitical reality, the family moved to Paris in 1936, drawn in part by the presence of Mandelbrot’s uncle, Szolem Mandelbrojt, a mathematician. When the war came, the family stayed just ahead of the Nazis once again, abandoning everything but a few suitcases and joining the stream of refugees who clogged the roads south from Paris. They finally reached the town of Tulle.

For a while Benoit went around as an apprentice toolmaker, dangerously conspicuous by his height and his educated background. It was a time of unforgettable sights and fears, yet later he recalled little personal hardship, remembering instead the times he was befriended in Tulle and elsewhere by schoolteachers, some of them distinguished scholars, themselves stranded by the war. In all, his schooling was irregular and discontinuous. He claimed never to have learned the alphabet or, more significantly, multiplication tables past the fives. Still, he had a gift.

When Paris was liberated, he took and passed the month-long oral and written admissions examination for École Normale and École Polytechnique, despite his lack of preparation. Among other elements, the test had a vestigial examination in drawing, and Mandelbrot discovered a latent facility for copying the Venus de Milo. On the mathematical sections of the test — exercises in formal algebra and integrated analysis — he managed to hide his lack of training with the help of his geometrical intuition. He had realized that, given an analytic problem, he could almost always think of it in terms of some shape in his mind. Given a shape, he could find ways of transforming it, altering its symmetries, making it more harmonious. Often his transformations led directly to a solution of the analogous problem. In physics and chemistry, where he could not apply geometry, he got poor grades. But in mathematics, questions he could never have answered using proper techniques melted away in the face of his manipulations of shapes.

At the heart of Mandelbrot’s mathematical revolution, this exquisite plaything of the mind, is the idea of self-similarity — a fractal curve looks exactly the same as you zoom all the way out and all the way in, across all available scales of magnification. Gleick descirbes the nested recursion of self-similarity as “symmetry across scale,” “pattern inside of a pattern.” In his altogether splendid Chaos, he goes on to elucidate how the Mandelbrot set, considered by many the most complex object in mathematics, became “a kind of public emblem for chaos,” confounding our most elemental ideas about simplicity and complexity, and sculpting from that pliant confusion a whole new model of the world.

Couple with the story of the Hungarian teenager who bent Euclid and equipped Einstein with the building blocks of relativity, then revisit Gleick on time travel and his beautiful reading of and reflection on Elizabeth Bishop’s ode to the nature of knowledge.