On Anniversary of MLK’s Death, His Words Are ‘More Relevant’ than Ever, His Son Says

Martin Luther King Jr. was assassinated on April 4, 1968. Five decades later, his family says in a new video, he can help “guide humanity in the right direction.” 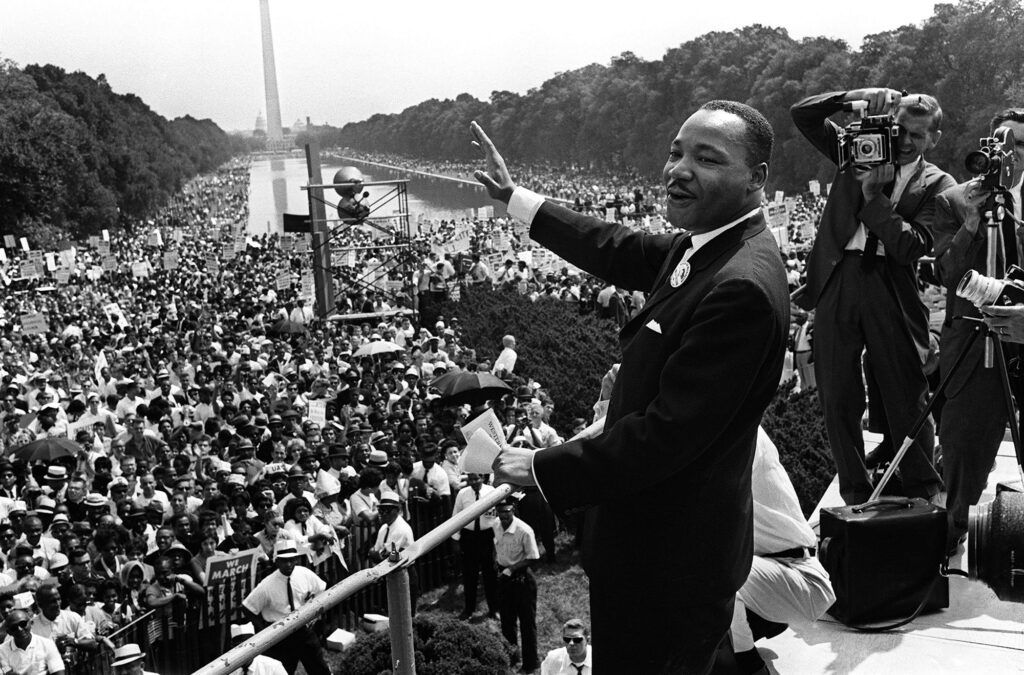 Martin Luther King Jr. waves from the steps of the Lincoln Memorial to supporters during the ‘March on Washington’ on Aug. 28, 1963. AFP – Getty Images file

4 Apr 2020 –In “times of challenge,” Martin Luther King Jr. didn’t back down, his family says. It’s a lesson that still resonates as they remember the slain civil rights leader’s legacy Saturday in a video message.

King, who was assassinated 52 years ago while standing on the balcony of a Memphis, Tennessee, motel, was an outspoken opponent of poverty, racism and militarism, and believed that fighting against those “evils” would provide a “beloved community” for all.

“Perhaps this was an ambitious dream, something nearly impossible,” Martin Luther King III, the eldest son of King and his wife, Coretta Scott King, says in the video. “But nonetheless, it was a blueprint designed to guide humanity in the right direction.”

King III filmed the video with his wife, Arndrea, and their daughter, Yolanda Renee, at the United Nations this year.

The New York landmark is where his father presented a formal note of protest against the Vietnam War in April 1967, a year before he was killed at the age of 39.

“My grandfather and grandmother devoted their lives to creating the beloved community,” Yolanda, 11, says in the video. “But today, more than 700 million people still live in extreme poverty, surviving on less than $2 a day. That’s 10 percent of the world’s population, and many who are hurting are children like me. That is an injustice.”

The family adds that while it “feels like our country is coming apart at the seams,” issues such as voter suppression, police brutality and immigration can’t be forgotten in 2020, an election year, and urged Americans to vote. 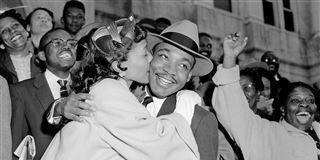 The anniversary of King’s assassination follows the death of another civil rights icon a week ago, the Rev. Joseph E. Lowery, who co-founded the Southern Christian Leadership Conference with King in 1957. Lowery was 98.

While the video was recorded before the global coronavirus pandemic roiled large sectors of the American economy, King III told NBC News that people should find comfort in his father’s words, which are “more relevant now than they’ve ever been.”

“During this crisis, I am especially reminded of when he shared: ‘We are caught in an inescapable network of mutuality, tied in a single garment of destiny. Whatever affects one directly, affects all indirectly,'” King III said, citing his father’s 1963 “Letter From a Birmingham Jail.”

“I believe that if he were alive today, he would be encouraging all of us, in order to defeat this virus, to work together in ways we have never done before,” he added