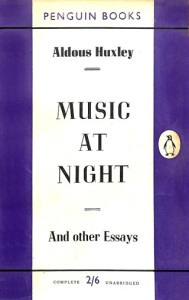 “After silence that which comes nearest to expressing the inexpressible is music.”

“Without music life would be a mistake,” Nietzsche proclaimed in 1889. But although a great many beloved writers have extolled the power of music with varying degrees of Nietzsche’s bombast, no one has captured its singular enchantment more beautifully than Aldous Huxley (July, 26 1894–November 22, 1963). In his mid-thirties — just before the publication of Brave New World catapulted him into literary celebrity and a quarter century before his insightful writings about art and artists and his transcendent experience with hallucinogenic drugs — Huxley came to contemplate the mysterious transcendence at the heart of this most spiritually resonant of the arts. His meditations were eventually published as the 1931 treasure Music at Night and Other Essays (public library).

In a magnificent essay titled “The Rest Is Silence” — which inspired the title of Alex Ross’s modern masterwork The Rest Is Noise — Huxley writes:

From pure sensation to the intuition of beauty, from pleasure and pain to love and the mystical ecstasy and death — all the things that are fundamental, all the things that, to the human spirit, are most profoundly significant, can only be experienced, not expressed. The rest is always and everywhere silence.

After silence that which comes nearest to expressing the inexpressible is music.

In a parenthetical observation that calls to mind Susan Sontag on the aesthetics of silence, Huxley adds:

Silence is an integral part of all good music. Compared with Beethoven’s or Mozart’s, the ceaseless torrent of Wagner’s music is very poor in silence. Perhaps that is one of the reasons why it seems so much less significant than theirs. It “says” less because it is always speaking.

In a different mode, or another plane of being, music is the equivalent of some of man’s most significant and most inexpressible experiences. By mysterious analogy it evokes in the mind of the listener, sometimes the phantom of these experiences, sometimes even the experiences themselves in their full force of life — it is a question of intensity; the phantom is dim, the reality, near and burning. Music may call up either; it is chance or providence which decides. The intermittences of the heart are subject to no known law.

Listening to expressive music, we have, not of course the artist’s original experience (which is quite beyond us, for grapes do not grow on thistles), but the best experience in its kind of which our nature is capable — a better and completer experience than in fact we ever had before listening to the music.

But the most complete experience of all, the only one superior to music, is silence:

When the inexpressible had to be expressed, Shakespeare laid down his pen and called for music. And if the music should also fail? Well, there was always silence to fall back on. For always, always and everywhere, the rest is silence. 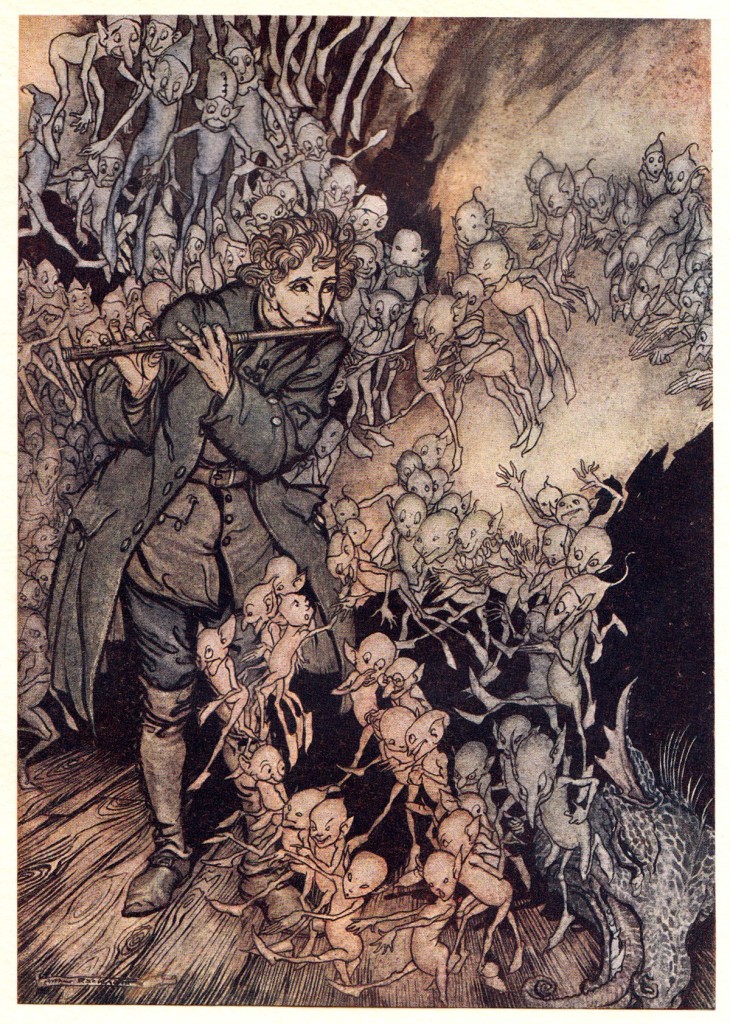 In a different piece from the same collection, the uncommonly breathtaking title essay “Music at Night,” Huxley revisits the subject of humanity’s most powerful medium of expression:

Moonless, this June night is all the more alive with stars. Its darkness is perfumed with faint gusts from the blossoming lime trees, with the smell of wetted earth and the invisible greenness of the vines. There is silence; but a silence that breathes with the soft breathing of the sea and, in the thin shrill noise of a cricket, insistently, incessantly harps on the fact of its own deep perfection. Far away, the passage of a train is like a long caress, moving gently, with an inexorable gentleness, across the warm living body of the night.

Suddenly, by some miraculously appropriate confidence (for I had selected the record in the dark, without knowing what music the machine would play), suddenly the introduction to the Benedictus in Beethoven’s Missa Solemnis begins to trace patterns on the moonless sky.

“Blessedness is within us all,” Patti Smith wrote in her beautiful elegy for her soul mate, and it is the revelation of this blessedness that Huxley celebrates as music’s highest power:

There is, at least there sometimes seems to be, a certain blessedness lying at the heart of things, a mysterious blessedness, of whose existence occasional accidents or providences (for me, this night is one of them) make us obscurely, or it may be intensely, but always fleetingly, alas, always only for a few brief moments aware. In the Benedictus Beethoven gives expression to this awareness of blessedness. His music is the equivalent of this Mediterranean night, or rather of the blessedness at the heart of the night, of the blessedness as it would be if it could be sifted clear of irrelevance and accident, refined and separated out into its quintessential purity.

I think immediately of Saul Bellow’s spectacular Nobel Prize acceptance speech, in which he asserted: “Only art penetrates … the seeming realities of this world. There is another reality, the genuine one, which we lose sight of. This other reality is always sending us hints, which without art, we can’t receive.” For Huxley, no art swings open the gates of reception more powerfully than music — but the language in which it communicates to us that hidden, genuine reality is untranslatable into our ordinary language:

Music “says” things about the world, but in specifically musical terms. Any attempt to reproduce these musical statements “in our own words” is necessarily doomed to failure. We cannot isolate the truth contained in a piece of music; for it is a beauty-truth and inseparable from its partner. The best we can do is to indicate in the most general terms the nature of the musical beauty-truth under consideration and to refer curious truth-seekers to the original. Thus, the introduction to the Benedictus in the Missa Solemnis is a statement about the blessedness that is at the heart of things. But this is about as far as “our words” will take us. If we were to start describing in our “own words” exactly what Beethoven felt about this blessedness, how he conceived it, what he thought its nature to be, we should very soon find ourselves writing lyrical nonsense… Only music, and only Beethoven’s music, and only this particular music of Beethoven, can tell us with any precision what Beethoven’s conception of the blessedness at the heart of things actually was. If we want to know, we must listen — on a still June night, by preference, with the breathing of the invisible sea for background to the music and the scent of lime trees drifting through the darkness, like some exquisite soft harmony apprehended by another sense.

Although Music at Night and Other Essays belongs in the sad cemetery of life-giving books that have perished out of print, used copies are still findable and very much worth finding. Complement this particular portion with Henry Beston’s exquisite love letter to nighttime, then revisit Huxley on the two types of truth artists must reconcile, how we become who we are, and his little-known children’s book, then revisit other notable reflections on the power of music.