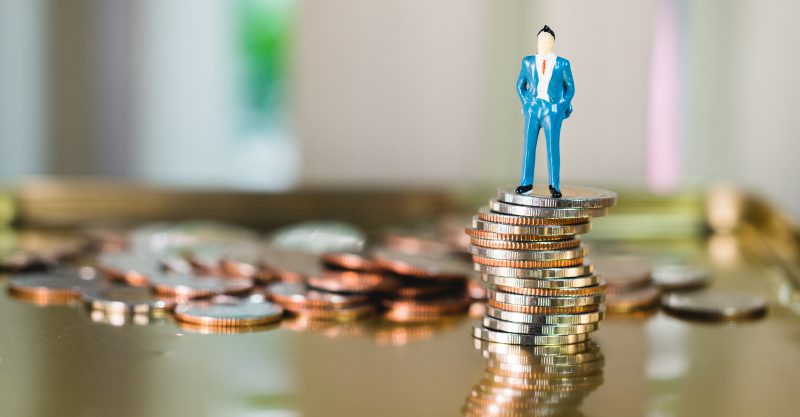 12 May 2021 – As pharmaceutical companies make billions from COVID vaccines and reassure investors that plans are underway for boosters and annual shots, CEOs of Pfizer, Moderna, AstraZeneca and Johnson and Johnson (J&J) are pocketing millions with massive compensation packages and questionable stock sales.

By the fourth quarter, Gal and his team project industrywide COVID vaccine revenues reaching more than $18 billion per quarter. The Pfizer-BioNTech and Moderna shots will account for roughly $11 billion of that amount with the remaining revenue split equally between J&J, AstraZeneca and Novavax, Fierce Pharma reported.

Pfizer’s first quarter revenue report released May 4 showed $3.5 billion in revenue generated during the first three months of this year by the company’s COVID vaccine — making it the biggest source of Pfizer’s revenue. The company now anticipates revenue of $26 billion for its COVID vaccine, up from its previous estimate of $15 billion.

According to U.S. Securities and Exchange Commission (SEC) filings, from the beginning of September through November 15, 2020, executives and directors at Pfizer, Moderna, Novavax and Emergent, who received government COVID vaccine funding, made stock transactions valued at a net profit of more than $105 million.

In February, Accountable.US sent letters to Pfizer, Emergent and Moderna calling for the release of the 10b5 automatic trading plans used by top executives who made millions of dollars dumping company stock and requested CEOs freeze sales until the SEC could investigate and release updated guidance regarding automatic trading plans for companies receiving taxpayer funding and advance purchase guarantees.

Moderna entered 2020 as a clinical-stage biotech company with a focus on messenger RNA technology. Now the company is one of three with an authorized COVID vaccine that could land them among the top vaccine players by revenue this year, CEO Stéphane Bancel said in January.

Bancel is 665 on Forbes’ annual list of the world’s richest people in 2021 and ninth on Becker’s Hospital Review of 35 billionaires in U.S. healthcare. Bancel’s net worth is $5.5 billion.

The total is far below what Bancel reported for 2018, after the company’s $604 million public offering. That year, the CEO’s pay package amounted to $58.6 million, making him one of highest-paid biopharma CEOs that year.

As Moderna continues to negotiate deals for its shot, it’s “not impossible” that the company’s 2021 sales could eclipse “the entire revenue of one of the four big vaccine companies,” Bancel said. The company “might be one of the top four, top three,” vaccine companies this year, he added.

In 2020, Bancel came under fire when he tripled the number of company shares to be sold through an executive stock plan that was changed just days after the company announced positive early results for its COVID vaccine.

The Moderna CEO sold more than 72,000 Moderna shares in July 2020, generating nearly $4.8 million. That was more than triple the 22,000 shares he had previously scheduled to sell during the same period through the company’s executive trading plan.

In the past month alone, Bancel has sold more than 79,000 shares of Moderna stock, with his most recent sale generating $2.5 million.

Moderna co-founder and chairman Noubar Afeyan has also cashed in on Moderna’s soaring stock price, selling more than $1.5 billion in shares since the World Health Organization declared a pandemic on March 11, 2020.

According to news sources, multiple top executives at Moderna adopted or modified their stock-trading plans just before key announcements about the company’s vaccine selling tens of millions of dollars in Moderna stock — even before the company had completed its vaccine trials.

“Once again, drug company executives have been caught playing games with their stock options,” Kyle Herrig, who heads the government watchdog group Accountable.US, said in an email to CBS MoneyWatch.

Although no insider trading was alleged, the fact that the plans were changed during the pandemic as news was emerging about the company’s closely watched vaccine raised questions about how Moderna executives pocketed millions of dollars in early months of the pandemic.

Pfizer paid chairman and CEO Albert Bourla $21 million in total compensation in 2020 — a 17% increase from his compensation in 2019 — as the pharmaceutical giant became the first to gain Emergency Use Authorization for a COVID vaccine, Bloomberg reported.

Bourla’s compensation package included a salary of $1.65 million, cash incentive pay of $5.49 million and long-term incentive awards worth $14 million in the form of Pfizer options that vest over time.

When Albert Bourla officially took over as Pfizer CEO at the beginning of 2019, his total compensation jumped 82% to $17.5 million from the $9.85 million he made as Pfizer’s COO.

In November 2020, Bourla faced criticism when he sold $5.6 million worth of stock in Pfizer on the same day the pharmaceutical company announced its experimental COVID vaccine was found to be more than 90% effective, prompting stocks to sore.

Bourla sold the stock as part of a controversial 10b5-1 stock-trading plan designed to shield corporate executives from allegations of illegal insider trading. Executives are supposed to adopt these plans only when they are not in possession of inside information that can affect a company’s stock price. The timing of the sale, however, raised questions about what the Pfizer CEO knew and when, NPR reported.

On Aug. 19, 2020 Bourla enacted his stock-trading plan, according to a disclosure to the SEC. The next day Pfizer issued a press release featuring “additional Phase 1 safety and immunogenicity data” and confirmed that Pfizer and its German partner, BioNTech, were “on track to seek regulatory review” for its vaccine candidate by October.

Daniel Taylor, an expert in insider trading and an associate professor of accounting at the University of Pennsylvania, closely monitored stock trades by executives at companies developing COVID vaccines. Taylor said the close timing between the adoption of Bourla’s stock plan and the press release looked “very suspicious.”

“It’s wholly inappropriate for executives at pharmaceutical companies to be implementing or modifying 10b5-1 plans the business day before they announce data or results from drug trials,” Taylor told NPR.

Now the second most lucrative drug in the world, Pfizer received a total of $2.5 billion in public funding for its COVID vaccine.

This was a 17% increase from the previous year and 365 times the company’s median annual employee pay of $81,000, according to International Shareholder Services (ISS) estimates.

Gorsky came under fire earlier last month after it was reported the company increased his salary and excluded from its calculation of stock awards roughly $9 billion tied to the company’s role in the nation’s opioid crisis and for litigation involving asbestos in its talc baby powder that caused cancer.

Officials in Illinois said it was unfair to exclude the billions of dollars the pharmaceutical company paid to settle legal claims related to its role in the opioid epidemic.

Each year As You Sow, a nonprofit that promotes shareholder advocacy on inequality, the environment and other issues, publishes a report on the “100 Most Overpaid CEOs” that analyzes the amount of pay that should be expected with performance, actual CEO pay, amount of overpay and percentage of excess pay. The results are calculated by HIP Investor, which analyzes CEO pay amounts to company financial performance.

“I think [Gorsky’s] pay was excessive,” said Rosanna Landis Weaver, CEO program manager at As You Sow. “You have to treat one-off events whether they are positive or negative in the same way. He’s going to want credit for the extraordinarily good things that happen, like developing a COVID-19 vaccine, but that means he should also get a penalty for the extraordinarily bad things that happen as well.”

Gorsky became CEO in 2012, and was at the helm of J&J during the opioid crisis, which claimed nearly 500,000 lives in the U.S. between 1999 and 2019, according to the Centers for Disease Control and Prevention.

He was also CEO when the company was hit with an $8 billion jury verdict over Risperdal and was forced to pay $2.2 billion for off-label marketing and kickbacks to doctors and pharmacists.

J&J received $456 million in federal funding for vaccine research and development and more than $1 billion to expand manufacturing through Emergent BioSolutions in 2020.

AstraZeneca is facing scrutiny after plans were revealed to award its CEO, Pascal Soriot, a large increase in bonuses despite the vaccine being linked to numerous cases of blood clots, some of which resulted in death, and litigation over COVID supply shortages and losses during the first quarter.

Soriot has earned approximately £86m during his tenure at the helm of AstraZeneca since 2012. Under plans detailed in the company’s annual report, Soriot’s basic pay is due to increase from £1.289m to £1.327m, while his variable share-based award will rise from 550% of basic pay to 650%, signalling a payout worth up to £6.5m. His maximum cash bonus is slated to rise from 200% of salary to 250%, adding a further £3.3m.

The U.S. investor advisory groups ISS and Glass Lewis, as well as UK counterpart Pirc, urged investors to vote against the pay policy.

The Investment Association on Monday became the latest city shareholders’ group to put the company on notice of a potential revolt over its pay proposals, The Guardian reported. It issued an “amber top” warning — the second most severe in a traffic light system of alerts about corporate governance.

White said the pride of how AstraZeneca’s leadership handled the pandemic is tarnished by “proposals to once again escalate executive pay to heights rarely seen in the UK” and encouraged others to vigorously oppose proposals that will damage the company’s reputation.

“We will vigorously oppose these proposals and call upon the AstraZeneca remuneration committee to think again given this will surely damage the company’s reputation at a time when we should be focused solely on its achievements,” White said.

On Tuesday, AstraZeneca won approval for its CEO pay package, which required support from shareholders holding more than 50% of the firm’s stock. Investors owning almost 40% shares opposed it.