7 May 2021 – Over the past year, the global financial system, above all Wall Street, has been in the grip of a speculative mania, the like of which has never been seen before in economic history. Two questions therefore immediately arise: how has this situation come about and what are its implications?

In March 2020, as the COVID-19 pandemic began to make its effects felt and workers undertook wildcat strikes and walkouts to demand health measures to protect their lives and those of their families, the financial markets plunged. 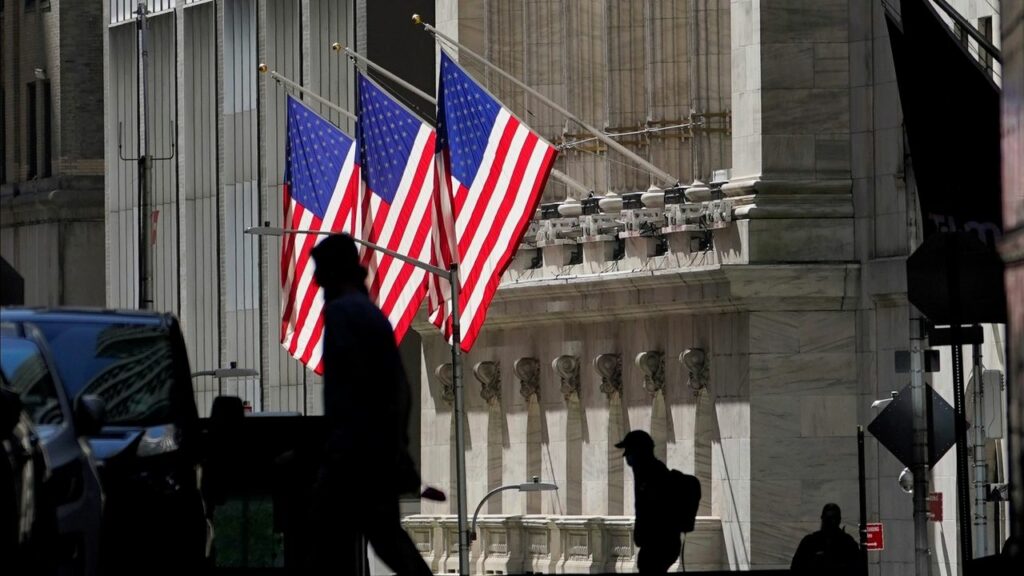 Wall Street was concerned that any effective health measures to contain the spread of the pandemic would result in a collapse in the bloated price of financial assets, above all stocks, that had been boosted by the trillions of dollars poured into the financial system by the US Federal Reserve and other central banks following the crash of 2008.

The US government and the Fed rode once again to the rescue of Wall Street. The Trump administration organised a multi-billion-dollar bailout of the corporations under the CARES Act while the Fed stepped in to provide trillions of dollars of support for all areas of the financial system, including for the first time the purchase of stocks.

Wall Street’s main stock index, the S&P 500, has risen by some 88 percent since its March 2020 lows, reaching record highs on multiple occasions throughout the past year. Margin debt, used to finance the speculation in shares, has reached record levels, and the yield on the lowest-rated corporate junk bonds—barely one step away from default—has fallen to historic lows.

But the most egregious expression of the speculation has been the rise of the cryptocurrency market. Over the past year the most prominent cryptocurrency, Bitcoin, has risen by 600 percent, rising from about $7,000 per bitcoin to $54,000, reaching a high of $65,000 in the middle of last month.

Last month Coinbase, a trading exchange for cryptocurrencies, launched itself on Wall Street with a floatation that put its market value at $85 billion, compared to its valuation of $8 billion in 2018, exceeding that of some of the world’s major banks and the valuation of the NASDAQ exchange on which it was launched.

However, in recent days, even the level of bitcoin speculation has been put in the shade by another cryptocurrency, Dogecoin.

It was created in 2013 as a joke. Whereas the promoters of Bitcoin insist that it has some intrinsic value because it may be used to organise financial transactions without the intervention of a bank or some other third party via a blockchain ledger system, no such claims are made for Dogecoin.

Despite being worthless, Dogecoin has risen in price 11,000 percent this year alone. This week its market value reached $87 billion compared to $315 million a year ago. And as one cryptocurrency enjoys a rapid rise, speculators start a search for the next “big thing.”

The Dogecoin phenomenon is not an isolated event. It seems to be an expression of what could be described as a new operating principle in the world of speculation—the more worthless the so-called asset, the higher its price.

A little sandwich shop in Paulsboro, New Jersey, with sales of just $13,976, has made financial news after it was revealed that its parent company, Hometown International, achieved a market valuation of $100 million last month. Two of its biggest shareholders are Duke and Vanderbilt universities.

The rise of Dogecoin also reveals the high-level intervention of hedge funds and other financial institutions seeking to take advantage of its price momentum.

Then there is the case of non-fungible tokens (NFTs). These are images of pieces of art, a sports photo, or even a tweet—the first ever tweet issued by Twitter founder Jack Dorsey was sold as an NFT for $2.9 million—that are stored on a blockchain ledger. They are like a collector’s item but are not stored physically but digitally.

In the last year, as COVID-19 brought untold pain, suffering and economic distress for billions of the world’s people, the combined wealth of the global billionaires rose by 60 percent, from $8 trillion to $13.1 trillion. The number of billionaires rose by 660 to 2,775—the highest rate of increase and the largest number ever.

In the US, Amazon CEO Jeff Bezos and Tesla CEO Elon Musk have wealth of $177 billion and $151 billion respectively.

The speculative frenzy has extended into the broader economy. The prices of major industrial commodities, such as steel, lumber, copper, and soybeans, which feed into inflation for workers and consumers, are rapidly rising.

But the financial authorities, having created this frenzy by the endless outflow of cheap money since the crash of 2008 and the near collapse of March 2020, are caught in a trap of their own making. They fear that any move to try to bring it under control, with even a slight tightening of the financial spigots, will set off a financial crisis.

The extreme nervousness over such an outcome was revealed earlier this week when US Treasury Secretary Janet Yellen, a former Fed chief, raised the prospect that the central bank may have to tighten interest rates at some point. Almost immediately, fearing market reaction, she walked back the comment saying she was neither advocating nor predicting a rise in rates.

The incident has cast a revealing light on one of the most significant developments in the US—the open advocacy of unionisation of the workforce by the Biden administration.

The administration is fearful that the pent-up anger in the working class over the pandemic and the enrichment of the financial oligarchy at the expense of hundreds of thousands of lives, will be further fuelled by the escalation of inflation, leading to an uncontrolled eruption of the class struggle that will come into headlong conflict with the institutions of the capitalist state.

In times past, the Fed would have moved to contain such an upsurge by lifting interest rates and inducing a recession. But that road is now fraught with danger because even a relatively small increase threatens to bring down the speculative financial house of cards.

Hence the Biden administration has moved to set up a state-sponsored industrial police force, based on the trade unions, to carry out an organised suppression of the working class in the interests of finance capital.

The rampant speculation of the past year and the accelerated siphoning of wealth to the upper levels of society amid death and economic devastation must be the occasion for the drawing up by the working class of a balance sheet of the experiences through which it has passed.

There is no prospect for reform of the present capitalist socio-economic order towards meeting social need—the illusion peddled by the Democrats and their ardent supporters in the pseudo-left organisations. The past year has demonstrated that everything in society—including the very right to life itself—is subordinated to the insatiable demands of finance capital.

The present speculative bubble, like all others before it, is destined to burst. The financial oligarchs have already prepared their exit plans and golden parachutes as they have done in the past. The working class, however, has no escape. The collapse will bring an even greater economic disaster on top of what has already taken place.

The only viable, realistic solution to the terminal disease that has gripped the capitalist socio-economic order is the fight for a socialist program to wrest the commanding heights of the economy and its financial system out of the hands of the present-day ruling class and begin the economic reconstruction of society to meet social needs.