Ten Years Since WikiLeaks and Assange Published the Guantánamo Files

1 May 2021 – Last week marked a decade since WikiLeaks published a tranche of 779 secret files from the US government’s Guantánamo Bay military prison, revealing in greater detail than ever before the global dragnet of illegal detention associated with the fraudulent “war on terror.” 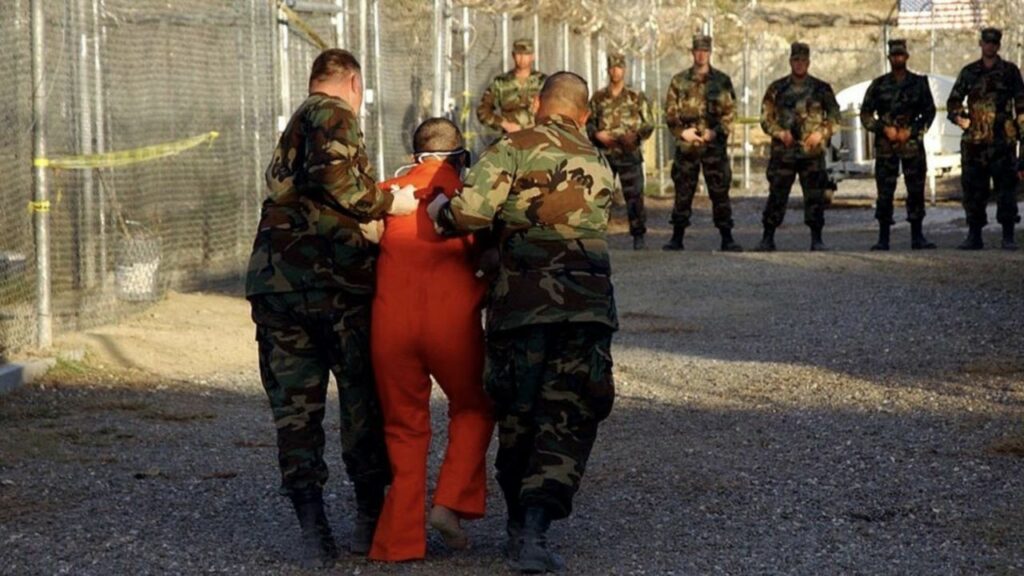 In the words of US state operatives themselves, the files demonstrated that the American authorities were imprisoning hundreds of people from Central Asia, the Middle East, North Africa and elsewhere, whom they knew were not guilty of terrorist offences or any other crimes.

Instead the prisoners were victims of a new lawless frontier, in which people were bundled into detention, often sold to the CIA by local authorities, secretly held in “black site” prisons, and transported to the other side of the world where they were indefinitely detained in the Guantánamo Bay facility, which by 2011 had already become synonymous with state torture.

The files are not only significant because of their content.

They are the last among four major releases for which the US government has charged WikiLeaks founder Julian Assange under the Espionage Act—the first time the draconian legislation has been deployed against a publisher. According to US prosecutors, who are seeking Assange’s extradition from Britain, the “crime” of exposing their government’s illegal detention regime should be punished by up to 40 years in prison, in a Supermax facility whose conditions would resemble those of Guantánamo itself.

WikiLeaks’ publication of the Guantánamo Files followed its earlier releases of the US army’s Iraq and Afghan war logs, which exposed thousands of illegal killings and violations of international law, and some 250,000 US diplomatic cables, revealing coups, illegal surveillance operations and other human rights abuses.

The files were provided to WikiLeaks by Chelsea Manning, the courageous US army whistleblower. She would be imprisoned for nearly seven years in conditions deemed by the United Nations to be torturous under Obama, before being detained again by the Trump administration in a failed bid to coerce her to give false testimony against Assange.

The Obama administration, in which Joe Biden served as vice president, was as hostile to the publication of the Guantánamo Files as the earlier WikiLeaks releases. It issued a statement, published by its virtual house organ the New York Times, declaring that the documents had been “illegally obtained” and remained “classified.” The government took the Orwellian step of informing the lawyers of Guantánamo Bay detainees that they were forbidden from clicking on any of the files, even after they had been published on the internet.

As part of his election campaign in 2008, Obama had pledged to close Guantánamo, in line with a broader posture of opposing some of the most blatantly illegal actions of the Bush administration. Three years later, Guantánamo remained in use, as it does today, and Obama was sharply escalating the illegal US war against Afghanistan, and opening up new fronts in US imperialism’s bid to dominate the Middle East and North Africa, including Syria and Libya.

A WikiLeaks statement, announcing the release of the files, said they proved that “the entire edifice constructed by the [US] government is fundamentally unsound, and that what the Guantánamo Files reveal, primarily, is that only a few dozen prisoners are genuinely accused of involvement in terrorism. The rest, these documents reveal on close inspection, were either innocent men and boys, seized by mistake, or Taliban foot soldiers, unconnected to terrorism.”

Taken together, the files provided “the anatomy of a colossal crime perpetrated by the US government on 779 prisoners who, for the most part, are not and never have been the terrorists the government would like us to believe they are.”

The documents included interviews, assessments and intelligence reports on the prisoners, prepared by the Pentagon’s Joint Task Force Guantánamo between 2002 and 2009.

Perhaps the most brazen demonstration of the illegality involved was provided by the files of the youngest and oldest detainees.

Naqib Ullah, a 14-year-old Afghan villager, had been taken into US custody on the ground that he may have known a local Taliban commander.

A 2002 assessment of Mohammed Sadiq, an 89-year-old Afghan man, blandly noted that his “current medical issues include major depressive disorder, senile dementia and osteoarthritis, for which he receives prescribed treatment,” as well as prostrate cancer. Sadiq was imprisoned because “suspicious documents” that did not belong to him were found in a raid of his house.

Their cases were far from unique. The files showed that at least 150 of the 800 prisoners over the period they covered were considered by the US authorities to be innocent of any crimes. Most of the others were deemed to be low-level foot soldiers, an assessment that was frequently based on flimsy evidence of undocumented associations with Taliban or Al Qaeda forces.

Some 204 of the 223 Afghan detainees would ultimately be repatriated, in a tacit admission of their innocence, along with 121 of 135 Saudi nationals and most of the Yemeni prisoners. Many had previously been assessed as “high risk” by the US jailors.

A WSWS article documented the revelations in 2011. It pointed to several examples that exposed the conscious criminality of the dragnet. In one instance, a Pakistani man was sent to Guantánamo after falling foul of the country’s authorities for having exposed their connections to Islamic extremist forces. A Libyan detainee was described as having been captured in Spain and Pakistan at the same time, with no attempt made to reconcile the contradiction.

Al Jazeera cameraman Sami al-Hajj was arrested in Pakistan and held at Guantánamo for six years. According to the files, the purpose of his imprisonment was to force him “to provide information on… the Al Jazeera news network’s training program, telecommunications equipment, and newsgathering operations in Chechnya, Kosovo and Afghanistan, including the network’s acquisition of a video of UBL [Osama bin Laden] and a subsequent interview with UBL.”

A similar picture emerged from many of the files. Detainees were arrested, in many cases sold to the US for cash, and then held indefinitely in a bid to turn them into American informants. To justify the continuing mass imprisonment, the US jailers cultivated a handful of sources at Guantánamo, who provided “evidence” against hundreds of other inmates.

The documents demonstrated that the victims included citizens of nations allied to the US, including British nationals. The US knew that many prisoners had been tortured en route, including at CIA “black sites” and in the prisons of America’s partners in the “war on terror.”

Almost 100 prisoners were listed as having major psychiatric disorders, resulting from their brutal treatment.

The WikiLeaks publications galvanised popular hostility to the neo-colonial wars in the Middle East and Central Asia and the accompanying attacks on democratic rights. They exposed, not only the criminality of the George W. Bush administration, but that of Obama and Biden, and a host of US allies, from Britain and Australia.

The US media sought to drown out the impact by focusing on the unsubstantiated statements of prisoners contained in the files, who told tales about the global reach and ambitions of Al Qaeda, some of them under duress. By 2011, the New York Times, which had earlier partnered with WikiLeaks, had decisively turned against the publishing organisation, joining the campaign against it and its then editor-in-chief Assange, which was spearheaded by the intelligence agencies.

A decade on, the files have lost none of their relevance, as the US-led wars continue, Guantánamo remains open, and Washington is preparing an even greater calamity than that which occurred over the past 20 years, by aggressively confronting China and Russia. The brutal assault on democratic rights with which Guantánamo is associated is being expanded, as governments around the world respond to mounting social opposition by turning to authoritarian forms of rule.

The anniversary underscores the necessity for workers and young people around the world to fight for Assange’s immediate freedom and against his extradition to the US.