The Architecture of a Nonviolent City

By replacing systems of violence with practices rooted in nonviolence, social justice movements are creating blueprints for nonviolent cities. 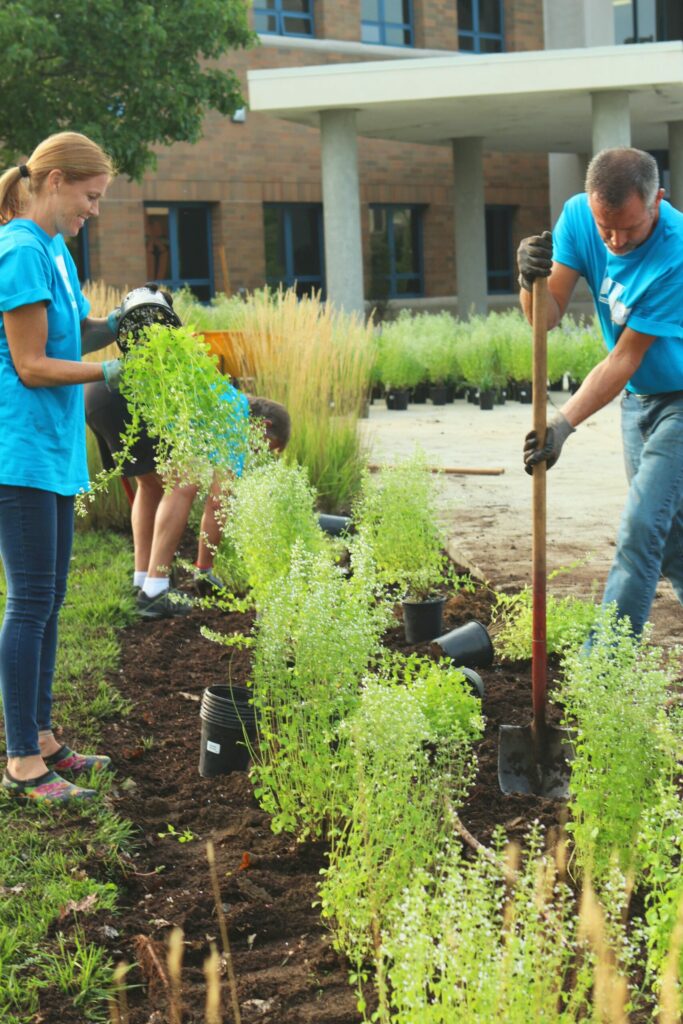 10 May 2021 – For several years, Pace e Bene has organized the Nonviolent Cities Project to help people envision and construct a city rooted in nonviolence, rather than violence. From Nonviolent Carbondale, Ohio, to Nonviolent Twin Cities, Minnesota, residents are challenging the culture of violence we live in. In Nonviolent Morro Bay, California; Nonviolent Austin, Texas; and Nonviolent Wilmington, Delaware citizens are proposing and implementing the necessary framework of a culture of nonviolence. In all these places and beyond (more than 50 cities have small and large Nonviolent Cities groups), they’re striving to transform their city in profound ways.

Pace e Bene/Campaign Nonviolence defines violence as more than just physical. It can take the forms of cultural violence, systemic and structural violence, emotional and psychological violence, institutional violence and more. Knowing that they are all connected, a Nonviolent City endeavors to transform all the ways that harm is being caused. In the United States, the culture of violence is endemic — our “norm” is rooted in domination, exploitation and oppression. A Nonviolent City turns this paradigm upside down and implements effective alternatives to violence. The goal is not to simply end violence and return to an illusion of “neutral,” but rather to embed so many practices and approaches rooted in nonviolence that violence, itself, has a hard time taking place.

A Nonviolent City endeavors to transform all the ways that harm is being caused.

What would a Nonviolent City look like? The blueprints of the architectural design are being sketched out by social justice movements across the country. These campaigns give us a vision for what a truly Nonviolent City might look like. In many ways, under dozens of different names, people are already replacing systems of violence with practices of nonviolence. Here are numerous examples from across the country to inspire us as we build Nonviolent Cities.

Community safety rooted in nonviolence is not only possible, it’s being actively used in many places. People across the country are building peace teams, street teams and community safety programs that rely on citizens to de-escalate violence rather than police. It is part of the broader work of offering alternatives to militarized policing and drastically changing the way policing works in the United States. Over 20 cities have voted to defund police and fund other programs aimed at responding to crises or crimes. In addition to important laws requiring officers to intervene in fellow officers’ brutality, banning no-knock warrants, ending qualified immunity and passing other reforms, these alternatives give us viable ways to keep our communities safe without relying on the current style of policing.

A Nonviolent City actively teaches nonviolence to its residents. Schools, in particular, can integrate nonviolence trainings into their lesson plans, as the Nonviolent Schools Project is doing with Kingian Nonviolence. Using restorative justice, social-emotional learning, anti-bullying and conflict transformation, schools can help young people gain skills they’ll need throughout their lives. They can shift history curricula to emphasize the efforts of nonviolent movements striving for social justice rather than a litany of wars. They can also take tangible steps to end violent practices — including racism, sexism, ageism and anti-LGBTQIA attitudes or policies — within their staff, students and institutions. Another important step is removing cops from campus and restoring police-free schools, as two-thirds of U.S. students have requested. These changes at schools would also dismantle to school-to-prison pipeline.

A Nonviolent City strives to clean up its ecological footprint, and practice nonviolence toward the planet as well as toward people. This includes encouraging cycling, renewable power and energy efficiency, protecting Urban Green Spaces, reducing air pollution (which kills 8.7 million people each year), implementing Net-Zero Strategies in development and more. Nonviolent Cities ban pesticides from public parks, knowing that Roundup kills 96 percent of bees within 24 hours of being used. They also reject environmental racism and ensure that all communities and neighborhoods are protected from toxins and pollution. Local newspapers regularly report on how the city can implement policies and practices that protect the well-being of the Earth. The journals can even collaborate with locals to publish an edition from 2040, like the Camden Future/New Journal did in the United Kingdom.

Neighborhoods and cities can reduce car traffic with car-free streets and low traffic neighborhoods. In Barcelona, “super-blocks” have been closed off to motorized vehicles, creating safer open space for kids, bicyclists, hanging out, pedestrians and more. Even reducing and slowing traffic with planters, speed-bumps and one-lane streets can keep people, especially children, safer. Organizers in London urge thoughtfulness in implementation to ensure that disparities are not increased between the privileges of some versus other neighborhoods and communities.

Gandhi called poverty “the worst form of violence.” A Nonviolent City strives to dismantle the inequalities and injustices that cause poverty, including economic injustice, lack of living wages and affordable housing, and so much more. At the same time, a Nonviolent City intervenes directly in food insecurity, evictions, crackdowns on the unhoused. Housing justice is a crucial way of intervening in poverty. Moms4Housing in Oakland, California, inspired others in Los Angeles and Philadelphia to occupy vacant homes to demand that they be taken off the speculative market and turned into affordable housing. In Minneapolis, tenant unions stand up to the ways billionaire landlords snatch up housing and then neglect the tenants. Other “social housing” solutions include community land trusts, tenant co-ops and publicly-owned housing.

A Nonviolent City strives to dismantle the inequalities and injustices that cause poverty.

A Nonviolent City stands up for the rights of unhoused persons, resisting the notorious “Homeless Hate Laws” that ban sitting, sleeping and lying down. They advocate for Housing First approaches which puts people into homes and then helps with wrap-around services. In Los Angeles, a judge ordered the city and county to house people rather than arrest them. This is a model that could be supported in every Nonviolent City. When it comes to ending hunger, people have a number of approaches. Some support groups like Food Not Bombs, who share food with those without homes. Others build community gardens to fight food insecurity, like these community gardens in Atlanta run by Queer and Latinx community members or the mini-gardens in Humboldt. Community Pantries or Little Free Fridges do the same. Mutual Aid Networks counter poverty and classism at the same time.

A Nonviolent City pushes its city government to take a bold stand for peace and nonviolence, not only in making a proclamation or resolution in support of being a Nonviolent City, but also joining Compassionate Communities, Mayors For Peace and International Cities For Peace, becoming a nuke-free zone and supporting nuclear bans. They also work to become a Sanctuary City, actively resisting the violence of unjust immigration policies, child detentions, deportations and family separation. They divest their city funds from banks that fund violence, and work with campaigns like Don’t Bank on the Bomb, Weapon Free Funds, World Beyond War’s divestment program. While working for weapons divestment, a Nonviolent City also pushes to divest from the violence of fossil fuels and the climate crisis.

A Nonviolent City also actively pushes for broad political freedoms and protections for those using nonviolent action to work for social change. There are 81 new bills before state lawmakers criminalizing protest, some in retaliation aimed at racial justice campaigns, others targeting anti-pipeline actions. Nonviolent Cities can not only reject these infringements on civil liberties, but also protect the right to assemble, protest, demonstrate, march and use a wider range of nonviolent actions like strikes, boycotts, sit-ins, walk-outs and civil disobedience. Indeed, a Nonviolent City actively supports the formation of nonviolent movements for justice. They foster spaces for training and organizing, network building and coalition forming. They help alert, educate and mobilize the city’s populace to generate the people-power needed to make structural changes or advance important policy shifts.

These are just some starting points. This list is far from exhaustive. There are many more creative campaigns for nonviolent solutions happening throughout the country, and even around the world.

Throughout the year, our Nonviolent Cities coordinators try to replace systems and structures of violence with nonviolent alternatives. It’s a tall order and a tough job, but it’s powerful, transformative work. Rather than trying to launch a thousand new initiatives, Nonviolent Cities teams can find ways to leverage their group in support of these efforts and campaigns. Collaboration is a cornerstone of a nonviolent approach, and our Nonviolent Cities groups can help amplify, endorse, support, mobilize, volunteer and work with other local efforts to implement what we call “nonviolent solutions.” Find out more about our Nonviolent Cities here.