Time to Talk about That Other Existential Threat to the Planet

A Nanos poll commissioned by a coalition of peace groups suggests Canadians are shaking off their indifference to nuclear war amid the pandemic. 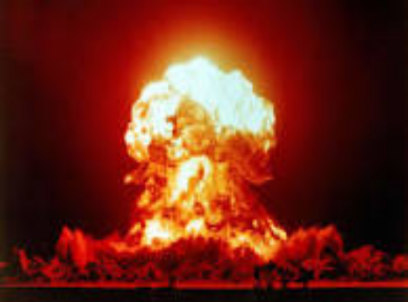 26 Apr 2021 – Even in the depths of COVID-19, a large majority of Canadians want Parliament to debate the third existential threat facing humanity in addition to climate change and the pandemic – nuclear weapons.

A new poll released by Nanos Research has found that 85 per cent of Canadians believe Canada is not prepared to deal with a nuclear catastrophe. Canadians agreed or somewhat agreed that no government, health system or aid organization could respond to the devastation if nuclear weapons were detonated somewhere in the world. The poll surveyed 1,007 Canadians earlier this month.

Commissioned by the Toronto-based Hiroshima Nagasaki Day Coalition, the Simons Foundation Canada in Vancouver, and le Collectif Échec à la Guerre in Montreal, the poll found that three-quarters of Canadians support Canada working toward nuclear disarmament and signing and ratifying the United Nations Treaty on the Prohibition of Nuclear Weapons, which became international law in January. The same percentage of Canadians agreed that Canada should join the UN Treaty even if, as a member of NATO, it came under pressure from the United States not to do so. The U.S. has expressed strong opposition to the treaty.

In January, peace groups in English Canada and Quebec published a joint appeal in the Ottawa Hill Times calling on Parliament to debate the UN treaty. The appeal, signed by more than 400 groups and individuals, reminded MPs that an exchange of even 1 per cent of the global arsenal of 13,400 nuclear weapons would kill millions of people and plunge the planet into a nuclear winter and widespread famine.

Of Canadians polled, 50 per cent said they would be more likely to support a political party that advocated Canada ratify the treaty. The Green Party, NDP and Bloc Québécois support the UN Treaty but the Liberal government opposed signing the agreement requiring ratifying nations to “never under any circumstances develop, test, produce, manufacture, otherwise acquire, possess or stockpile nuclear weapons or other nuclear explosive devices.”

Eighty-six per cent of Canadians polled said nuclear weapons should be eliminated entirely. More than 70 per cent said they would consider pulling financial support from financial institutions or investments backing the “development, manufacture or deployment of nuclear weapons.” Only nine per cent think it is acceptable for countries to have nuclear weapons for protection.

Thurlow, who co-accepted the Nobel Peace Prize awarded to the International Campaign to Abolish Nuclear Weapons in 2017, says it’s time for MPs “to debate what role Canada can play in the abolition of nuclear weapons.”

Anton Wagner is a member of the Hiroshima Nagasaki Day Coalition and producer and director of the documentary Our Hiroshima.