The Ganges Is Returning the Dead. It Does Not Lie. 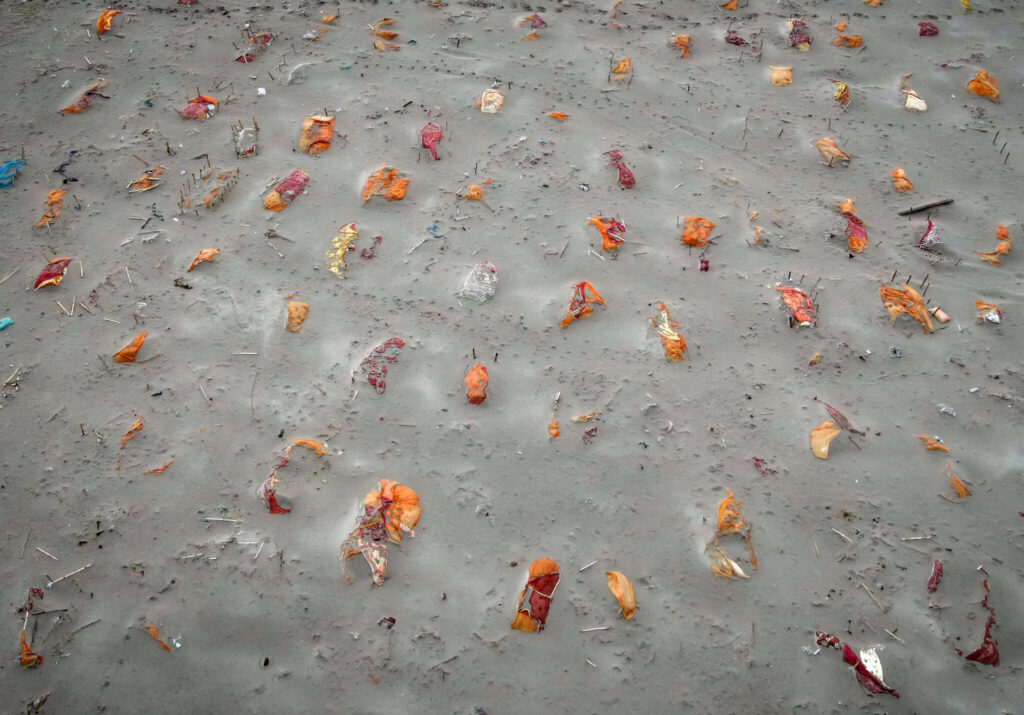 Corpses wrapped in shrouds were exposed along the banks of the Ganges River in Shringverpur, in India’s state of Uttar Pradesh, after rains washed away the top layer of sand in late May. Ritesh Shukla/Getty Images

17 Jun 2021 – The Ganges, or Ganga, is the holiest of India’s rivers, and most Hindus believe that dipping their body in it will purify their soul. But when the second wave of the Covid-19 pandemic hit this spring, the river also became Exhibit A for the Modi administration’s failures and deceptions.

The northern state of Bihar recently revised its death toll for April and May from 5,424 to 9,375. Private agencies tasked with conducting coronavirus tests at Kumbh Mela, a Hindu religious festival in northern India that attracted millions of pilgrims in April — and turned out to be a coronavirus superspreader event — reportedly falsified some 100,000 results.

The second wave of infections appears to be ebbing, but the country is struggling to process the staggering toll — nearly 380,000 people dead, the vast majority since just March — hobbled by the continuing obfuscation of both local and central authorities. But the holy Ganges does not lie.

On May 12, villagers in Buxar, a district in Bihar, found bloated and disfigured corpses floating in the river. Some 100 bodies were fished out there and in a district upstream, Ghazipur. A local senior police officer said the bodies had traveled downriver from Uttar Pradesh, India’s most populous state.

I am the national editor of Dainik Bhaskar, a Hindi-language newspaper that sells about five and a half million copies a day across India, mostly to readers in small towns and villages. To get a clearer sense of the devastation caused by the pandemic among them, we sent 30 reporters and photojournalists to walk the banks of the Ganges in major cities and districts in Uttar Pradesh.

Our reporters counted 2,000 bodies on May 12 and 13 alone as they traveled 700 miles along the river. The bodies weren’t only floating in it; on some days, 65 or 70 were washing up on its shores. Yet by our calculations, based on official data, the state authorities claim that just 7,826 people died from Covid-19 from April 1 to May 13.

Shringverpur, a small village in southern Uttar Pradesh, is considered holy for its association with Lord Rama, a Hindu deity and the protagonist of the epic poem “Ramayana.” Our reporters saw many bodies buried just a yard apart; hundreds of saffron shrouds wrapped around the corpses were poking up from the ground. Poor villagers who couldn’t afford to buy wood to cremate their kin had sought some solace by burying them near a sacred site.

After more reporting, we estimated that between mid-April and mid-May some 4,000 corpses had been placed in shallow pits by the river along a stretch of less than one mile. 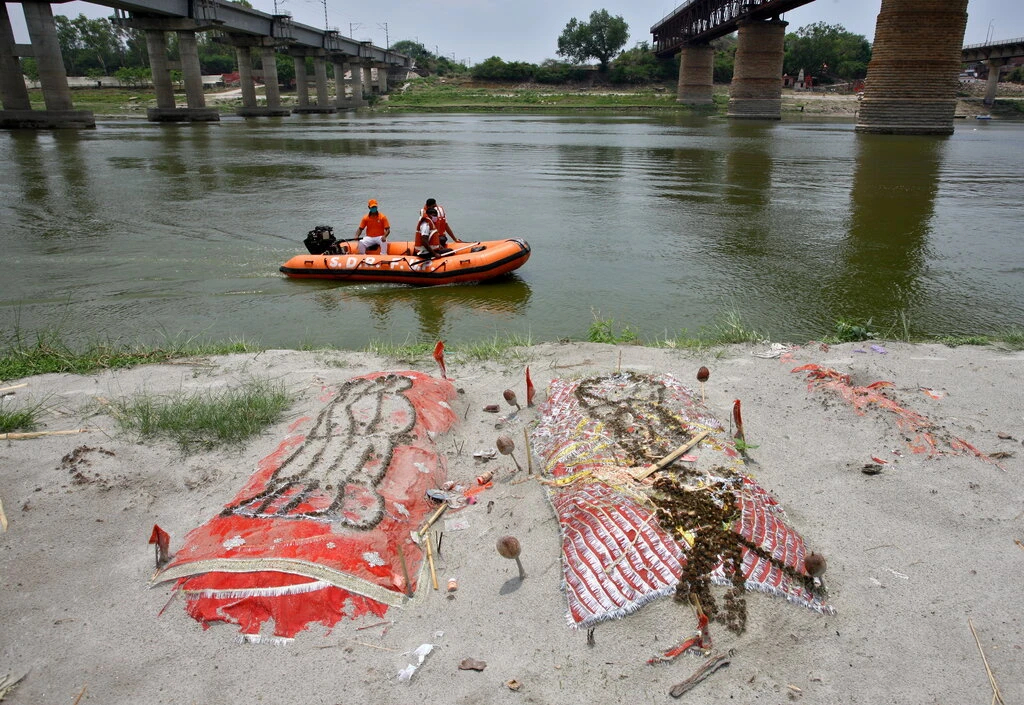 We might never have heard of this tragedy but for the weather. Rains in early May swelled the Ganges, tossing corpses up to the river’s surface and onto its shores. They washed dirt from the banks, exposing the bodies buried there.

Uttar Pradesh has been governed by the Bharatiya Janata Party of Prime Minister Narendra Modi since March 2017, under Chief Minister Yogi Adityanath, a Hindu monk turned politician. Mr. Adityanath’s response in April to grave shortages of oxygen, ventilators and beds in intensive care units throughout the state and to the images of overcrowded cemeteries and crematories was to issue denials and threats. He directed state officials to invoke antiterrorism laws against and seize property from people he accused of spreading rumors.

The Uttar Pradesh government records only deaths in hospitals. Yet many people from villages, where access to health care is limited, have been dying at home.

In mid-May, a doctor in Reotipur, a town of about 70,000 in Ghazipur — the only doctor there — told one of our reporters that about 850 people had tested positive for the coronavirus. Some residents told him that around 200 people there died in April.

“We are poor people,” Mahendranath Upadhyay, who lost three members of his family to Covid-19, told our reporter. “We barely manage to earn enough to eat. We don’t have the money for medical treatment.”

Rural poverty has exacerbated the effects of the second wave of infections, but it was the Modi government’s callous disregard that triggered the latest surge. The authorities allowed the Kumbh Mela pilgrimage, one of the world’s largest religious gatherings, in the spring, as well as elections in several states, including Uttar Pradesh.

And now, with just 3.4 percent of Indians fully vaccinated, there is good reason to fear a devastating third wave.

When Mr. Modi campaigned to become prime minister in 2014, he ran for a parliamentary seat from Varanasi, a holy city on the Ganges in Uttar Pradesh. He said then, “I feel Mother Ganga has called me to Varanasi.” Today, the Ganges is calling him out.

Om Gaur is the national editor of Dainik Bhaskar, a leading Hindi-language newspaper that has conducted extensive reporting on the death toll from Covid-19 in India.

This essay was translated from the Hindi by Nidhi Samar Singh.