The USA Has Very Little to Gain by Overdemonizing China

Editor’s Note: Writing in the Washington Post, Michael O’Hanlon argues that “while the Biden administration suggests that we compete against Beijing in some realms, cooperate with it in others, and confront the Chinese where we must, Washington seems all too willing to overemphasize this last leg of the policy triad.” 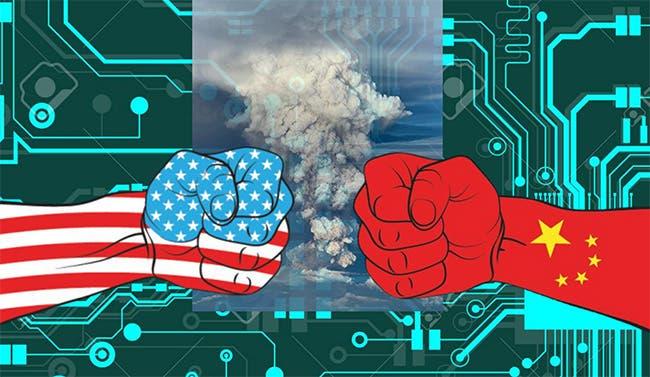 14 Apr 2021 – The recent bipartisan push in the United States to be tough on China seems to be confirming the adage: If it’s worth doing, it’s worth overdoing. While the Biden administration suggests that we compete against Beijing in some realms, cooperate with it in others and confront the Chinese where we must, Washington seems all too willing to overemphasize this last leg of the policy triad.

An important aspect of this is the decision to designate China as a perpetrator of genocide for its treatment of the Uyghur population in Xinjiang. “Genocide” is a big and loaded term. Its use here seems historically and legally inappropriate, and purposefully incendiary within the U.S.-China relationship. But the genocide designation is simply emblematic of a broader tendency toward the demonization of China in American foreign policy that is trending toward dangerous groupthink.

To be sure, Beijing’s policies against the Uyghurs, a mostly Muslim group of Turkic ethnicity, have been horrendous. Detentions, “reeducation camps,” forced sterilizations and even some forced abortions require strong pushback. The United States has been correct to level stern public criticism against Beijing for these practices, and to impose targeted sanctions as well. Combined with repression of democracy in Hong Kong, ongoing stifling of dissent, assertive behavior in the South and East China Seas and threats against Taiwan, China under President Xi Jinping has given the world plenty of reason for worry.

But none of this equates to genocide, as the term was first coined in 1944 by the Polish lawyer Raphael Lemkin in the context of the ongoing Holocaust in Germany. As former U.S. ambassador to the United Nations Samantha Power documented in her book “A Problem from Hell,”the concept also has roots in the Ottoman Empire’s deliberate mass killings of hundreds of thousands of Armenians in 1915. The Genocide Convention of 1948 formalizes the definition in Article II:

In the present Convention, genocide means any of the following acts committed with intent to destroy, in whole or in part, a national, ethnical, racial or religious group, as such:

China has indeed carried out some of the latter actions against the Uyghurs in individual cases, and its use of reeducation and forced labor camps has affected huge numbers. But genocide historically has described the killings of hundreds of thousands or millions of individuals. Nothing close to that has occurred against the Uyghurs. Moreover, for all of China’s forced-assimilation and demographic-dilution efforts in Xinjiang, there is no compelling evidence of a plan to “destroy” the group, so Chinese behavior does not meet the definition of genocide based on the concept of intent as noted in Article II.

Yes, the United States must be resolute in response to China’s rise. But there should be simultaneous efforts at reassurance or de-escalation, rather than deliberate provocation.

Alas, Washington frequently seems to be ignoring the reassurance part. In the economic sphere, President Donald Trump was on reasonable ground in using the Committee on Foreign Investment in the United States to impede Chinese acquisitions of American high-tech assets and companies. He was also right to mount a global campaign against Huawei’s ambitions to build 5G networks throughout much of the world. President Biden has been correct in sustaining these policies. But Trump’s sweeping use of tariffs was less constructive — and, so far at least, Biden has retained them.

In the military domain, the problems could be even greater. Since at least 2015, with the Obama administration’s “Third Offset” strategy, the Pentagon has considered China its pacing threat. That makes sense. However, things started to go too far under Trump, with the 2017 National Security Strategy and 2018 National Defense Strategy.

This is largely because war plans have apparently moved toward rapid escalation in the early phases of any battle, with emphasis on succeeding in the “contact” and “blunt” phases of conflict. The tendency has become bipartisan; a former Obama administration official has recently called for developing the capacity to sink 350 Chinese ships within 72 hours of the onset of any conflict. Elements of these ideas may be justifiable. But taken together, without adequate efforts at reassurance, and with the addition of accelerants like the genocide designation, they could make it much harder to navigate any future crises that develop — as they likely will.

We have seen this kind of thing before in American foreign policy. During the Cold War, reasonable concern with Stalin, Mao and global communism led to not only the smart intervention in Korea and the construction of alliance systems in Europe and Asia, but also the Vietnam imbroglio. In 2002 and 2003, bipartisan fervor to respond decisively to the 9/11 attacks led us to a poorly prepared Iraq intervention. Many Democrats (including a majority of Senate Democrats) were supportive at the time (to an extent, I was myself), just as both parties supported Vietnam for years — reflecting a national proclivity at times toward hawkish groupthink on matters of national security.

As a nation, we have understood many of the lessons of World War II and the Cold War very well, including the dangers of appeasement. But we have tended to under-appreciate those of World War I — especially about how rivalrous great powers can stumble into war when diplomacy breaks down and military machines gin up.