What Are Atomic Bomb Quasicrystals, and Why Do They Matter? 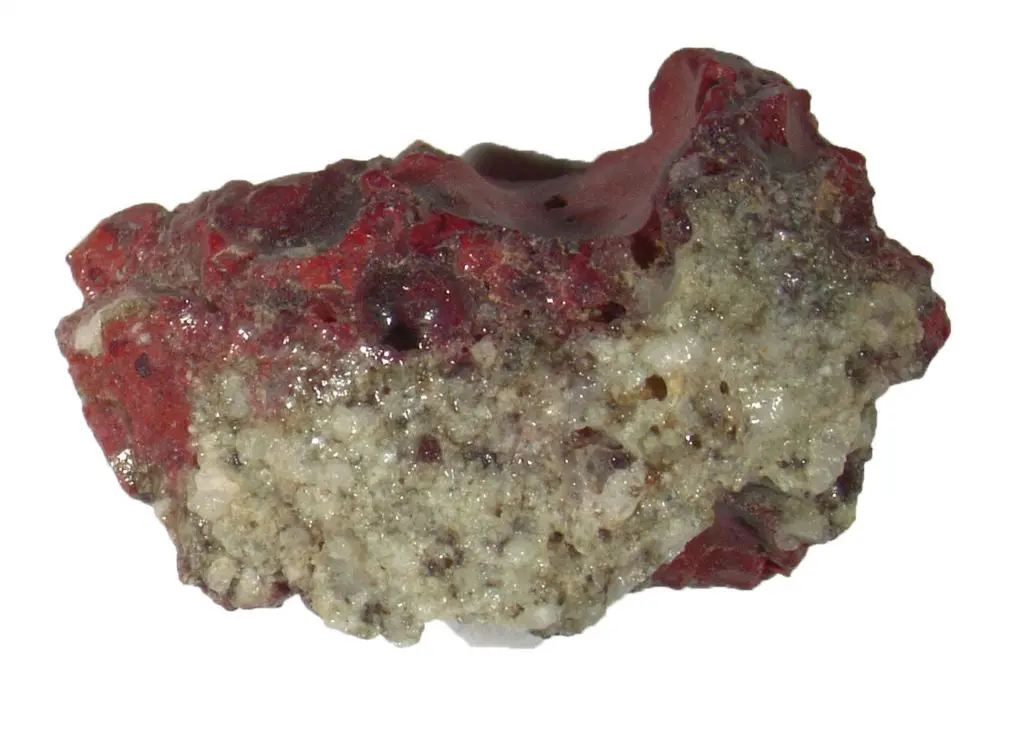 9 Jun 2021 – Theoretical physicist Edward Teller applied sunscreen as he stood in a remote section of the New Mexico desert before dawn on the morning of July 16, 1945. He sought to protect his skin from light rays emitted by the scheduled test of Gadget—a plutonium-powered nuclear bomb. Richard Feynman, another theoretical physicist, turned his radio dial to a classical music station. As the countdown began, the assembled crowd grew quiet. Gadget’s detonation drowned out the arias and exploded into an orange and yellow fireball that temporarily blinded onlookers. The blast, which packed the power of 21,000 tons of TNT, vaporized the steel tower on which the bomb had stood. Its mushroom cloud grew eight miles high. Desert sand melted. Radiation filled the air.

Also, amidst the destruction, something lovely was born. Mathematically perfect quasicrystals—a “forbidden” kind of matter whose existence had long been contested—rained down in the debris, though that discovery would not be made for another 75 years.

“We searched through grain by grain repeatedly. It takes nutty determination,” said Paul Steinhardt, lead author on a recent paper announcing the discovery. This quasicrystal evidence from the first atomic bomb test—codenamed Trinity—holds promise as an analytical tool that could help determine (for one example) who was responsible for a terrorist nuclear attack. But this unusual matter formed at the birth of the atomic age also raises important questions about the nature of all matter in the universe.

What are quasicrystals, and why were they “forbidden?” Mathematicians have long known that shapes observe strict rules when they are arranged in ordered, periodic (repetitive) patterns. For example, wallpaper designs are often based on symmetric patterns that repeat in predictable ways.

The crystallographic classification of minerals—such as sugar, salt, or diamonds—was based on the mathematical theory of ordered, repeated patterns. That is, arrangements of atoms were thought to be either disordered or ordered, and the only possibility in the latter case involved repetitive, three-dimensional compositions.

Of course, mathematicians knew that that ordered, non-repetitive patterns existed—at least in theory. British mathematician Sir Roger Penrose, for example, created many such designs. Scientists, however, were slow to consider the possibility that natural materials whose atomic structures mimic these properties—quasicrystals—might exist.

“All of us who worked on quasicrystals were mocked,” recalls Steinhardt. “We were fighting against the laws of crystallography that appear in every textbook and saying that they had missed something.”

Engineer and materials scientist Daniel Shechtman beat Steinhardt to finding the first quasicrystal, which he discovered in an aluminum and manganese alloy in a laboratory setting. Upon announcing his discovery, Nobel Prize recipient in chemistry Linus Pauling said, “There are no quasicrystals, just quasi-scientists.” But Pauling was wrong; atomic building blocks could break crystallographic laws. Shechtman later won the Nobel Prize in chemistry for his discovery.

As for Steinhardt, he remained in active pursuit—a pursuit many colleagues deemed foolish—for quasicrystals outside of the highly controlled conditions of lab.

“In the field of materials science or condensed matter physics, to have a nice mathematical idea but no physical manifestation makes you a loser. I decided, I’d better spend some time trying to look for such materials,” Steinhardt said.

Why does atomic bomb debris harbor quasicrystals? Steinhardt and his colleague Luca Bindi embarked on a quest that took their team to remote Eastern Russia to examine some grains measuring only a few microns long in objects that looked like rocks. The “rocks” turned out to be meteorites formed in space at the beginning of the solar system from a high-impact collision. Squished in the mess of meteorite materials, they found the first quasicrystals in nature, which they named icosahedrite.

“It means our intuition about what’s complex and difficult to form when it comes to matter is off. We’re overestimating how difficult it is,” Steinhardt said. His working hypothesis was that quasicrystals could form under the extreme heat and pressure of a high-impact, uncontrolled collision. He tried to think of a blast with these qualities, especially one with an unmistakable timestamp.

That was when he thought of Gadget’s glass-like debris—known as trinitite, named for Trinity—formed when desert sand, steel from the tower, and copper transmission wires melted under the blast’s shock conditions. Trinitite comes in two colors: red and green. Red trinitite, which is much rarer than green trinitite, includes metal from Gadget’s tower and transmission lines.

“A lot of our quasicrystals had metal in them. The red stuff seemed to be the one to go for,” Steinhardt said.

Sure enough, in a 10-micron grain from a piece of red trinitite that measured only a few millimeters, Steinhardt and Bindi’s team found quasicrystals. Also, the exquisite sample differed from those that had been formed in the lab, from the ones he had found in the meteorite, and others that had since been discovered in fulgurites—tube-like formations in sand or rock caused by lightning. Each new quasicrystal discovery unveiled yet another unique, quasi-kaleidoscopic atomic structure once thought to be impossible in natural or anthropogenic matter.

“In terms of quasicrystals, we had only scratched the surface of symmetries that are possible, out of in infinitude of symmetries,” Steinhardt said.

How might quasicrystals assist with nuclear forensics? Imagine the following scenario: A nuclear bomb is detonated in a US population center such as New York City, Chicago, or Los Angeles. A global array of seismic sensors and satellite instruments that monitor nuclear test ban treaty adherence would detect the blast, confirm that it was nuclear, and indicate its magnitude. But none of these devices would answer the pressing question: Who’s responsible for the blast?

“There are questions that require the analysis of bomb debris to answer,” said Timothy Ashenfelter, senior program manager for nuclear forensics at the National Nuclear Security Administration.

In the imagined scenario, the bomb builders likely built the device with materials that were available to them locally and with fuel obtained through the black market, theft, or a donation from a government that sponsors terrorists. Yet the chemical and physical properties of the bomb’s original components may have changed during the blast and its chemical condensation into a fireball. To analyze the debris for clues about its origins, investigators often rely on historic data from more than 1,000 past nuclear tests. Such forensic investigations date back to 1945 when Manhattan Project scientists at the Los Alamos National Laboratory analyzed Trinity test debris.

“[W]e refine our nuclear forensics capabilities to deter any hostile state from actively facilitating nuclear terrorist attacks against our nation or our allies, as well as to hold states accountable for any inadvertent loss of nuclear material,” said Ashenfelter. “The purpose of nuclear forensic capabilities is ultimately to influence foreign states’ behavior.”

The discovery of unique quasicrystals in trinitite offers hope of a new nuclear forensic tool, though understanding the merit of this claim will take time. The hypothesis is that objects subjected to precise but extreme temperature and pressure conditions atypical on Earth—think of the power of a nuclear blast—will have similar quasicrystalline atomic structures. Researchers would first need to collect material from past nuclear tests for which they have temperature, pressure, and shock metrics to understand how the atomic structure of materials changed in the presence of nuclear reactions. If quasicrystal evidence is consistent across sites with similar metrics, researchers could then create a database that might later be used as a diagnostic tool.

Must atomic bomb quasicrystals help with nuclear forensics to matter? Long ago, scientists could not imagine that quasicrystalline atomic structures existed in natural or man-made materials because they found them too complicated. But then quasicrystals were discovered in the laboratory and in the aftermath of meteor crashes, lightning strikes, and atomic bomb blasts. Meanwhile, the universe’s stage offers an abundance of uninvestigated meteor crashes and other high-impact collisions.

“On the surface of the earth, we only see a small selection of minerals formed under very slow conditions in an oxygenated atmosphere, which really constrains what materials you can form. Maybe that’s atypical for the universe. Maybe [quasicrystals] are much more ubiquitous than we imagine,” Steinhardt said.

Immediately following the Trinity test blast, Robert Oppenheimer, the “father of the atomic bomb,” reportedly quoted the Bhagavad Gita: “Now I become death, the destroyer of worlds.” Yet in that same moment, other-worldly quasicrystals offered an unspoken invitation to become life, the creator of worlds. Trinitite’s quasicrystals matter not only because of their potential utility. They matter because they serve as a reminder that the universe reveals its beautiful, complex secrets over time. For as long as humanity fends off the existential threat of nuclear war, quasicrystals invite humanity to witness that unfolding beauty.

Susan D’Agostino is an associate editor at the Bulletin of the Atomic Scientists. Her writing has been published in The Atlantic, Quanta Magazine, Scientific American, The Washington Post, BBC Science Focus, Nature, Financial Times, Undark Magazine, Discover, Slate, Times Higher Education, and The Chronicle of Higher Education,… Read More