Right-wing media is melting down over President Biden’s push to … inoculate people against a virus that has killed more than 600,000 Americans. 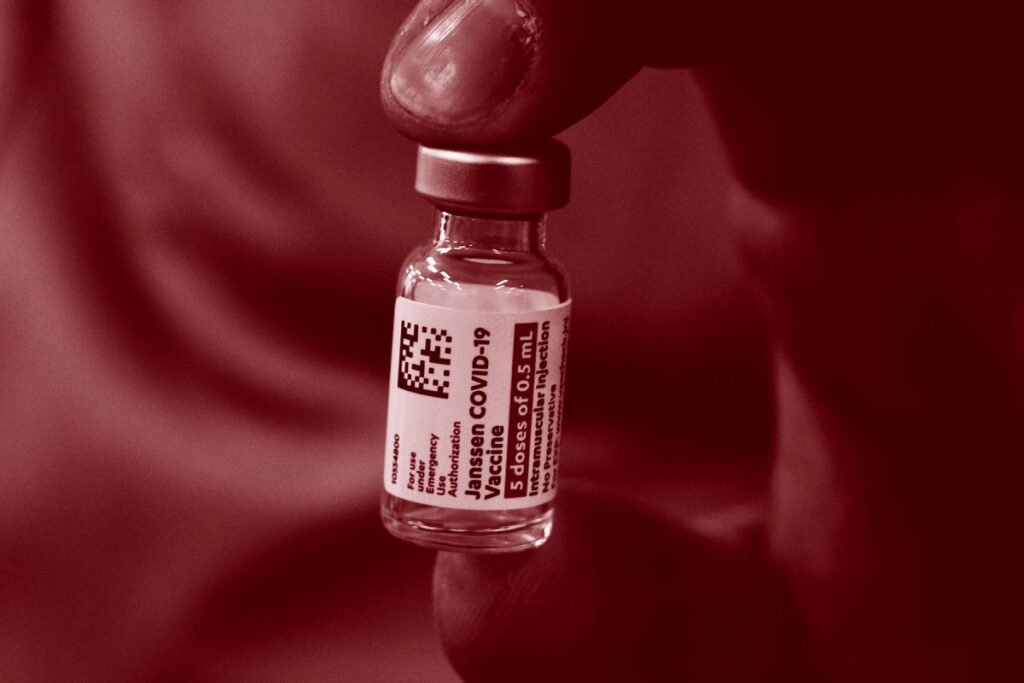 Kilmeade continues his crusade against the Biden administration for wanting to get people vaccinated: "It's unbelievable how offensive this admin is getting with a pandemic that is clearly on the run … This admin is panicking and they are infiltrating our lives" pic.twitter.com/FCRJZnXPCI

Kilmeade is correct in noting that the U.S. has done a good job tamping down Covid-19, and even that the virus is now “on the run.” The reason for this is simple: People are getting vaccinated. A recent Associated Press analysis of government data found that 98.9 percent of Covid-related hospitalizations are among the unvaccinated. Same goes for 99.2 percent of Covid-related deaths. This is a reason to keep vaccinating people, not to stop vaccinating people, especially as the highly contagious Delta variant is spreading around the world.

Kilmeade’s morning musings are only a small example of the vaccine hysteria that has exploded across right-wing media since Biden gave an address on Tuesday calling for a “community-by-community, neighborhood-by-neighborhood, and oft times door-to-door, literally knocking on doors” campaign to get people vaccinated. The speech was pretty innocuous, but conservatives are seizing on the door-knocking image as an example of, as former White House doctor Rep. Ronny Jackson (R-Texas) so eloquently put it on Friday, “socialist communist Marxist” overreach. Conservatives are now not only questioning the vaccine, they’re pushing full-blown anti-vaccination propaganda.

Matthew Gertz of Media Matters compiled a sampling of what the watchdog has noticed on Fox News, including a guest telling Laura Ingraham that “no one under the age of 30” should be vaccinated. Meanwhile, Ingraham’s chyron described “THE LEFT’S CONSTANT COVID POWER GRAB.”

Fox hosts are relentlessly attacking the vaccination campaign against the coronavirus. Their nightly effort to delegitimize the vaccines is a big problem. https://t.co/2gfLo7UXIm pic.twitter.com/y7OdhuVst1

It’s unclear how vaccinating people against a virus that has now killed more than 600,000 Americans and 4 million people worldwide constitutes some sort of Democratic power play, but that doesn’t even matter. The idea is displayed in all caps for Ingraham’s viewers to absorb in all its incoherence, and absorb it they have. According to an ABC/Washington Post poll released over Fourth of July, 93 percent of Democrats have either been vaccinated or plan to get vaccinated, compared to only 49 percent of Republicans.

The QAnon contingent in Congress isn’t helping matters. Rep. Lauren Boebert (R-Colo.) tweeted this week that Biden is sending “Needle Nazis” to her district, referring to the vaccine as the “experimental vaccine.” Rep. Marjorie Taylor Green (R-Ga.) wrote that “no one cares about the Delta variant” and that “all voters are over Covid.” As Phillip Bump of The Washington Post points out, Greene’s district in Georgia is one of the least vaccinated in the nation. So is Boebert’s in Colorado. In fact, according to a Harvard analysis, of the 50 least-vaccinated congressional districts in America, 46 are represented by Republicans.

The right’s campaign to keep people unvaccinated is starting to extend beyond Fox News chyrons and tweets. Republican lawmakers in Tennessee have for weeks been attacking the state’s health commissioner for “peer pressuring” teenagers about getting vaccinated. The Tennesseean reported on Thursday that the the state’s Health Department has now “instructed its county-level employees to halt vaccination events focused on adolescents and stop online outreach to teens” as a result of the pressure from elected officials.

Republicans said the health officials were “peer pressuring” kids to get vaccinated. So officials deleted a digital flyer it used to recommend vaccinations.

You may ask yourself: How pushy was the flyer?

The Tennessee Department of Health’s reversal — which has included the deletion of some pro-vaccine Twitter and Facebook posts — is especially concerning considering how quickly the Delta variant could spread. “This variant is simply more transmissible,” Dr. David Aronoff, an infectious disease expert at Vanderbilt University, told the paper. “If it gets into populations that are not vaccinated, it will sneak into and through and across those groups more quickly than the original virus, which already did a pretty good job of spreading on its own.”

“Those groups” are plentiful in Tennessee, which ranks seventh-lowest in the nation in percentage of the population to have received at least one shot, according to The New York Times. States that voted for Trump in November occupy 21 of the bottom 22 slots on the list. Fox News is more hell-bent than ever on keeping it that way.